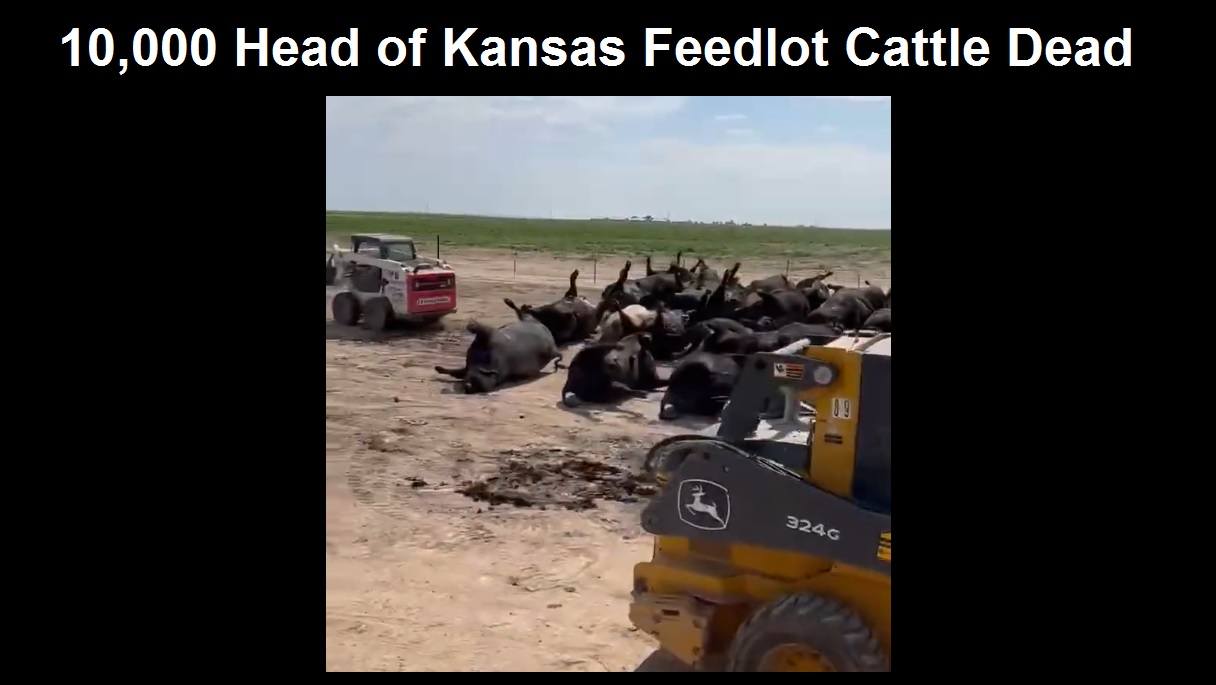 Multiple news sources are reporting that thousands of feedlot cattle have died in Kansas, and they are blaming it on the heat.

Many farmers have chimed in on social media, however, stating that cattle don’t usually die like this simply because of heat, especially in the southern cattle producing states, such as Texas which have long, hot summers.

Because these are “feedlot” cattle living in close quarters and being fed commercial feed, rather than cattle that graze on pasture, some have speculated it could have been poisoning, while others are theorizing it could be EMF radiation such as from 5G towers, as there is some precedence of EMF radiation poisoning harming cattle in the past.

Apparently this is video of the 3000 cattle that died in SW Kansas. Original tweet said heat, farmer I talked in Kansas said it wasn’t the heat. pic.twitter.com/OlPks10ji8

The current heat wave blazing through Kansas feedlots has killed an estimated 10,000 head of fat cattle.

Final death numbers continue to come in, but that early estimate was shared with DTN by livestock experts, who put the geographical center point for those deaths at Ulysses, Kansas.

DTN calls to feedlots in the area and to ranchers whose branded animals were seen in some privately shared photos of dead cattle were not immediately returned.

What is known is that leading up to these heartbreaking losses, temperatures in the area were over 100 degrees Fahrenheit, there was humidity, and there was little to no wind to help cool the animals. Temperature readings reported for Ulysses began to exceed the 100-degree mark on June 11. By June 13, the high temperature was reported at 104 degrees, with humidity levels ranging from 18% to 35%. Temperature and humidity levels began to break some on June 14. Just a few days prior to the heat setting in, highs had been in the 80s.