15 Ways to Say Goodbye in German

Saying goodbye in German is just as important as saying hello. After all, farewells are just like Thanos: inevitable. Once you’ve started a conversation with the proper greeting, you must also end it in style at some point. So if you’re ready to say goodbye to your German friends but are not quite sure how to put it, you’ve come to the right place.

Here are 15 different ways to say goodbye in German – from the well-known Auf Wiedersehen to different variations of “see you later”. They will all come in handy sooner or later if you want to learn German and speak it like a native.

Auf Wiedersehen is the most popular way to say goodbye in German. It’s standard and neutral, so it can be used safely in all formal social contexts or whenever you feel you shouldn’t use a casual goodbye.

While Germans use it to say “goodbye”, it literally translates to “see you again”.

Similarly, Auf Wiederhören can be used at the end of a conversation that took place over the phone. It means “until we hear each other again”.

Tschüss is the most popular informal goodbye in German. It’s short, sweet, and casual and you’ll usually hear it used among friends and family.

Press play to hear Tschüss in action in a basic conversation in German:

Now that you know the most popular ways of saying goodbye in German, it’s time to move on to some variations. These are perfect for those times when you feel like switching from “goodbye” to “see you later” or “have a good day”.

One such variation is Schönen Tag which can be used with or without the noch. It is a friendly way of wishing someone a good or a nice day!

In the same manner, you’ll say Schönes Wochenende to wish someone a good weekend.

The more polite version of Schönen Tag noch is Einen schönen Tag noch. It means the same thing, but it is used by someone who wants to sound more formal and respectful.

The same as the rest of Europe, Germans borrowed Ciao from the Italians. It’s a nice, friendly and very international way of parting ways with a friend.

Just as chic though not as common is the French Adieu or Ade.

When you didn’t plan a next meeting or get-together and you’re not sure when you are going to see the other person, you can simply say Man sieht sich, which means “see you”.

However, it’s way more common to take your leave by saying Bis bald, which means “see you soon” in German. For the next three goodbyes, it will be useful to know that bis is the German equivalent of “till”.

If you enjoy getting creative with your goodbyes in German, Bis später is another great option for a casual farewell.

Additionally, you can also say Bis dann, which conveys the same “see you later” message in a slightly different way.

If you want to say “see you tomorrow”, you guessed it! You will say Bis morgen.

Also not uncommon is the usage of bis in combination with the days of the week in German. 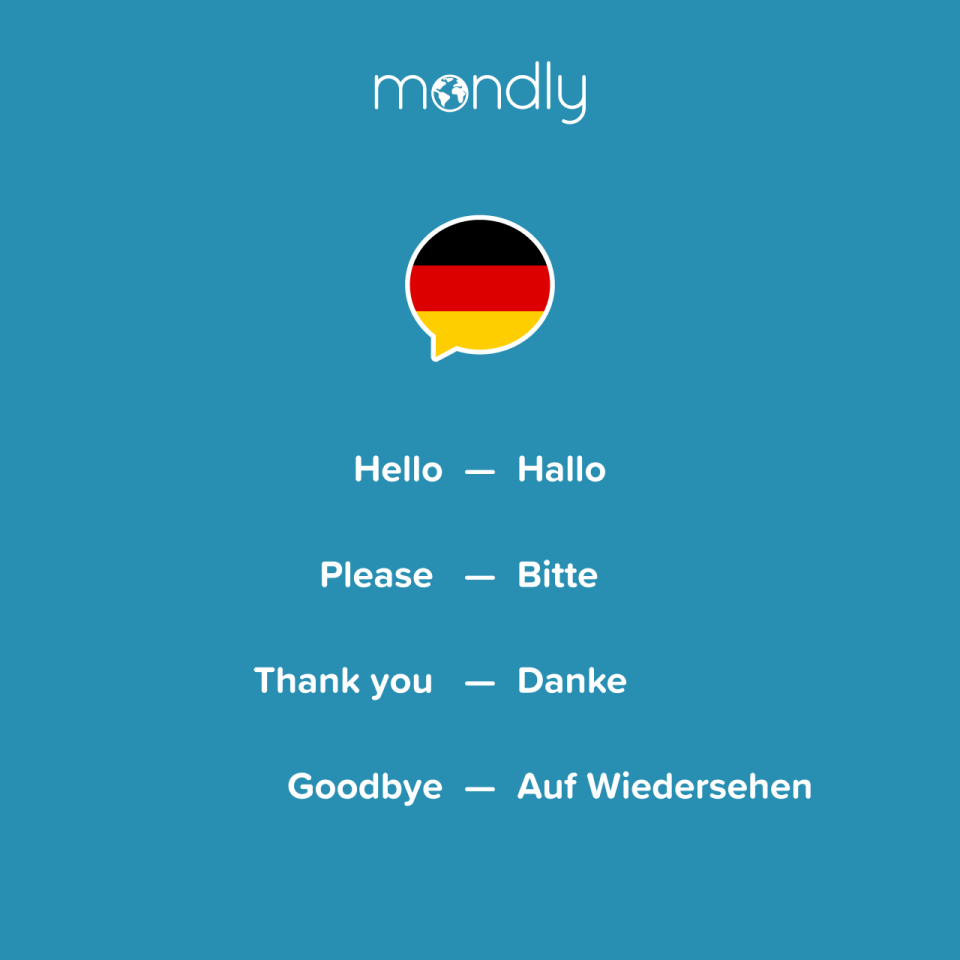 Naturally, Gute Nacht (“good night”) is another great way to say goodbye if you’re retiring for the night. Although we use Guten Morgen (“good morning”) as a greeting, Gute Nacht only works as a farewell.

If you want to say goodbye to someone you regularly see, like a coworker or a classmate, Bis zum nächsten Mal is the most suitable choice.

Wir sehen uns is another nice way to say “see ya later” if you are making plans with someone. Add dann to that and it will mean something more along the lines of “see you then”.

Supposing that the other person is going to a party or a similar activity, you can say Viel Spaß, which means “enjoy” or “have fun”.

For more caring natures, Mach’s gut is the perfect way to end a conversation. It is, of course, an informal way to say goodbye and it’s reserved for people with whom we have a special relationship.

Last of not least, if you want to sound dramatic or crack a joke, you can always say Lebewohl, which literally means “live well” but is most commonly translated as “farewell”.

Now, no matter which variation you choose, you’ll be able to confidently say goodbye in German.

From 0 to conversational in German

Are you ready to say goodbye to the tiring memorization methods that will never get you fluent in German? Try Mondly, the award-winning language app that is serious about making learning German fun.

Instead of tiring yourself for hours with inch-thick textbooks, slip a 10-minute Mondly lesson into your routine and make learning a breeze. You will learn German naturally using: