2020 Redux: White House Telling Americans to ‘Be Patient For a Few Days’ Before Declaring 2022 Midterm Winners 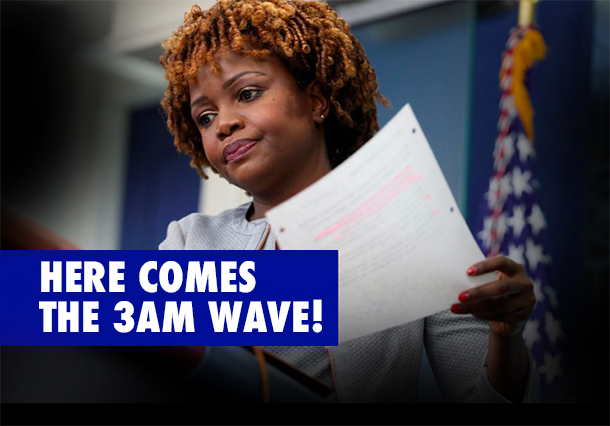 It’s déjà vu all over again. Remember the debacle in 2020, when a flood of Biden ballots suddenly arrived in the middle of the night, prompting days and days of delay in counting the votes? Remember the mayhem and chaos that followed.

Well, buckle up, because they are planning to do it all again in 2022.

Get ready for that 3am blue wave… The White House on Monday cautioned that the winners of the midterm elections would not be immediately apparent, estimating that it would take several days to count all the ballots.

“We may not know all the winners of elections for a few days. It takes time to count all legitimate ballots in a legal and orderly manner,” White House press secretary Karine Jean-Pierre said.

“In modern elections more and more ballots are cast in early voting and also by mail,” Jean-Pierre said, adding that many states did not even start counting ballots until after the polls closed.

She said that state and local election results would take longer to count than in previous elections because of the different ways that people were voting.

“We’re in a different time … we’re just trying to communicate with the American people, let them know this process certainly has changed again in modern elections,” Jean-Pierre said.

She refused to commit to a press conference after the election, only telling reporters that the president would speak to the country on Wednesday.

Jean-Pierre also did not detail what Biden would do on Election Day.

“He’ll have a robust pretty heavy schedule tomorrow here at the White House,” she said.