3,600-year-old hoards may contain the earliest silver currency in Israel and Gaza 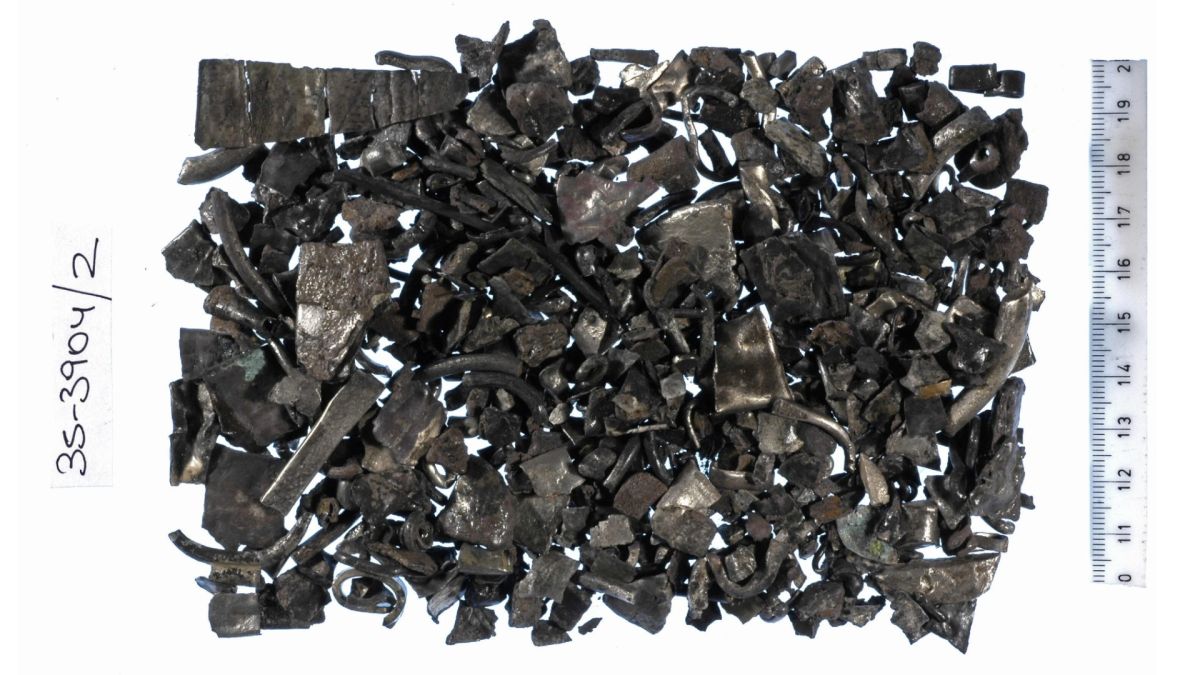 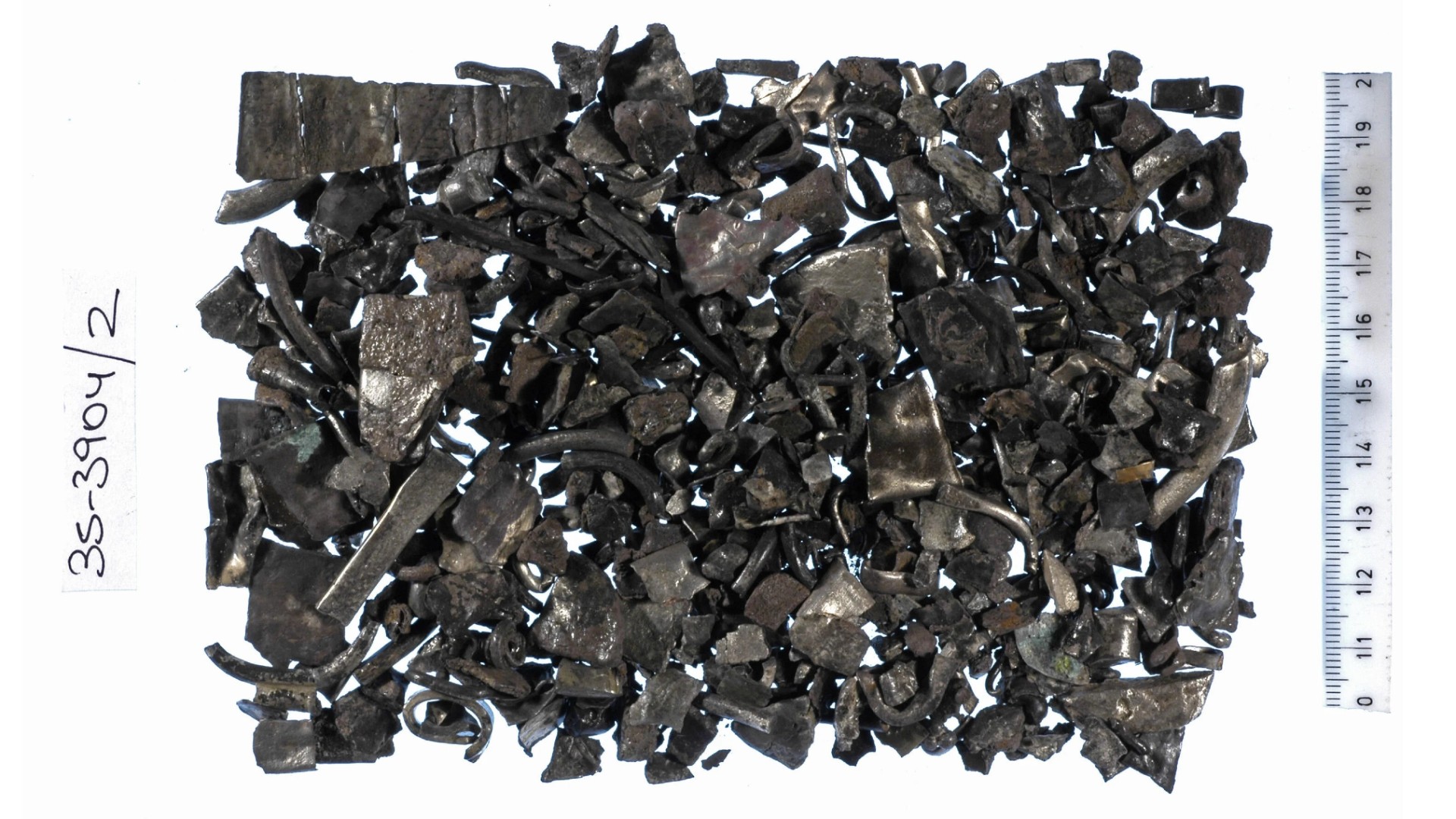 Ancient silver hoards from Israel and Gaza, which contain not coins but irregularly cut pieces of the precious metal, may be the earliest known silver currency in the region and likely came from the faraway regions of what is now Turkey and Europe, a new study suggests.

These newly analyzed hoards date to about 1550 B.C., hundreds of years earlier than other discoveries of silver currency in what is now Israel and Gaza, the researchers said. However, not everyone agrees that this is a new finding, with some experts noting that other research has already found that silver currency was being used during the Middle Bronze Age in this region.

The practice of using cut silver as currency may be a sign that administrators in the region — part of the “southern Levant” — were more numerically literate than their predecessors, which enabled them to accurately measure the weight of silver when making payments.

“We know that the Middle Bronze Age is a period of [making] large ramparts and fortifications,” Tzilla Eshel (opens in new tab), an archaeologist at the University of Haifa, told Live Science. “But how do you pay your workers?”

It’s possible that workers would have been paid an agreed-upon weight of silver, following the practice already in use in the northern Levant, a region now covered by Lebanon and Syria, Eshel and her colleagues reported in the new study, published in the January issue of the Journal of Archaeological Science (opens in new tab).

The practice of exchanging silver by weight for other objects of value was also common during the Viking Age in Europe, where silver for this purpose came to be known as “hacksilver” (or “hacksilber”).

“The use of silver as currency [in the southern Levant] came in this period because it was needed,” Eshel said, “[and] there was a big enough organization that could manage it.”

Related: 10 dazzling gold and silver treasures dug up in 2022

Eshel and her colleagues studied 28 pieces of silver from four hoards found at Bronze Age archaeological sites: one from Gezer in the Judaean Mountains, one from a tomb at Megiddo in northern Israel, one from Shiloh in the West Bank, and one from Tell el-ʿAjjul in Gaza.

The authors reported that the silver hoards from Gezer, Shiloh and Tell el-ʿAjjul were not found alongside silversmith tools — a fact that they interpreted as evidence that the hoards were being used only for exchange, and not to create other silver objects.

That indicated that weights of silver had been used as a currency in the region since at least the approximate date of those hoards, which span from 1600 B.C. to 1550 B.C., Eshel said.

“There would have been different means of exchange, which is always true,” she said. But “silver was the means of reference … so if you wanted to value your wheat, or to value your textiles, you would have valued them in silver shekels.” A shekel was an ancient measurement of weight, in use since Mesopotamian times, that was equal to just over a third of an ounce, or about 9.6 grams.

Eshel and her colleagues also attempted to determine the origins of the silver in the hoards by studying their chemical impurities and isotopes — variations in the number of neutrons in the nuclei of particular elements, which change over time at known rates due to radiation.

The analysis revealed signs of a widespread transition between sources in about 1200 B.C., possibly from silver mined in Anatolia — now Turkey — to silver mined in southeastern Europe, which was then brought to the Levant by long-distance trade.

The silver of later origin was surprisingly similar to silver found in famous graves from the Bronze Age Mycenaean culture in Greece; these burials might have the same silver source as the hoard from Tell el-ʿAjjul, the researchers said.

“As the silver items from Tell el-ʿAjjul are isotopically similar to silver from the [Mycenaean] Shaft Graves, it is possible that both contemporaneous assemblages originated from the same source,” the authors wrote in their study.

Raz Kletter (opens in new tab), an archaeologist at the University of Helsinki who has studied ancient economies and silver hoards from the Levant but was not involved in the new research, told Live Science in an email that the new study “advances our knowledge.” However, he said scholars had pointed out 20 years ago that silver must have been used for weight economy since the late Middle Bronze period in the southern Levant, based on studies (opens in new tab) of the same hoards.

Kletter is also concerned that hoards found without metalworking tools were interpreted in the study as being only for exchange. “We cannot identify the owners,” he said, “and the places where hoards are hidden … do not necessarily tell us about their origins.”