A Taiwan Bloodbath Might Suit the U.S. Government Just Fine 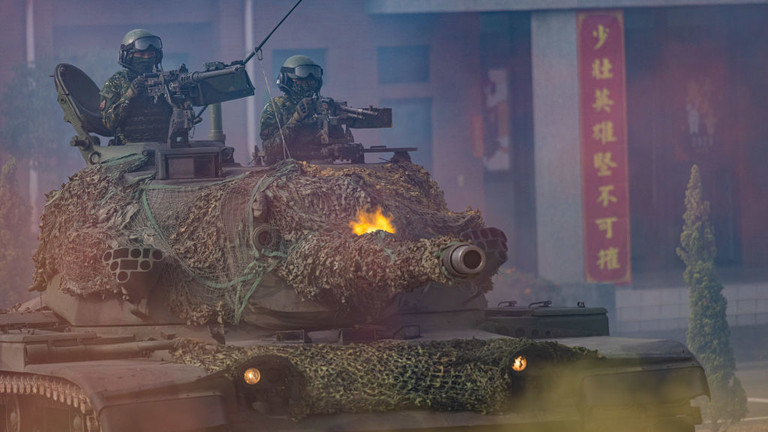 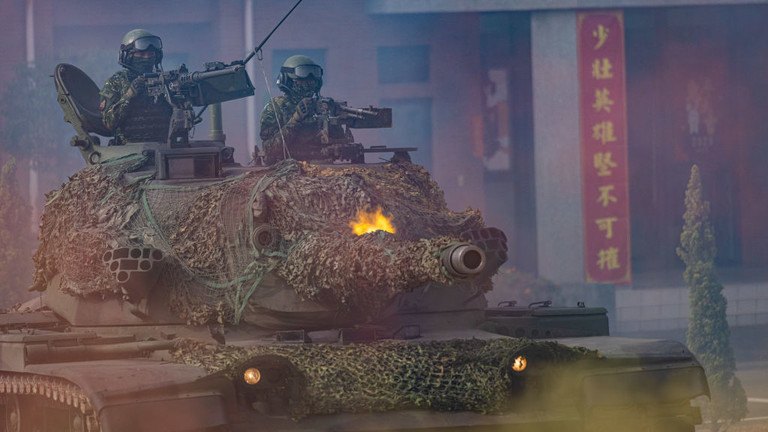 A Taiwan bloodbath might suit US decision-makers just fine

Wargames point to heavy losses in a conflict with China, but that’s unlikely to discourage America’s war advocates

Most sane human beings would shudder to think about the carnage that would result from a US-China war over Taiwan. For the warmongers and military-industrial-complex profiteers in Washington, the bloody prospects are something to contemplate and calculate with a mixture of anticipation and opportunism.

No matter how they run the various scripts, the computers and the human analysts spit out findings that ought to be sobering for policy makers and generals alike. Consider, for example, this month’s wargaming report by the Center for Strategic and International Studies (CSIS), a US think tank that considers its mission to be defining the “future of national security.”

CSIS studied 24 different scenarios for a US-China conflict following a Chinese invasion of Taiwan. The gist of its findings was that the invasion would fail, but at an enormous cost to all parties involved. The US and Japan would lose dozens of warships, including two American aircraft carriers, hundreds of planes and thousands of troops.

Taiwan would be left in ruins, “without electricity and basic services.” The think tank sees the dust clearing with Beijing’s vaunted naval forces “in shambles,” hundreds of ships and aircraft lost, and tens of thousands of Chinese troops either dead or captured.

I would argue that the outcome would be worse for the US and its allies (more on that later), but even if we accept a Washington-centric, rose-colored view of the conflict for discussion’s sake, it would seem like the sort of catastrophe that would terrify leaders on all sides – and spur them to ease tensions in the region. However, the scary thing is that if we consider Washington’s tactics past and present, America’s real decision-makers might actually be encouraged and emboldened by the CSIS’s projections.

When there’s money to be made and more power to be secured, Washington’s rulers have no qualms about getting thousands – or even millions – of people killed or maimed. That’s especially true of the smaller allies that they vow to support. From the South Vietnamese to the Iraqi and Syrian Kurds to the Afghans who sided with the West against the Taliban, many a little brother can testify to how big brother emboldened him to fight, pledging to have his back, only to throw him under the bus when it came time to skedaddle.

As former South Vietnamese president Nguyen Van Thieu put it after being betrayed by the US, “It is so easy to be an enemy of the United States, but so difficult to be a friend.”

The CSIS report paints a grim picture of the heavy losses that Japan and especially Taiwan would suffer. But from a US perspective, the allies’ devastation would be a small price to pay for feeding the American war machine.

We’re seeing the same thing play out today in Ukraine, where US politicians have spoken openly of what a great deal it is for the Pentagon to help kill Russian forces without putting any of its own troops in harm’s way. Washington helped lay the groundwork for the conflict by pushing for the expansion of NATO up to Russia’s borders and helping to overthrow the elected government of Ukraine in 2014. Having achieved their desired proxy war, US leaders are trying to prolong it to weaken Russia’s military and generate more profits.

This isn’t altogether good news for the people who have to actually fight this bloody conflict. Big brother is happy to keep it going to the last Ukrainian. Little brother – the Ukrainian forces, for whom the US and its allies profess to care so deeply – just gets to die.

Ukrainian Defense Minister Aleksey Reznikov admitted in a January 5 TV interview that Kiev’s forces are “shedding their blood” for NATO, which probably didn’t give much satisfaction to the troops whose bodies littered the streets in Soledar when Russian forces captured the strategic city a week later.

That doesn’t mean Washington is terribly reluctant to get its own forces killed. In fact, their deaths can sometimes be useful enough in advancing an agenda. In the early days of World War II, then-president Franklin D. Roosevelt faced strong public opposition to joining the fight. A Gallup poll in May 1940 showed that 93% of Americans opposed entering the war with troops. One week after Japanese forces attacked Pearl Harbor in December 1941, 91% said they agreed with the president’s decision to declare war on Germany and Japan.

Some historians argue that this catalyzing event, Roosevelt’s “day that will live in infamy,” didn’t happen by accident. In their view, which is considered a conspiracy theory by most other historians, Roosevelt’s administration sought to provoke Japan into attacking the US and to ensure that losses would be severe enough to make even isolationist Americans beg for war.

One of the leading advocates of this view, the late Robert Stinnett, author of ‘Day of Deceit’, described an October 1940 memo from the Office of Naval Intelligence (ONI) that detailed how the US would push Tokyo’s back against the wall.

The plan included giving all possible aid to the Chinese national government led by Chiang Kai-shek; making arrangements with British and Dutch forces for use of their bases in Southeast Asia; deploying US destroyers and submarines to the Orient; keeping the main strength of the US naval fleet in Hawaii; insisting that the Dutch refuse all Japanese demands for economic concessions, especially oil; and embargoing all trade with Japan, in cooperation with the UK.

The memo was never publicly adopted, but Stinnett writes that Roosevelt and his cabinet saw and approved it (though the “presidential routing logs” he cites as evidence are not provided).

Unbeknownst to the Japanese, Stinnett and other supporters of the ‘Pearl Harbor advance-knowledge theory’ claim, the US broke their communications codes, so their hand was exposed as Washington’s policies pushed Emperor Hirohito’s empire closer and closer to an overt act of war against America. Ironically, the ONI memo’s author, Lieutenant Commander Arthur McCollum, oversaw the routing of communications intelligence to Roosevelt during the run-up to the Pearl Harbor attack.

According to Stinnett, key intelligence was withheld from the top US commanders in Hawaii, US Navy Admiral Husband Kimmel and US Army Lieutenant General Walter Short, even as the movements of Admiral Isoroku Yamamoto’s attack fleet were being monitored in the northern Pacific. When the bombs started dropping on a sleepy Sunday morning, US forces in Hawaii were caught off guard.

The attack killed 2,403 Americans, including 68 civilians, and destroyed or damaged 19 US Navy ships and hundreds of aircraft, but Roosevelt had his way. Congress voted the next day to declare war on Japan, which meant the US was essentially at war, too, with Tokyo’s ally, Nazi Germany. Adolf Hitler made it official three days later, declaring war on the US on December 11. And with US industry ramping up to build new warships, aircraft and other weaponry, the Great Depression was finally over.

While Stinnett and others like him are dubbed revisionists, and their claims are widely refuted citing questionable sourcing and factual errors, it’s not difficult to understand how US warmongers can salivate over a horrific and devastating event on the scale of Pearl Harbor.