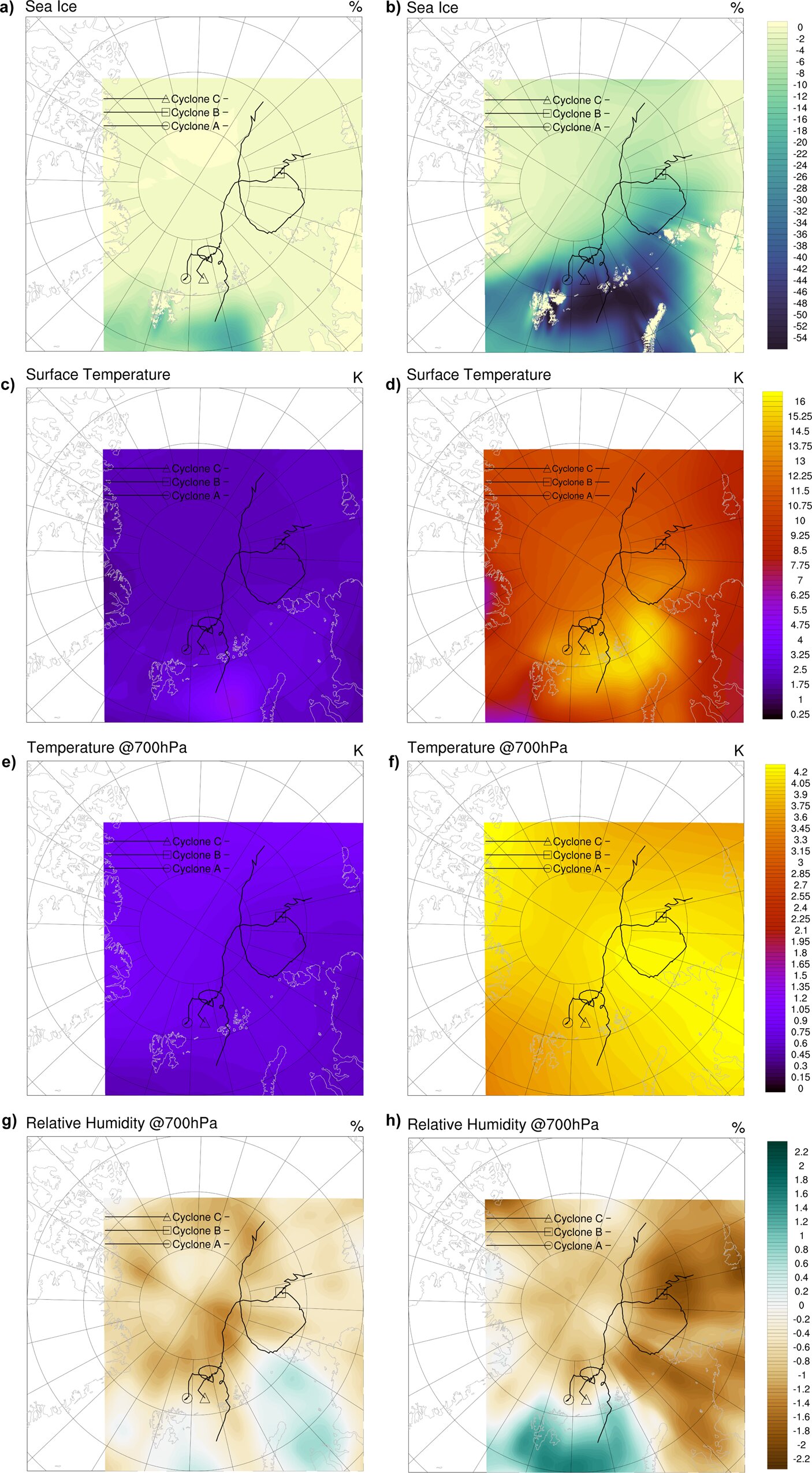 Hurricanes threaten North American coastlines every year, and they appear to be intensifying as climate changes. Similar storms can also hit colder regions to the far north, and new research suggests they will intensify, too.

In findings published on Nov. 9 in Nature Communications, NASA scientists project spring Arctic cyclones will intensify by the end of this century because of sea ice loss and rapidly warming temperatures. Those conditions will lead to stronger storms that carry warmer air and more moisture into the Arctic.

“The cyclones will be much stronger in terms of pressure, wind speeds, and precipitation,” said Dr. Chelsea Parker, who led the study. “Initially storms will drop more snowfall, but as air temperatures continue to rise and we cross above freezing temperatures, storms will be dropping rainfall, which is a really big change for the sea ice pack.” Parker is a research scientist at the University of Maryland and NASA’s Goddard Space Flight Center in Greenbelt, Maryland.

“More intense storms will be a hazard to shipping activities, oil and gas drilling and extraction, fishing, and Arctic ecosystems and biodiversity—that’s where maritime weather forecasting is important but still challenging and difficult,” Parker added. “It’s an interesting push and pull because as the sea ice retreats, that opens up more area for these activities to take place, but it also might come with more dangerous weather.”

Parker and colleagues analyzed computer simulations of nine cyclones that have hit the Arctic in the past decade. The warming and sea ice loss of recent decades did not appear to have a noticeable effect on the behavior of those spring storms, Parker noted.

To better understand future conditions, the scientists then simulated an Arctic with even warmer temperatures and less sea ice cover using results from the Coupled Model Intercomparison Projects. “When we add future projected climate change to the computer simulation,” Parker said, “we see a really big response from the cyclones.”

The team found that by the end of the century, cyclone wind speeds could increase up to 38 mph, depending on storm characteristics and the environmental conditions of the region. Parker noted that the peak intensity of such storms could be up to 30% longer, and precipitation will likely increase. If cyclones start to bring rainfall in the spring, sea ice may begin melting sooner and less of it will survive the summer melt season.

Such changes will enable the ocean to provide more energy to the atmosphere for deep convection, which increases the potential of storms to intensify and persist. Much like hurricanes in low and mid latitudes, Arctic cyclones use this energy like fuel in an engine. Storms in coming decades could travel farther north and reach areas of the Arctic typically left untouched. The changing weather could increase risks for Arctic ecosystems, communities, and commercial and industrial activities.

In order to provide some real-world grounding for their models, Parker and colleagues compared their model simulations with direct observations of a few Arctic storms collected in 2020 by the international MOSAiC expedition. By blending case studies from recent storms with high-resolution climate simulations, the new study is one of the first to show the direct response of cyclones to recent and future climate change.

“Typically we don’t have much weather station data from the Arctic to be able to do that, so MOSAiC was a key piece for us because we were able to use actual measurements to validate our model,” Parker said. “We’re able to say that our current climate simulations of these cyclones are realistic and that we can trust what the model is doing.”

Observations from space and the ground have shown that the Arctic is warming nearly four times faster than the rest of the planet. Scientists need more details about Arctic cyclones to form more accurate predictions of how the storms will influence sea ice that is already declining, as well as how the loss of ice will affect storm intensity. Gaining a better understanding of those interactions will help scientists studying how the rapid warming will affect the planet.