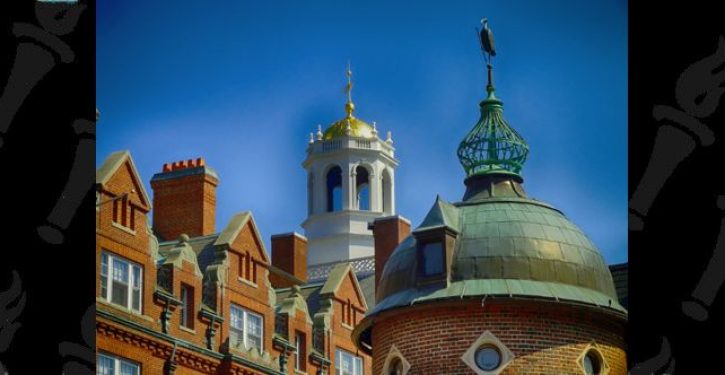 Asian-American students are going to great lengths to conceal their race in their college applications, the New York Times reported yesterday. That includes avoiding mentioning activities and accomplishments that might seem stereotypically Asian.

Students quoted by the Times said they had downplayed their interests in chess, violin, and piano to avoid being rejected by colleges on racial grounds.

“It is a little sad now that I think about it,” said Marissa Li, who managed to get admitted to Harvard University. “I wasn’t really able to talk about the activities that meant the most to me.”

Other students said they chose not to disclose their race for fear of being discriminated against for being Asian. Some colleges have been discriminating against Asian applicants for many years. In 2004, the test-prep company Princeton Review advised Asian applicants to conceal their racial identity.

Consultants who advise students on how to maximize their chances of admission now advise Asian students against taking up activities deemed stereotypically Asian. Shin Wei, the founder of IvyMax, advises students to pick an instrument other than piano or violin. Sasha Chada, the founder of Ivy Scholars, also gives this advice.

“It doesn’t make me happy to tell ninth graders that there are musical instruments they shouldn’t play or academic pursuits they shouldn’t engage in because it’s going to make them look bad because of their ethnicity,” says Chada.

This advice reflects the fact that affirmative action policies discriminate against Asian students. A study a decade ago found that Asians need to score 140 points higher on the SAT than whites—and 450 points higher than blacks—to have the same chance of being admitted. A lawsuit filed by Students for Fair Admissions against Harvard University uncovered similar statistics, which are being used to urge the Supreme Court to outlaw affirmative action in a case that was recently argued before the Supreme Court.

Controversy has surrounded Harvard’s “personal rating,” which admissions staff purport to base on essays, recommendations, and interviews. Asian applicants consistently receive lower personal ratings than applicants of other races, which Students for Fair Admissions argues is a pretext for racial discrimination and a way of enforcing informal quotas limiting Asian enrollment.

That echoes the Ivy League’s quotas limiting Jewish enrollment a century ago, when schools like Harvard sought to avoid having too many Jewish students, which they feared would harm their prestige.

“The same stereotypes used to grade down Jewish applicants in the 1920s—that they were nerds or grinds, that they would spend too much time studying to be ‘well rounded’—are being used against Asian-American applicants today,”says Mark Oppenheimer, who hosts a podcast about the history of Jews in the Ivy League.