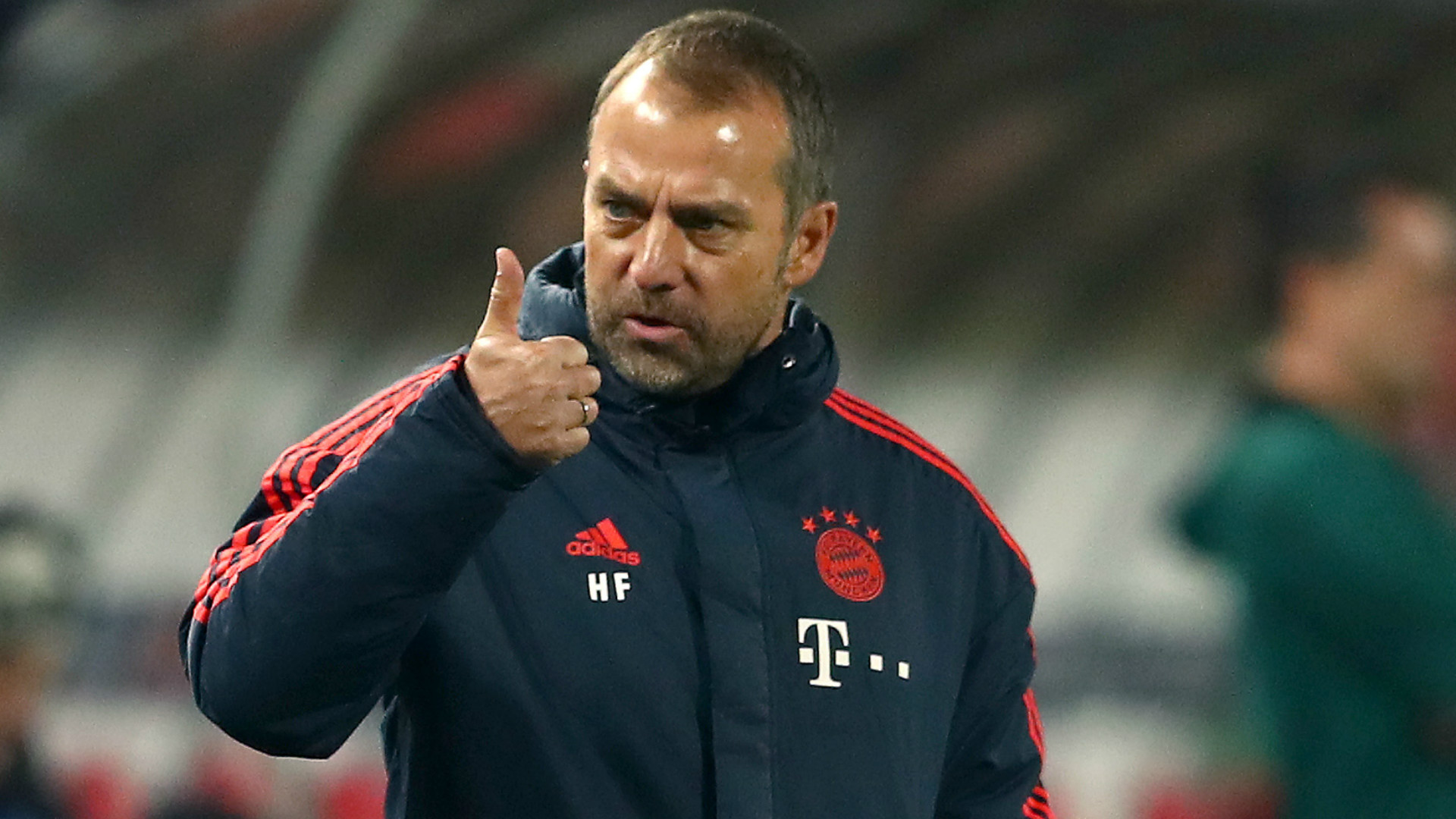 Bayern Munich head coach Hansi Flick refused to get carried away with his team’s stunning 8-2 demolition of Barcelona in the Champions League quarter-finals, insisting there is still plenty of work to do.

Bayern humiliated Lionel Messi’s Barca in Lisbon on Friday as the La Liga giants conceded eight goals in a game for the first time since 1946 .

Flick’s Bayern – who led 4-1 at half-time – ran riot thanks to braces from Thomas Muller and Philippe Coutinho, while Robert Lewandowski, Ivan Perisic, Serge Gnabry and Joshua Kimmich were also on target.

Bayern became the first team in Champions League history to score eight goals in a knockout match, and the first in the European Cup since Real Madrid in 1990-91.

Flick, however, remained grounded post-match as Bundesliga champions Bayern await either Manchester City or Lyon in the final four.

“I think we can enjoy an excellent game from our team today,” Flick told reporters. “Of course we are delighted with the way in which we have achieved this 8:2.

“But we all know – and you could feel it in the cabin – that we still have a lot to do. We know how fast that can happen in football. It is important to look ahead to the next game.

“Our goal was to get to the semi-finals. We did that impressively. We are all very happy about that. But we also know that it is still a tough job to be where we want to be in the end.”

“The way it was is impressive,” he added. “And we have set a small fragrance brand. But even our experienced players know that it’s about performing the same in the next game. We are preparing for this.

“The team put a lot of pressure on in the first half, forcing their opponents to make mistakes, and then the game of switching over the ball was just great. These are the things we wanted to do. And the team did a great job on the pitch.”

Bayern have now become the competition favourites – ahead of likely semi-final opponent Manchester City – with PSG and Leipzig squaring off in the other semi for a spot in the decider.