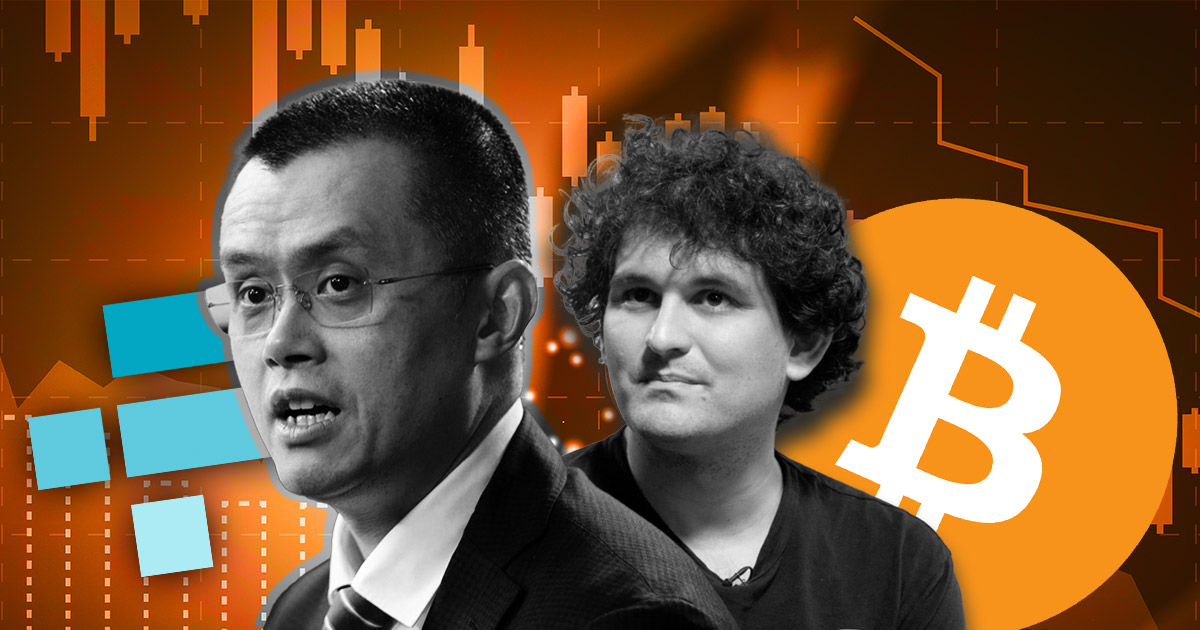 The biggest news in the cryptoverse for Nov. 9 includes Binance’s decision to not move forward with the potential acquisition of FTX, Bitcoin’s retrace to $ 15,000 levels, and multiple stablecoins dropping below $1.

Binance revealed its intent to purchase FTX on Nov.8, while noting it needed to run due diligence before doing so. On Nov. 9, Binance announced that it decided not to continue with the acquisition.

The exchange said that a U.S. agency opened an investigation on FTX, which was what changed Binance’s mind.

As a result of corporate due diligence, as well as the latest news reports regarding mishandled customer funds and alleged US agency investigations, we have decided that we will not pursue the potential acquisition of https://t.co/FQ3MIG381f.

The market saw $861 million in crypto liquidations over the past 24 hours. Of this, $259 million was made up of Bitcoin (BTC) shorts, which assisted in sending Bitcoin to $17.000.

After the market implosion due to the FTX crisis, Binance’s CEO Changpeng Zhao said that exchanges should share a Merkle-tree proof-of-reserves to prove that they’re not insolvent.

All crypto exchanges should do merkle-tree proof-of-reserves.

Following Zhao’s lead, several leading exchanges including OKX, Huobi, and KuCoin stated that they intended to publish their fund reserves to address the current contagion fears in the market.

Gate.io became the first exchange that published its Merkle-tree proof-of-reserves.

Being a part of FTX, Solana (SOL) took its share of the recent FTX crisis and lost 51% of its value since the start of the week. However, it might have not found its dip.

Solana’s staking lock-in period at the current epoch will end within 24 hours and around 18 million SOL tokens will be unlocked.  Investors are likely to exit their positions and cause a “second wave of selling.”

‘Do not view it as a ‘win’ for us’: Binance’s CZ says on FTX acquisition

Binance’s CZ shared his opinion on the exchange’s intention to purchase FTX and said that it is not a particularly pleasant situation for the crypto community, and therefore, not a “win” for Binance.

“Do not view it as a “win for us. User confidence is severely shaken. Regulators will scrutinize exchanges even more. Licenses around the globe will be harder to get,”

The market turmoil caused stablecoins to drop below $1. Tether (USDT), USD Coin (USDC), Dai (DAI), and Binance USD (BUSD) all dropped to around $0.998.

Even though the drop doesn’t look like it will lead to a Luna-like spiral, it indicates that the sentiment is highly fearful.

Crypto reporter Wu Blockchain shouted out to Circle and Tether and asked them to disclose their financial relationship with Alameda and FTX.

Tether’s CTO Paolo Ardoino quoted this Tweet and said that Tether has zero exposure to FTX or Alameda. Circle‘s CEO, Jeremy Allaire, on the other hand, published a thread to ensure the community that Circle is safe. He said:

“Circle has never made loans to FTX or Alameda, has never received FTT as collateral, and has never held a position in or traded FTT. In any case, Circle does not trade on its own account.

Coinbase‘s CEO Brian Armstrong posted a thread on Twitter to join Tether and Circle in saying that Coinbase doesn’t have any material exposure to FTX, FTT, or Alameda.

1/ First off, I have a lot of sympathy for everyone involved in the current situation with FTX – it’s stressful any time there is potential for customer loss.

He referred to the current situation as “the result of risky business practices”, and shared his sympathies for the ones who are affected by the current crisis.

A spokesperson for the fund revealed that the organization had invested $200 million in FTX, and added that they had no further comments right now “given the fluidity of the situation.”

Wintermute‘s CEO Evgeny Gaevoy shouted out to the Three Arrows Capital founder Su Zhu and said that he shouldn’t attempt to use the current market crisis to clear out his name.

Man really, SBF being a bigger villain than you, doesn’t automatically start your redemption ark. Stay wiped out https://t.co/7AuvsPstp6

Gaevoy said these as a response to Zhu’s Tweet from Nov. 9 which Zhu said a part of him wanted to “rebuild with fresh purpose.” Along with Gaevoy, the majority of the community also reacted very negatively to Zhu’s Tweet.

Paloma collects and validates any kind of data from one blockchain and can share them with another one. This enables chains to watch another blockchain without dedicating a set of validators while enhancing shared security.

Research: FTT token active addresses close to 0 for the entirety of 2022

According to data analyzed by CryptoSlate analysts, the number of active addresses that hold FTX Tokens (FTT) has been close to zero since the beginning of the year. It seems like FTT holders have been inactive on-chain long before the FTX crisis started.

Since most transactions on exchanges happen off-chain, and FTT is FTX’s native token,  it is likely that FTT holders use custodial wallets on FTX instead of cold ones.

Crash of the Titans: LUNA dwarves FTX in terms of losses but the worst is yet to come

Currently, the Terra-Luna crash that occurred in May was far worse than the current FTT crisis. With that being said, it is worth mentioning that we are only a few days into the FTX’s collapse, and it may not reveal its true scope just yet.

CryptoSlate analysts looked into Bitcoin’s realized loss metric to discover that it indicates severe tension in the market.

The metric shows that there have been several spikes of realized loss, ranging between $50 million to $100 million from Nov. 4 to Nov. 6.

The same metric indicated several billion worths of realized loss during the Luna collapse. However, the full effects of the Luna collapse were only visible after the ripple effect it started reached its full extension. Therefore, it might be still early to say that it was far worse than the FTX crisis.

News from around the Cryptoverse

Did FTX provide a bailout for Alameda in Q2?

Coinmetrics’ Head of Research and Development, Lucas Nuzzi, Tweeted on Nov. 9 and claimed that he found proof indicating that FTX might have provided a massive bailout for Alameda in the second quarter of 2022. Nuzzi said that the current situation of FTX is only the result of that bailout.

Twitter takes a step to enter the payments field

According to New York Times, Twitter filed the necessary paperwork to register with the legal authorities so it can start processing payments.

Accenture announced that it has inked a deal with the Japanese Telecom giant NTT DOCOMO to accelerate Web3 adoption. The duo will focus on addressing social issues, establishing a secure technology for Web3, and developing talent.

Get an Edge on the Crypto Market 👇

This is Why Major Bitcoin Influencers Are Wrong About Privacy