C3: AOC’s ‘World Ending’ Prediction vs Climate Reality: How Do They Compare?

Most will remember Democrat superstar Alexandria Ocasio Cortez’s famous prediction that she stated during a January 2019 interview. It’s now been 40 months since her prediction that in 12 years the world will end – 2131AD – from climate change.

And how has her prediction fared against reality?

In an attempt to be somewhat charitable to the Congressperson, her knowledge of climate reality and her prediction prowess are rather suspect to say the least.

This first chart is a plot of global monthly temperature anomalies and linear trends for both the HadCrut 5.0 land/ocean surface areas and the UAH 6.0 atmosphere satellite global area. The timeframe for this chart is from Oct 2015 through the end of January 2019, which represents the 40 months prior to AOC’s prediction. 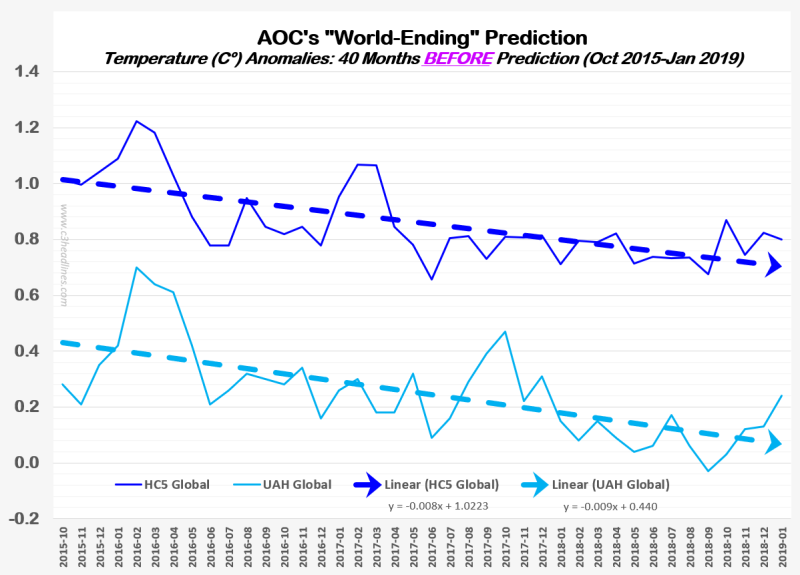 This next chart plots the same temperature anomalies but for a different timeframe – the 40 months since her prediction (February 2019 through May 2022). 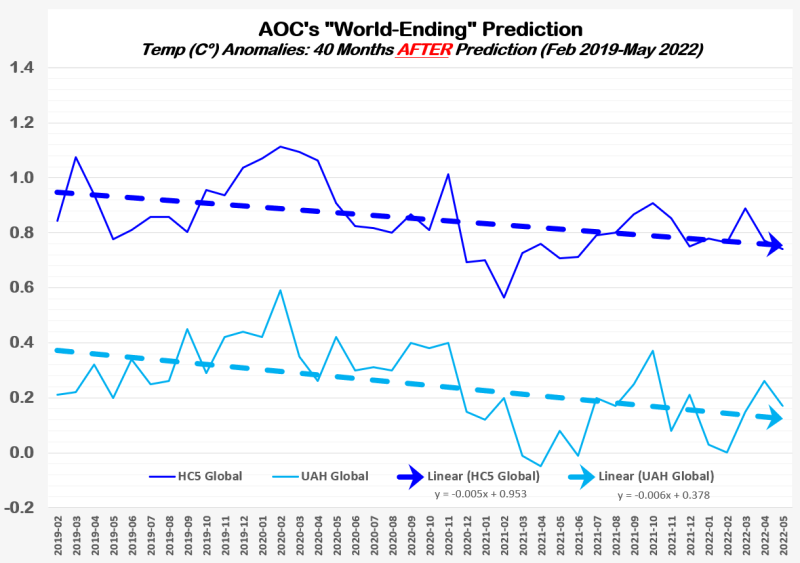 This fourth chart is the same as the above third chart but with a different timeframe, February 2019 – May 2022 (the 40 months after her prediction). 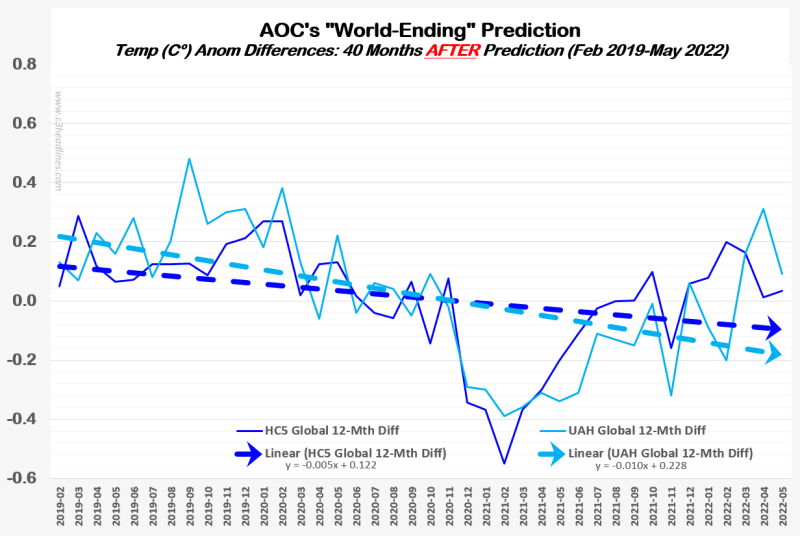 The last temperature anomaly chart in the series is for the full 80 months of anomalies from October 2015 through May 2022. 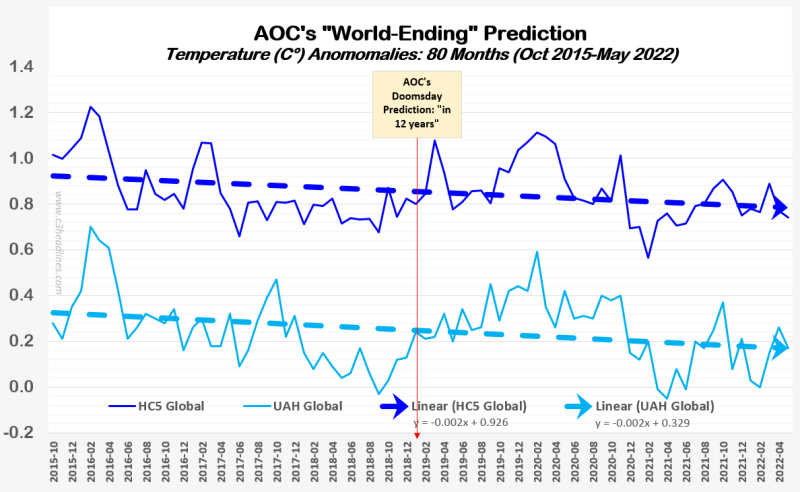 Lastly, the following chart depicts the NOAA monthly atmospheric CO2 levels (ppm) for the full 80 months ending May 2022. In contrast to the declining global temperature trends, clearly the CO2 levels continue to increase at a monotonous pace. 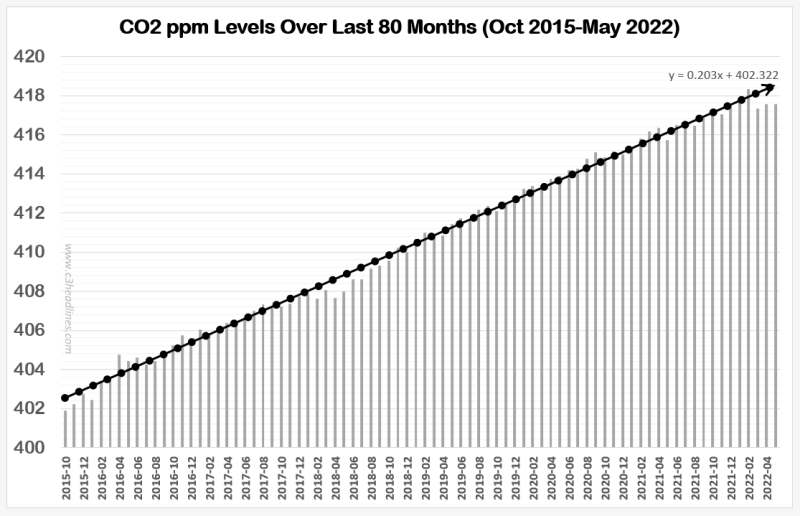 Conclusion: Based on the empirical evidence, the world is not going to end by 2031AD. Unless one is concerned with the overall global cooling trend, it is irrational and illogical to even suggest that global warming from CO2 emissions poses an existential threat to humanity or civilization in the near/intermediate future. Those establishment elites who continue to utter this type of climate nonsense should be summarily thrown on the ash heap of anti-science liars.

Note: Excel used to calculate/plot all measurements and linear trends. One extra chart can be found in comments. As of 6/29/22, the May 2022 HadCrut 5.0 temperature dataset still has not been published, as a result a May HC5 anomaly estimate of +0.74 was used.