CNN’s Team Hitler: CNN Silent on Producer Who Declared Himself Supporter of ‘#TeamHitler’

Ibrahim became the latest in a series of journalists whose anti-Jewish views have been brought to light by our editorial team. Over the last three months alone, we uncovered four antisemitic, anti-Israel journalists and successfully convinced reputable outlets to cut ties with several of them (see here, here, and here).

After HonestReporting notified CNN of their producer’s offensive social media history on Sunday, a spokesperson immediately assured us the matter was being investigated.

Yet radio silence followed, and our subsequent emails went unanswered.

CNN’s apparent reluctance to swiftly condemn Ibrahim’s Judeophobia is surprising, especially given the brazenness of his online remarks. To recap, on July 13, 2014, the journalist seemingly expressed support for Nazi leader Adolf Hitler. “I have shifted to team Germany after finding out that Messi supports Israel,” Ibrahim wrote (screenshot), concluding the tweet with the hashtag “#TeamHitler.”

Then, amid the bloody Hamas-instigated Gaza War, he lavished praise on the Gaza-based terror group (screenshot), falsely claiming that its members are “modern day freedpm fighters [sic]” who are “definding [sic] their land.” According to Ibrahim, Hamas is entitled to its “armed struggle” — in other words, war crimes — against the Jewish state.

During the 50-day conflict in 2014, Hamas and other Palestinian terrorist organizations fired over 4,500 rockets, with approximately 90 percent directed at Israeli civilian centers. The attacks from the Gaza Strip killed six civilians, including a child, and injured at least 1,600. Notably, just hours after Ibrahim posted his tweet on July 18, 2014, a Hamas rocket struck a kindergarten in the southern Israeli town of Gan Yavneh. 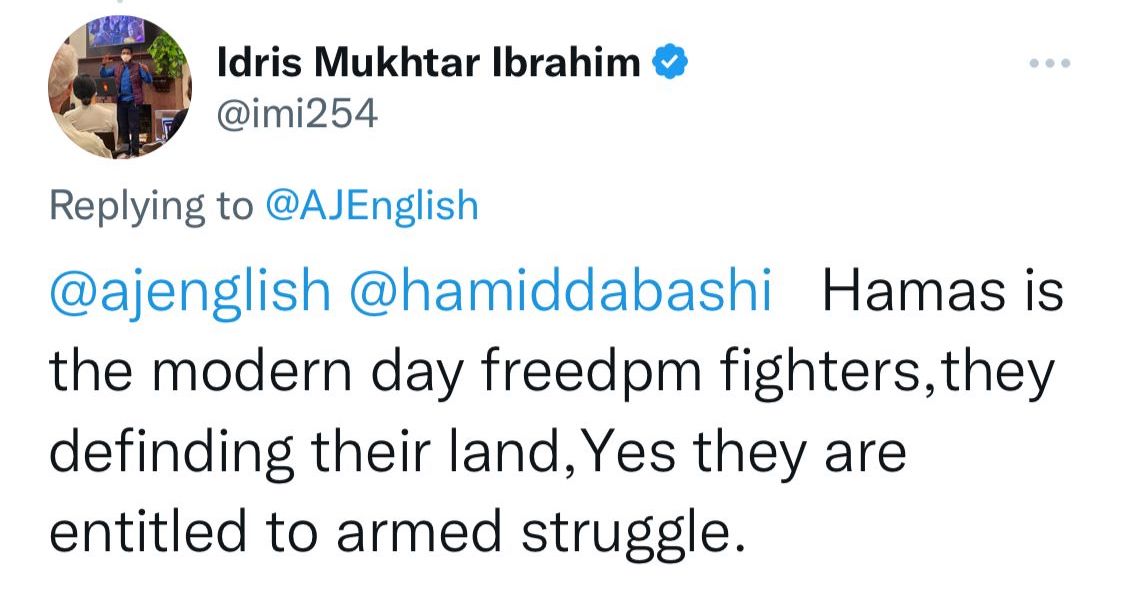 Following the publication of our initial article on November 13, the Berkeley-educated reporter took down his publicly accessible Twitter account, in addition to removing mentions of his employment at CNN (see here).

Meanwhile, the prestigious Association of Foreign Press Correspondents in the USA (AFPC) was quick to denounce Ibrahim’s hate. In 2021, the then-student received the AFPC’s Scholarship Award, a prize that carries a cash prize of up to $10,000. “If these allegations are accurate, his purported comments would be unacceptable to us,” the AFPC board said in response to an inquiry by HonestReporting.

Why does CNN continue to employ a producer who declared himself part of #TeamHitler, even giving him a byline on a piece about Israel?