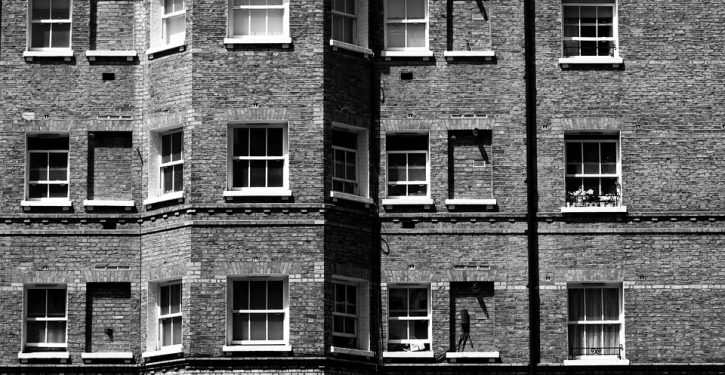 A letter authored by [Senator Elizabeth Warren and Rep. Jamaal Bowman], and signed by 50 members of Congress, proposes seven actions of varying radicalism … that President Joe Biden could take to cap rent increases….The post-pandemic increase in rents, they argue, represents an ongoing emergency that demands a robust federal response.

In August 2022, the National Housing Law Project (NHLP) and the National Low-Income Housing Coalition (NLIHC) sent their own letter to Biden administration officials, making the case for many of the same interventions….Chief among them is a demand that the Federal Housing Finance Agency (FHFA)….impose anti-price gouging protections (aka rent control) and “just cause eviction standards” on properties with government-backed mortgages.

Where exactly the FHFA would get the legal power to impose rent control on [such] properties…isn’t discussed in Congressional Democrats’ letter. As precedent, the NHLP and NLIHC letter cite the FHFA’s pandemic-era requirement that property owners voluntarily entering into FHFA’s mortgage forbearance program not evict tenants during that time. [But those] eviction limits were limited to property owners voluntarily accepting a government benefit, i.e., mortgage forbearance.

Reason says imposing rent control is “probably not something the Biden Administration will go for now,” although that could change in the future.

Progressive interest groups like the New Virginia Majority are also pushing for rent control in states like Virginia, where seven Democratic delegates and two Democratic senators recently introduced legislation to allow cities and counties to cap rent increases to inflation or less. A Democratic-controlled committee in the Virginia state senate voted 10-to-5 yesterday to have a housing commission study the legislation, rather than immediately passing it, after the head of the committee expressed concern that limiting rent increases to inflation would leave some housing providers with insufficient funds to make “major renovations” or “upgrade” units. Republicans on the committee unsuccessfully sought to kill the rent control bill outright, with a senior Republican saying rent control could cause some apartment buildings to “fall into slums” and that “rent control is probably one of the worst ideas you can introduce into the state of Virginia.”

Rent control does sometimes lead to slums, because it reduces landlords’ ability to maintain housing stock. For example, in 1989, Vietnam’s socialist leaders reluctantly admitted that their policy of rent control had destroyed the housing stock of Vietnam’s capital city, which had been sturdy enough to survive years of American bombing in the Vietnam War. Vietnam’s foreign minister said, “The Americans couldn’t destroy Hanoi, but we have destroyed our city by very low rents. We realized it was stupid and that we must change policy.” The Swedish economics professor Assar Lindbeck said that “rent control appears to be the most efficient technique presently known to destroy a city—except for bombing.” In a 1992 poll, 93 percent of economists said rent control reduces the quantity and quality of housing available.

Rent control also undermines racial equity, and disproportionately makes it harder for minorities to find decent housing, as rental units grow scarce. Meanwhile, long-time residents, who tend to be whiter, stay in the scarce rent-controlled units for decades on end. “Tenants who gained the most from rent control had higher incomes and were more likely to be white,” according to a recent study. Rent control also reduces the value of housing stock, cutting the property tax revenue that funds schools and local governments. “Researchers at the University of Southern California said rent control hurt property values in St. Paul, Minn. by $1.6 billion,” reported Market Watch.

As the liberal Brookings Institution notes, in the “long-run,” rent control

decreases affordability…and creates negative externalities on the surrounding neighborhood…Rent control can also lead to “mis-match” between tenants and rental units. Once a tenant has secured a rent-controlled apartment, he may not choose to move in the future and give up his rent control, even if his housing needs change…This mis-allocation can lead to empty-nest households living in family-sized apartments and young families crammed into small studios, clearly an inefficient allocation. Similarly, if rental rates are below market rates, renters may choose to consume excessive quantities of housing….Rent control can also lead to decay of the rental housing stock; landlords may not invest in maintenance because they can’t recoup these investment by raising rents.

As Njolomole notes, rent control gradually “led to the displacement of large, disadvantaged renter populations by a younger, higher income” population in Cambridge, Massachusetts. In Santa Monica and Berkeley, the proportion of “low-income households, college students, elderly persons, families with children, and disabled persons” declined under rent control, as they were displaced by high-income renters at a higher rate compared to other cities.