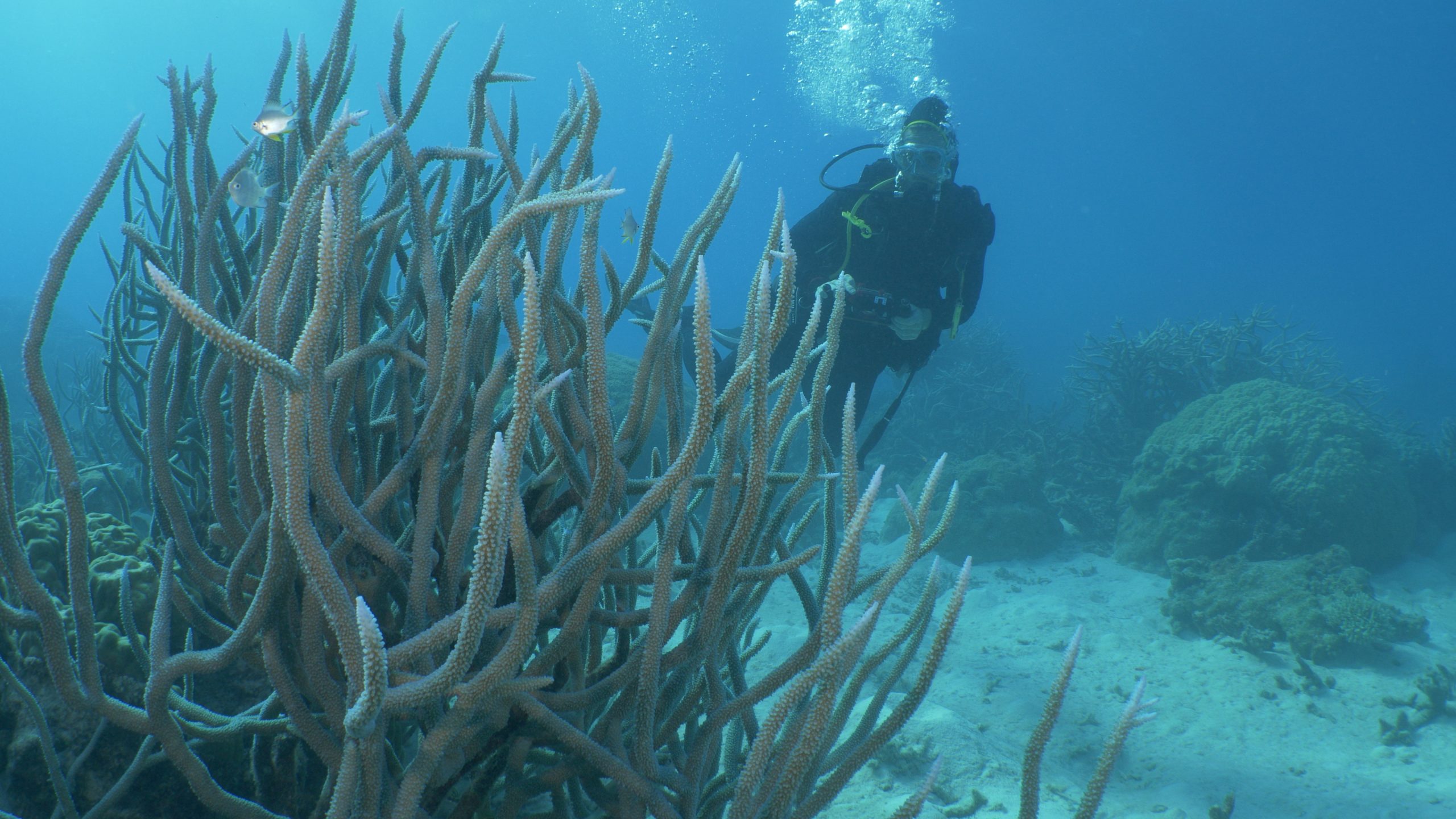 If you live in Perth, and if you would like to quiz me about climate change and the Great Barrier Reef, I will at the Windsor Cinema, Nedlands, on 1st December. This will be for a double screening of two of my Great Barrier Reef films – Finding Porites and Bleached Colourful. You can get your ticket here: https://perthbleachedcolourful.eventbrite.com.au

Just yesterday there was a piece in The Australian Financial Review by Jacob Greber entitled, ‘WA warns Albanese over potential gas market intervention’.

Why is the government intervening? Considering the bigger picture: to save the Great Barrier Reef, of course. Indeed, activist scientists worldwide have been using the Great Barrier Reef to force subsidies for renewables, while undermining Australia’s cheapest and most reliable energy sources that are coal and gas.

My new film, Bleached Colourful, includes a segment with Terry Hughes from James Cook University, claiming that the Great Barrier Reef Marine Park area deserves to be downgraded by the United Nations because of Australia’s climate change policies.

Journalist Fran Kelly makes the very reasonable comment that a listing should have something to do with the actual state of the corals. ‘Not really,’ replies Hughes.

Terry Hughes has made no secret of his advocacy for a net zero emissions target. And it is no secret that the rich, especially the bankers, are making money – so much money – out of carbon trading and renewable energy subsidies and that Malcolm Turnbull’s family has been heavily invested in wind farms while providing hundreds of millions of dollars to Great Barrier Reef activists.

While the amount of government money for Great Barrier Reef research has been increasing exponentially, the quality of this research has gone out the window – literally. Now much of the research about the state of the Great Barrier Reef, and particularly ‘the science’ that making media headlines, is out of airplane windows.

While once upon a time scientists at the Australian Institute of Marine Science (AIMS) got into the water with equipment, including to core the largest corals to know overall growth rates for the Great Barrier Reef, now they fly at 150 metres altitude and claim from this distance to know the health of individual corals. (If you tried to write fiction about this you would be told the plot too absurd.)

A few years ago, I was told that it was impossible to core the large Porites corals that have growth rings, like tree rings, to know the overall state of the Great Barrie Reef because the largest Porites are all dead. It is 17 years now since AIMS reported on an overall growth rate for corals at the Great Barrier Reef.

Two years ago, in November 2020, I went searching for the actual corals that AIMS used to core. For example, it is documented that there is a large porites that has been around since the year 1572, so with 450 years of climate history. I tried to find this coral at Britomart reef – unsuccessfully on 30th November 2020. But I did find corals as large, and therefore presumably as old, at Myrmidon Reef a day later.

That week that I spent at sea with three Marlin fishermen (Wizzy, Dennis and the late Rob McCullough), American deep-sea diver Shaun Frichette, and marine biologist Stuart Ireland, is chronicled in the documentary Finding Porites. And in the film Peter Ridd explains why AIMS don’t core the old porites anymore.

If you live in Perth, you will be able to watch Finding Porites on the big screen with me at the Windsor Cinema in Nedlands on 1st December.

This film premiered at the Majestic Theatre, Pomona, near where I live in Noosa, last year. It was then released by the Institute of Public Affair on the internet, to their YouTube channel. Just last week a new version, re-rendered to 24 frames per second to better suit for the Windsor Cinema on 1st December 2022, was upload by Stuart Ireland to his Vimeo channel. This is the best cut yet: a big thanks to Stuart for putting the time in. You can watch it here:

Our newest film, Bleached Colourful, is still very much a work in progress and rather than focusing on a type of coral, we focus on a particular coral reef: John Brewer Reef.

Global news outlets ran headlines in March this year that the Great Barrier Reef was suffering a sixth mass bleaching event, many with a picture from John Brewer Reef.

When something is bleached, it has lost its colour – by exposure to sunlight or, in the case of corals, by expelling their symbiotic algae.

When Stuart Ireland and I visited John Brewer Reef in April we could see that many of the corals had ‘kicked out’ their symbiotic algae, but rather than losing their colour they had become more colourful. We explain why in the first cut of this new documentary – with the first test screening at the Windsor Cinema in Perth on 1st December.

So, it will be a double screening at the Windsor of Finding Porites and the first cut of Bleached Colourful.

Hollywood gets to test its films, and to add to them, but we don’t hear much about that. By the time a film is mainstreamed it has usually been through several iterations. I’ve been reading Walter Isaacson’s biography of Leonardo Da Vinci and I was interested to learn how much of Da Vinci’s work was never finished, how much imaged and then created for pantomimes, and how often Leonardo Da Vinci went back to add-on to paintings (and other works) that he had supposedly already finished.

Stuart Ireland filmed the corals at John Brewer reef in April 2022. Then I went back to check on them and take some more photographs in July. I was back again a few week ago in late October and I am planning another visit with Stuart in March 2023. These are not fly-bys at 150 metres altitude, but we actually get into and under the water with SCUBA.

It will perhaps only be after the dives planned for March 2023, that we finalise our film Bleached Colourful. We should then have a full year of underwater footage showing how individual coral colonies can change their colour over the course of just one year.

I wonder what the price of electricity will be in March 2023, or by the end of 2023 when we will hopefully have the final cut of Bleached Colourful done, finished, and ready to show again?

What a tangled web government weaves, when in search of lower prices for household electricity, it plans yet a new tax on coal and gas, our cheapest source of energy. That is what is now being mooted by a sub-cabinet of the Albanese government. Treasury secretary Stephen Kennedy explained last week that some form of market intervention was needed given the profits of some coal and gas companies. As though anything was ever made cheaper by more regulations and more taxes.

It is the case that despite all the rhetoric against coal, and despite a general slide in the value of most shares on the Australian stock market this last year, the profits of coal miners and the value of their shares was rising. That was until the latest government signalling of planned direct interventions to destroy the very mines that are keeping people warm in the Ukraine. As my Institute of Public Affairs colleague, Daniel Wild, explained a couple of months ago, ‘Australia did not send Ukraine 70,000 tones of solar panels, we sent them 70,000 tonnes of coal to support their war effort.’

In an increasingly hostile world, our once abundant supply of coal potentially gave us a strategic advantage over other countries, but the current government, building on the efforts of the past Liberal government, are intent on destroying all of this.

When the net zero legislation – that Terry Hughes and other Great Barrier Reef activists had been working towards for so long, with spins off in terms of money for their own research – finally passed the lower house of Australia’s parliament on September 8th, I understood that there would be no new coal mines. It also made sense that with the increasing demand for coal the price would go up.

That was until the Treasurer delivered the Australian Federal Budget on October 25th, signalling several new administrative initiatives that may ultimately undermine the capacity of these existing coal companies to function effectively and a new tax that will likely also apply to West Australian gas.

Anti-coal mining activists will be cheering. Economist Rod Campbell from the Australian Institute was calling for such interventions earlier in the year explaining to journalist Michael McGowan from The Guardian (September 21st) that: ‘This is absolute textbook economics on what you should be taxing,’ he said. ‘You should be taxing the things you want less of – fossil fuel production – and you should tax higher when profits are over and above a normal return to capital.’

So, we might want cheaper electricity for households, but we apparently want coal mines even less. All the while the justification is, not more profit for Malcolm Turnbull’s family and mates, but stopping climate change – including to save the Great Barrier Reef. Except as I explain in my two coral reef films that will be shown at the Windsor Cinema, Nedlands, Perth, on 1st December … the Great Barrier Reef doesn’t really need saving.

If you are fortunate enough to live in Perth, I hope you can come see these two films on the big screen and be part of the Q&A that follows. There are tickets here: https://perthbleachedcolourful.eventbrite.com.au

***
The banner photograph was taken at Myrmidon Reef on 1st December, 2020. It shows Shaun Frichette in the ‘Garden of Porites’ looking at some delicate and very tall acropora with a porites in the background.