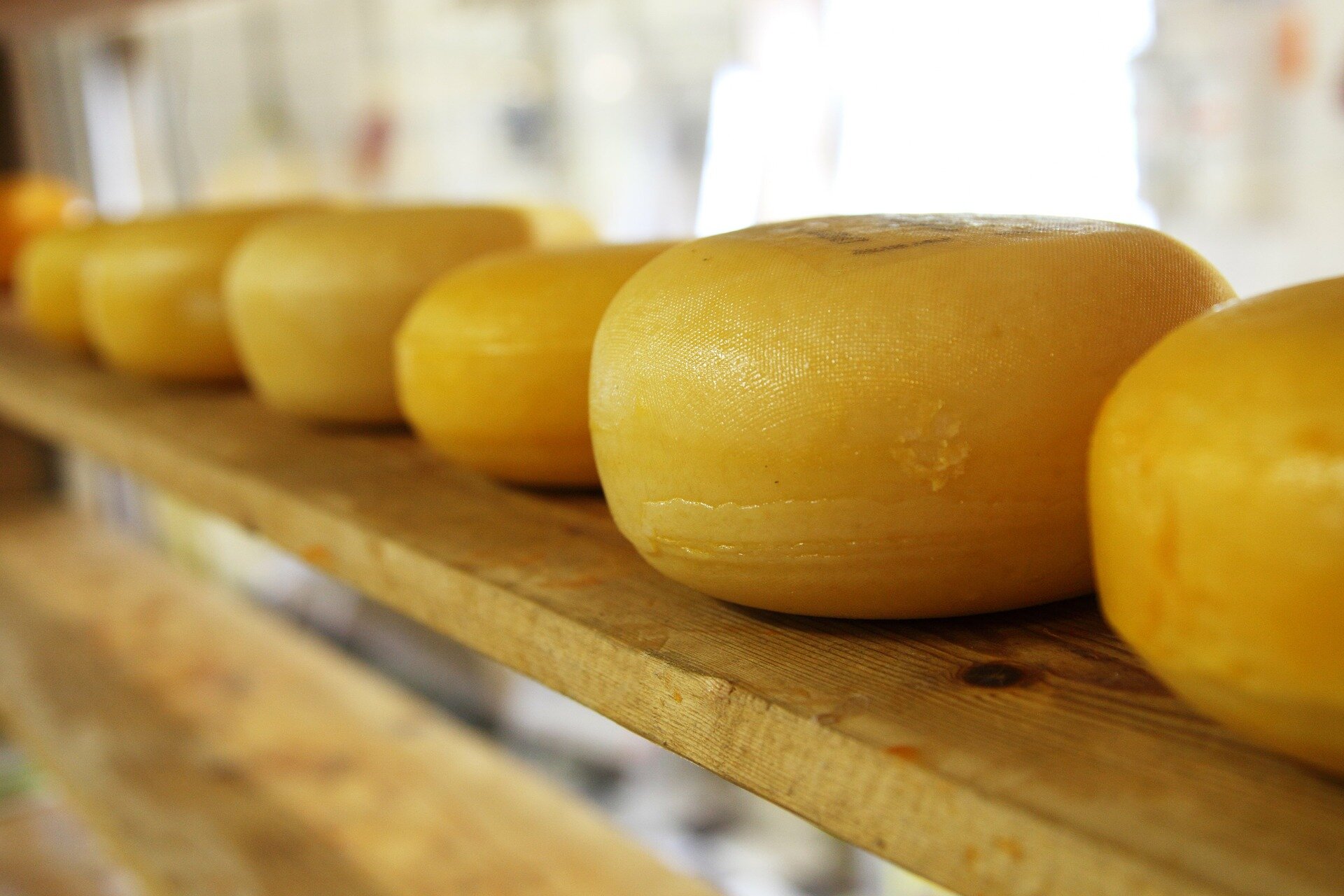 As a teenager in Munich, Oliver Zahn made the difficult choice to go vegetarian after learning about the horrors of animal agriculture. But the way he sees it, others won’t simply do the same.

That is, he says, unless the alternatives are nearly identical in flavor, texture, aroma and, crucially, price. Those are the selling points of Climax Foods, his Berkeley-based startup that has raised around $26 million to market plant-based substitutes for foods that are among the most difficult to mimic, such as aged cheeses.

The former head of data science at Google and lead data scientist at Impossible Foods said his expertise gives his startup an edge over other plant-based creations. It was a leap of faith for the founder, who wasn’t sure if he could run his own business until he realized his home kitchen lab creations could have real potential on the market.

“What does an animal do?” Zahn said. “Fundamentally, a cow just eats a bunch of plants and converts them into milk and meat. I was thinking, is there another way to achieve that, to make foods directly from plants? It didn’t strike me as some weird Franken-food—humans have always tinkered with what they eat.”

Here’s how it works: The company collects reams of data from rare plants found all over the world and feeds the information to machine-learning models that predict exactly how the foods would hold up against the real thing.

Then, the company’s labs in Berkeley, California, synthesize the foods that Zahn said have been mesmerizing early testers. The initial lineup is comprised entirely of cheeses: brie, blue, feta and chévre.

Zahn’s long-term vision is to bring the foods to market at prices that compete with real meat and dairy products. And after raising enough capital to scale its business model, Climax Foods is readying to sell its inventions to restaurants.

Quotes have been edited for length and clarity.

Q: Why start by offering food to high-end restaurants instead of putting foods in people’s refrigerators right away?

A: We wanted to launch a little bit like Tesla and start with what we call “moonshot” categories of foods, things that are impossible to create. People have made milk or ground beef before, but a cheese like a blue or a brie that tastes exactly like real cheese is a lot harder. That blows people’s minds. Having a car that performs like a Corolla—I actually love Corollas!—is not as exciting as having a super-fancy sports car.

In the case of food, what is considered to be a more sophisticated, complicated product than a high-end cheese? The idea is we can make that while sourcing the ingredients organically and locally. And we can offer it at the same price as dairy, and it tastes the same, it’s a good way to show off how powerful this technology is.

And then, at scale, we will be selling to big dairy manufacturers that have heard of us because they know what we’re capable of doing. It will be better for people’s health and the environment, but it will taste the same.

We also can’t produce as much right away, so partnering with high-end chefs and producing these gourmet cheeses is a way to do it.

Q: How did you go about collecting data from plants to recreate food products?

We looked at the compounds of these foods: what happens when you have proteins that you can dial in an infinite number of ways? We have pioneered a way to look at human flavor—the scientific term is olfaction—and see how humans respond to different small molecules.

We had to buy hundreds of thousands of dollars worth of instrumentation, hire some of the best scientists in the world and create machine-learning models to predict these things. There are a lot of functional data-sets of proteins, fats, carbohydrates and flavor molecules that we have created, all in-house, to prototype so much more quickly and efficiently to come up with products that taste so much more convincing.

Q: The common phrase one hears is, “I could be vegan but I’d miss cheese too much.” To what extent did you deliberately set out to solve “the cheese problem” since current alternatives might not hit the spot for some people?

A: Cheese is an environmentally impactful food—you know, food alone causes more global warming than all modes of transportation combined. Humans are willing to try plant-based alternatives, and there’s a lot of room for disruption because the current (milk) alternatives are not as convincing as they can be.

Cheese is also a very complex product—people have a very high bar. The flavor and texture need to be just right, it needs to be melt and stretch when you heat it. There’s some really amazing discoveries we made that we want to advertise over the next couple months.

So, to answer your question of why cheese, for a lot of people it’s the gateway, the limiting factor into a plant-based diet. I never fully could emotionally detach myself from cheese, and I’ll tell you, when our cheeses started tasting convincing, it was an extremely emotional experience—I cried! Especially for me growing up in Bavaria, it was dairy products that made culture possible. So it’s very exciting to see it happen.

Q: The idea of consuming meat or dairy versus following a plant-based lifestyle, especially in the U.S., is often interpreted as a statement of political values. How do you get around that?

A: It’s definitely tricky to navigate. I don’t even use the term “plant-based” any more; some of those products have been very unconvincing to consumers. And to add insult to injury: it didn’t just not taste right, but it was also very expensive. So there’s definitely a lot of baggage associated with the movement.

Our products are very, very different, and in a completely different league when it comes to convincing people. What I like to remind people of is just that, fundamentally, animals are secondary protein. Plants literally take air and nutrients from the soil. Animals take plant protein and synthesize and process it. What we’re doing is not that different from what an animal does—we’re just doing it in a smarter, cleaner, leaner, simpler way.

Ethically, also, our products have far less processing involved. At the end of this complex data science, we have a simpler product than any of our competitors. We are fundamentally being like the cow—creating what the cow can create, but a cow can only make milk. We can make infinite milks. We’re just removing the cows from the equation.

It’s definitely hard to get beyond the stereotypes, but I see it not as plant-based but as the food of the future.