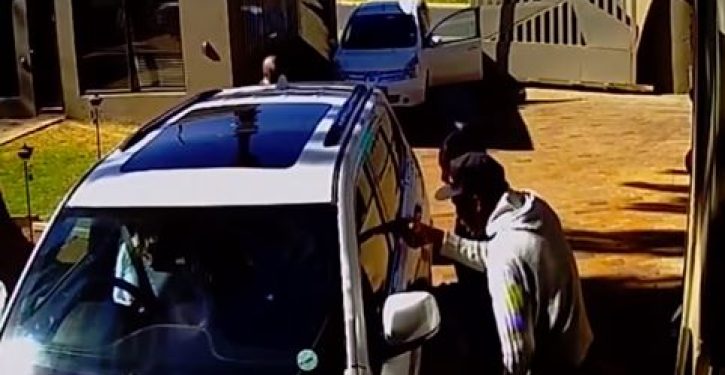 Carjackings have skyrocketed in Washington, DC, and homicide has risen a lot since 2019. What is the response of the government? It is moving to cut penalties for carjacking, gun possession by felons, and burglary — and to make it easier for criminals who have spent more than 20 years in prison for major crimes like murder to get their sentences reduced.

Washington, D.C., reported 426 carjackings in 2021, up from 142 in 2019. This March, a Washington doctor was run over and killed by a carjacker who drove off in his car. Last year, two teenage girls aged 13 and 15 carjacked and killed an Uber Eats Driver in Washington, DC, a crime for which they received only juvenile detention, not prison.

But the DC Government doesn’t seem concerned. As the Washington Examiner’s Byron York notes, the “Washington DC council voted unanimously to ‘lower sentences for burglaries, carjackings, and robberies….reduce penalties for illegal gun possession, including for carrying a pistol without license and for being a felon in possession of a firearm.’”

As Beege Welborn notes at Hot Air, “This is the second vote on these proposed reforms and all that remains is Mayor Muriel Bowers’ approval.” (Moreover, even if the mayor were to veto it, the Council could override her veto with a two-thirds vote).

The Washington, D.C., city council on Tuesday voted to dramatically reform the city’s criminal code, reducing penalties for offenses including illegal gun possession and carjacking, even as D.C. has seen a spike in homicides in recent years.

The legislation, which requires the approval of Mayor Muriel Bowser (D.), would eliminate mandatory minimum sentences for most crimes, the Washington Post reported, and lower the maximum sentences for crimes such as carjacking and robbery.

…Tuesday’s vote marks the second time this month that the council approved the legislation, which is required for bills in D.C. to advance. This week’s deliberation over the bill was contentious, as some council members challenged the bill’s provisions that would lower the maximum penalty for carrying a pistol without a license and possession of a gun as a felon to two years in prison.

If DC goes through with reduced sentences for criminals, that will likely increase the crime rate and the homicide rate. Studies indicate that longer periods of incarceration deter many crimes from being committed by people who are not currently incarcerated; they don’t merely prevent people who are already inmates from committing more crimes — although they do that, too. For example, a study found that longer sentences deterred people from committing murder, robbery, and rape. (See Daniel Kessler & Steven J. Levitt, Using Sentence Enhancements to Distinguish Between Deterrence and Incapacitation, National Bureau of Economic Research Working Paper #6484 (1998)).