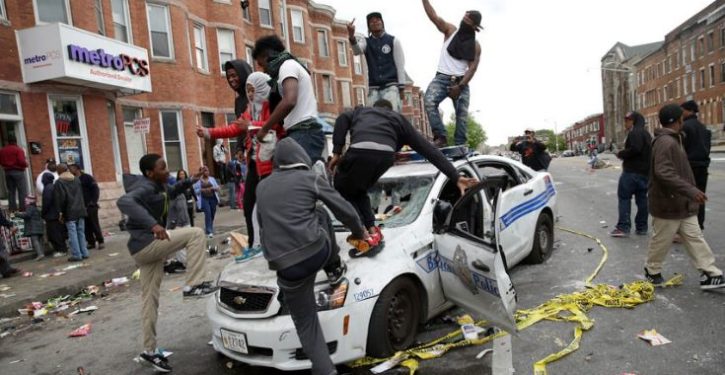 Washington, DC has had plenty of “criminal justice reform” — soft-on-crime laws that embolden criminals to commit more crimes. For example, in 2021, DC passed a “second-look” law that made 583 violent criminals (including many murderers and rapists) eligible for an earlier release.

But despite rising crime, it continues to pass such laws, resulting in more crimes being committed. Indeed, a criminal-justice reform activist was just killed by a criminal on the very day a new “criminal justice reform” was passed by the Washington, DC Council.

Last week in Washington, D.C, the City Council passed a sweeping overhaul to the city’s criminal codes. Touted as yet another example of “justice reform,” the changes reduced or removed bail for most crimes, and lowered or eliminated minimum sentences for many crimes while also lowering some maximum sentences. As we’ve seen in so many other cities, the overarching goal of the legislation was to further empty the jails and put criminals back out on the streets more quickly.

There was a tragic bit of irony taking place even as the measure came up for a final vote, however. One of the people who had been actively lobbying and promoting the “justice reform” measure was Kelvin Blowe, a 32-year-old activist with DC Justice Lab. On the night of the City Council meeting, Blowe was driving some colleagues home from his job as a security guard when he was caught up in an automobile accident. He exited his vehicle for reasons unknown and was promptly shot dead by someone on the street. Police say that no arrests have been made and the case remains under investigation.

Kelvin Blowe, 32, worked with DC Justice Lab, a group that advocates for criminal justice reform in the city.

He was on Southern Ave. near Suitland Parkway in SE when police say there was a crash after a driver crossed the line to try to pass Blowe’s car.

The just-passed criminal justice “reform” would cut penalties for carjacking, gun possession by felons, and burglary — and to make it easier for criminals who have spent more than 20 years in prison for major crimes like murder to get their sentences reduced.

But the DC Government doesn’t seem concerned. As the Washington Examiner’s Byron York reported, the “Washington DC council voted unanimously to ‘lower sentences for burglaries, carjackings, and robberies….reduce penalties for illegal gun possession, including for carrying a pistol without license and for being a felon in possession of a firearm.’”

The Washington, D.C., city council on Tuesday voted to dramatically reform the city’s criminal code, reducing penalties for offenses including illegal gun possession and carjacking, even as D.C. has seen a spike in homicides in recent years.

The legislation, which requires the approval of Mayor Muriel Bowser (D.), would eliminate mandatory minimum sentences for most crimes, the Washington Post reported, and lower the maximum sentences for crimes such as carjacking and robbery.

…Tuesday’s vote marks the second time this month that the council approved the legislation, which is required for bills in D.C. to advance. This week’s deliberation over the bill was contentious, as some council members challenged the bill’s provisions that would lower the maximum penalty for carrying a pistol without a license and possession of a gun as a felon to two years in prison.

If DC goes through with reduced sentences for criminals — which it will, unless Congress stops this criminal-justice reform bill from becoming law — that will likely increase the crime rate and the homicide rate. Freeing dangerous people who are currently incarcerated increases the violent crime rate. Baltimore illustrates this. Its homicide rate has risen since 2014. Over 200 people have been killed in Baltimore in just the first seven months of this year, about as many as died in all of the year 2014, even though Baltimore’s population has shrunk a lot since 2014. Murders have risen there because prosecutors haven’t been seeking long sentences for people who commit serious crimes. As a result, criminals are soon back on the street, where many of them go on to murder innocent people. Most murders in Baltimore are committed by people who previously were convicted of a serious crime, but didn’t serve a lengthy sentence for that crime, notes the City Journal:

Maryland Public Policy Institute researcher Sean Kennedy, who studied 110 homicide cases arising from January 2019 to July 2020, found that suspects in 77 of these had been previously convicted of a serious crime by Mosby’s office. Sixty-one of them (79 percent) faced statutory jail terms that should have kept them in prison beyond the date on which they allegedly committed the homicide.

Studies indicate that longer periods of incarceration deter many crimes from being committed by people who are not currently incarcerated; they don’t merely prevent people who are already inmates from committing more crimes — although they do that, too. For example, a study found that longer sentences deterred people from committing murder, robbery, and rape. (See Daniel Kessler & Steven J. Levitt, Using Sentence Enhancements to Distinguish Between Deterrence and Incapacitation, National Bureau of Economic Research Working Paper #6484 (1998)).