Denver Is On Pace For Record-Breaking Number Of Murders 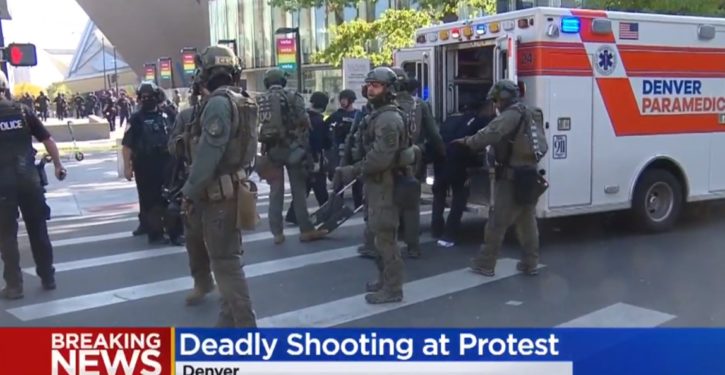 Denver is on pace to see the most number of people murdered in a single year since at least 1981.

Colorado residents are concerned about rising crime, with one study finding that 57% of those surveyed felt crime was an extremely or very serious problem, up from 41% in 2021, according to the Colorado Health Foundation. The local police department believes that people who own guns illegally largely contribute to the crime spike, KDVR reported.

REPORT: Coroner Says He Cried, Couldn’t Eat For A Week In Most Heinous Crime He’s Ever Seen https://t.co/fW0coOo8sO

Violent crime hit record highs in 2021, but many predominantly liberal-run cities have experienced record-breaking rates of criminal activity, including homicides, throughout the first half of 2022. In Denver, records show that there have been 2,800 aggravated assaults, robberies and homicides as of July 20, 2022, according to another KDVR report.

“We have a large juvenile population. Juvenile populations tend to drive the crime rate in big cities, and then we have a huge problem with fentanyl and opioids all across the country, but especially in Denver,” Metro State professor Stacey Hervey told 9News. She noted that the rise in violent crime around the U.S. is, at least in part, due to the result of policing shifts following George Floyd’s murder and the 2020 summer riots. (RELATED: Santa Monica Now One Of The ‘Least Safe’ Cities In California, Survey Says)

“We really asked police officers to not be as involved, defund the police, ask them to come up with different ways. And that’s all good, but the reality is crime is still going to occur and there are people out there who are going to take advantage of other people,” Hervey told the outlet.