Epigenetics Exposes Darwinian Biology as a Religion – Your DNA Does NOT Determine Your Health! 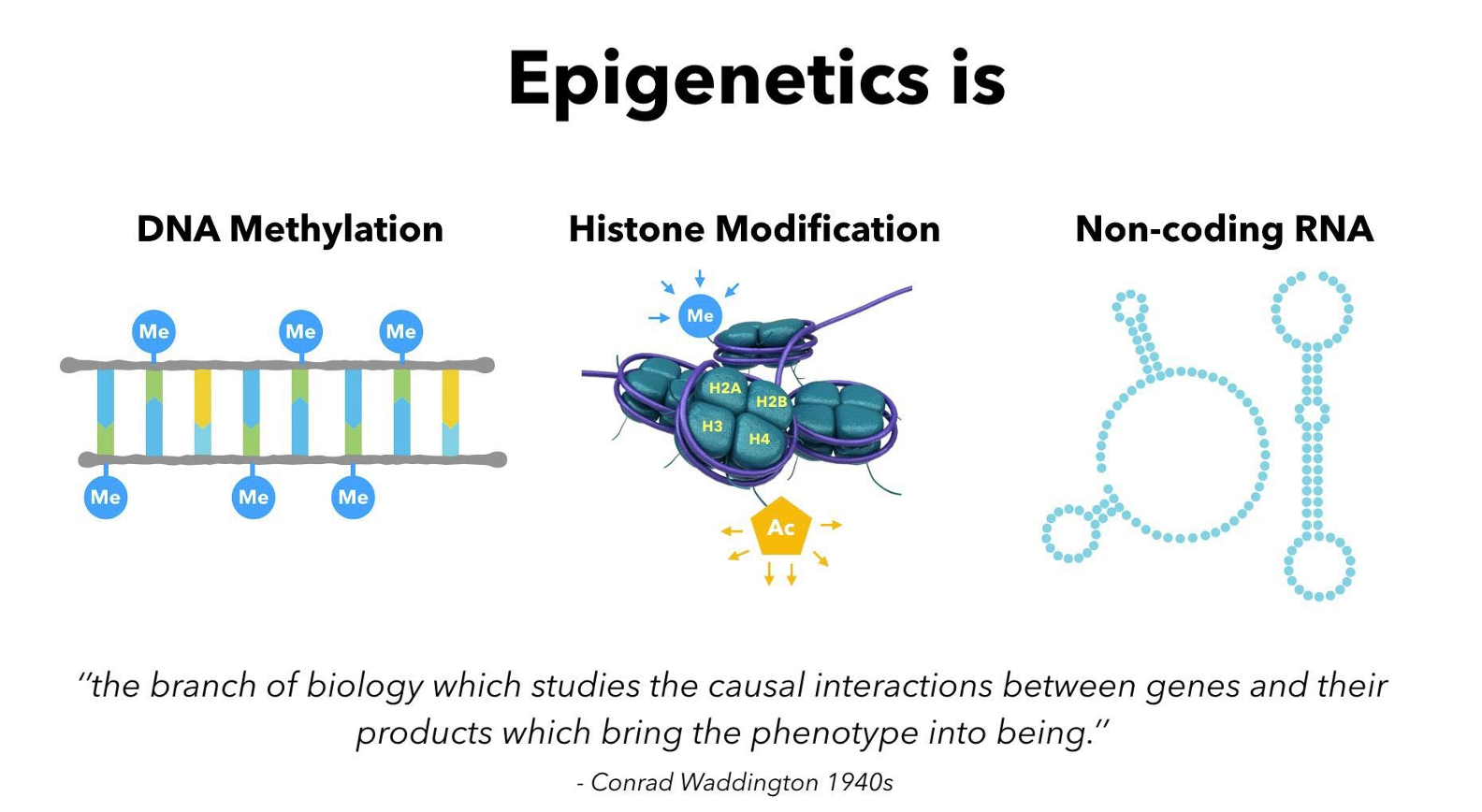 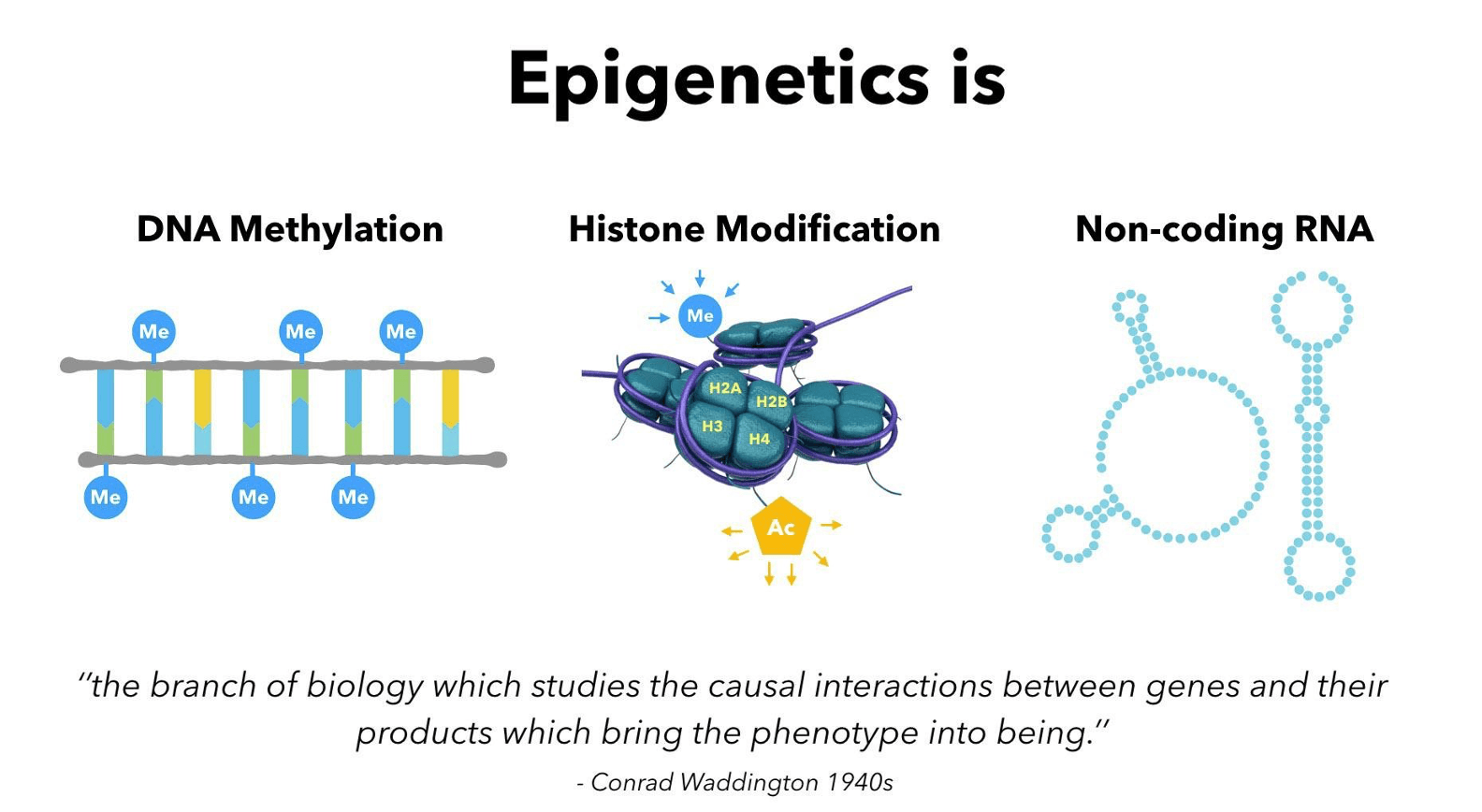 Darwinian biology has shaped the field of “science” for nearly two centuries now. However, Darwin’s theories of life and origins have undergone many revisions and updates over the years as scientific discovery brings to light new truths that challenge many of Darwin’s presuppositions.

DNA, for example, is a system of classification that was unknown during Darwin’s time, and many of the tenets of DNA have presented problems for Darwin’s theories.

In recent years, the whole field of “epigenetics” has proven that we are not the sum total of our “DNA blueprint.” In fact, the growing field of epigenetics completely contradicts the tenets of Darwinian biology according to biophysicist Dr. Cornelius G. Hunter.

Cornelius G. Hunter is a graduate of the University of Illinois where he earned a Ph.D. in Biophysics and Computational Biology. He is Adjunct Professor at Biola University and author of the award-winning Darwin’s God: Evolution and the Problem of Evil. He writes:

Epigenetics (epi means “above” genetics) is a term given to mechanisms that do not alter genes in our DNA, but rather turn genes off or on (or influence whether they are turned off or on). Epigenetic mechanisms are complicated and enable organisms to adapt intelligently and rapidly to challenging environments.

Here is one reason this contradicts evolutionary theory: the adaptation arises immediately, in direct response to the challenge. Not blindly. Not by random mutation. Not by natural selection.

Epigenetic mechanisms are ubiquitous in biology, and extremely important. Because of epigenetics, organisms with otherwise identical genes (e.g., twins) can be quite different.

Now look at a recent article in The Scientist about Andrew Pospisilik and his epigenetics research. The article attempts to cast epigenetics into an evolutionary framework. From, “One Sequence, Many Variations”:

For organisms that produce many offspring, such as fruit flies, it does not make evolutionary sense to have hundreds of truly identical offspring. If their DNA sequence makes them sensitive to an environmental perturbation, then they could all die.

Evolutionists do this all the time. The literature is chock full of teleological language, because otherwise it can make no sense. That is an internal contradiction. For more details, see my video:

I encourage everyone to watch this video by Dr. Hunter on DNA methylation, which is just over 35 minutes long. This is a very important truth to understand, because there is a lot of false information going around in the Alternative Health media right now claiming that because the COVID-19 shots “alter one’s DNA,” that they cannot be healed from the damage, and that people are being turned into “transhumans” as a result, and are no longer “homo sapiens.”

This is totally false, and is spreading unnecessary fear. The field of epigenetics shows us that our bodies did not evolve out of random chance, but that they were wonderfully designed with mechanisms to turn off “bad genes,” and to even develop “good genes” that can be passed on to future generations.

A study published in Biophysical Journal in 2019 out of NYU revealed that “a team of scientists has identified how damaged DNA molecules are repaired inside the human genome, a discovery that offers new insights into how the body works to ensure its health and how it responds to diseases that stem from impaired DNA.”

They stated that “the human genome experiences about thousand DNA damage events every day, which can occur naturally or due to the external factors such as chemicals or UV radiation (e.g. sunlight).” (Source.)

In fact, if you search through PubMed for the term “DNA repair”, you will get over 100,000 results in the peer-reviewed medical literature.

We have been reporting on the field of epigenetics here at Health Impact News for over a decade. 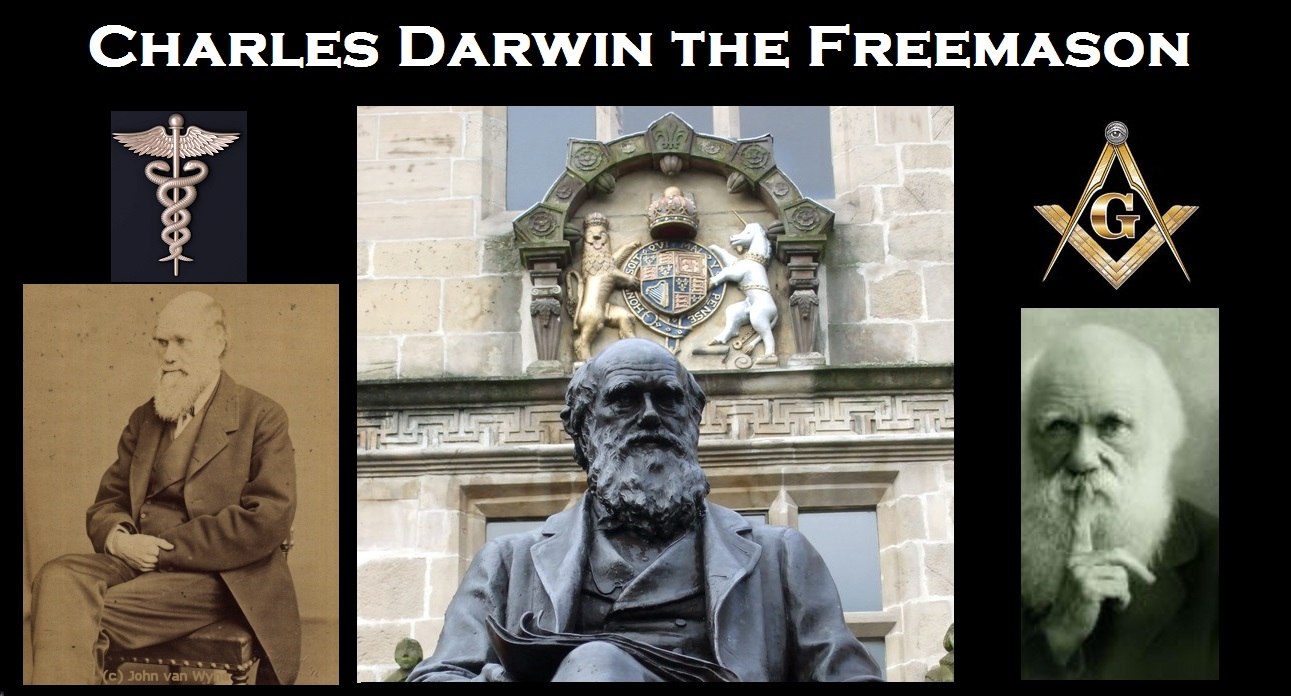 Charles Darwin was not the only scientist who developed the concept of “natural selection” in evolution. One of his contemporaries was Alfred Russel Wallace, who shared his work on natural selection with Darwin.

Unlike Darwin, however, Wallace’s observation of the natural world led him to believe there is an “intelligent design” behind nature.

So how did Darwin’s work go on to gain such prominence, that it became the entire foundation of “science” in Western Culture today?

Darwin was a Freemason. As we have documented for the past few years, Freemasonry is the driving force behind who gains worldly fame, whether it is science, politics, business, or entertainment, and who does not.

This is very thoroughly documented in Altiyan Childs’ documentary on Freemasonry:

Darwin’s contemporaries in Freemasonry were Karl Marx, who wrote the Communist Manifesto in 1848, and Karl Ritter (1779-1859), who was a German Professor of History and Geopolitical science, and wrote the anti-thesis to Karl Marx’s Communist Manifesto, drawing up a plan by which he maintained the Aryan Race would first dominate Europe, and then the entire world.

But it was Darwin’s work that had more impact on modern culture than even Marx or Ritter, as his theories of evolution are mostly accepted as fact today by everyone, no matter which side of the political debate (Marx – Left – Communism, or Ritter – Right – Nazism) one follows.

The Christian doctors in the Alternative Health Media today, who were all trained in Darwinian Biology in their medical training, and who are promoting transhumanism, are unwittingly promoting the Godless secular beliefs of Darwin and Ritter, and the Freemason agenda which is being promoted by Davos and the World Economic Forum, by encouraging people to fear “transhumanism,” and stating that if you get a COVID-19 shot, your DNA is altered and you cannot be healed, or saved.

This is wrong, and it needs to stop!

Altiyan Childs (and others) have exposed the secret society of Freemasonry as being no different than Satanism. The only difference is one is done out in the open (Satanism Goes Mainstream in America Indoctrinating Children and Young People), and the other one, Freemasonry, is done in secret.

Those who have tried to expose Freemasonry as Satanism in the past, especially if they were in a position of high authority, were usually silenced. And that included former U.S. President, John F. Kennedy.

But everything has changed now, and the evil deeds that were mostly done in secret in ages past, are now happening right out in the open for all to see, such as the COVID-19 bioweapon shots.

I still get people who email after publishing articles like this, who like to talk down to me as if I am foolish to “mix religion” with the facts I report regarding the activities of the Globalists.

But I am not the one who is foolish. If you don’t understand that the person at the top who is calling all the shots is not human, but is someone named “Satan,” or referred to as “the Devil,” then you cannot fully understand the day and times we are living through. You, like all of us, have been brainwashed by Darwinian propaganda and their “god” called “science.”

They do it through their religion, and their allegiance to Satan, mostly through Freemasonry.

Breaking free from the propaganda that all of us have been subject to our entire lives, is no easy task, and is a life-long endeavor. It requires diligent study of the Ancient Scriptures, the Bible, which gives us the blueprint for humanity, from beginning to end, and exposes Satan. See:

Should You Read the Ancient Bible? Is The Bible Accurate or Corrupted?

I begin every day by reading the Bible, and taking notes on the things that the Spirit of Christ is revealing to me that day. And pretty much every day I gain new insights and understanding to help me through the insanity of the times we are living through.

When Jesus left this earth after his resurrection, he instructed his disciples to wait for his imminent return. And that is what is supposed to guide our lives, not waiting for some politician or other savior to come along and save the day, or bring about justice to Satan and his minions.

Everyone reading this is going to die. Your body will go through the physical death, and begin to decay, or possibly be burned up and turned into ashes.

But your soul and your spirit will live on. Have you prepared for that time? 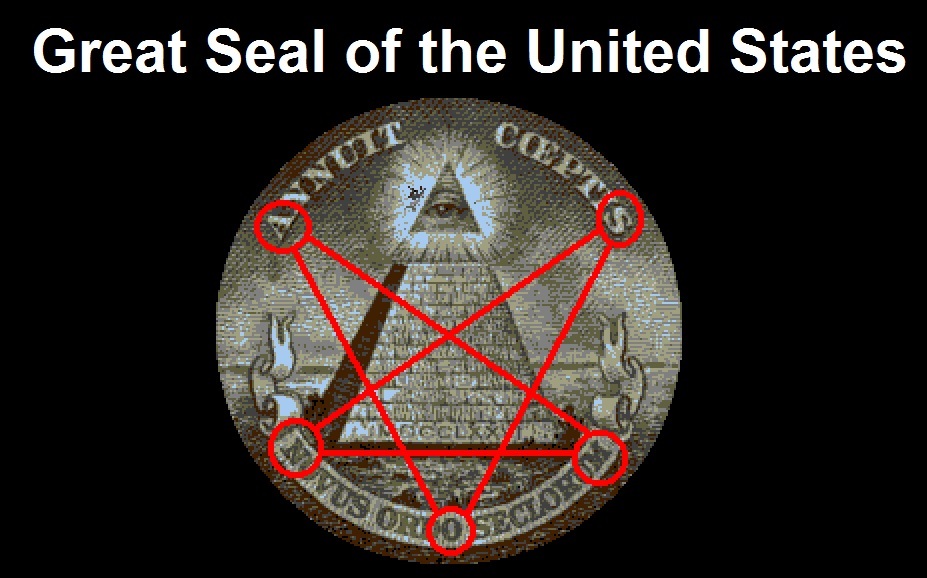 Year 2023: Will America Fulfill Its Destiny? Jesus Christ is the Only “Transhuman” the World Has Ever Seen or Will Ever See 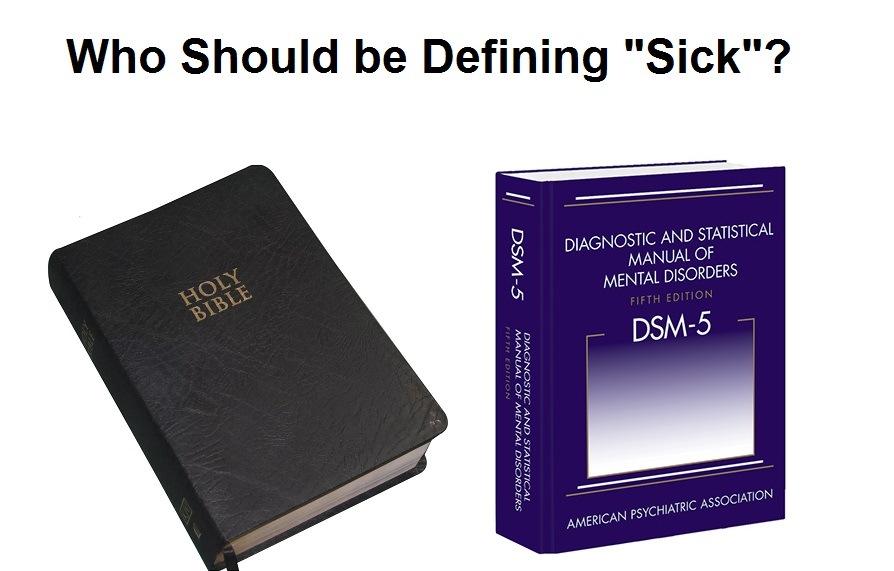 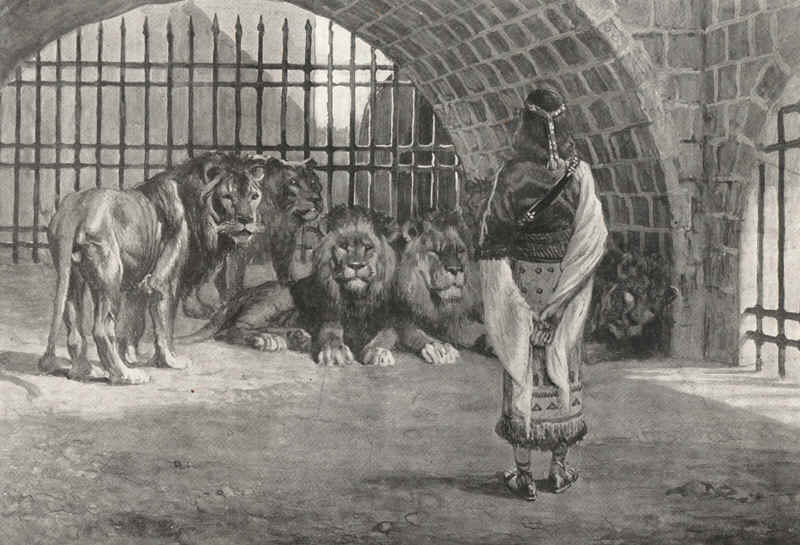 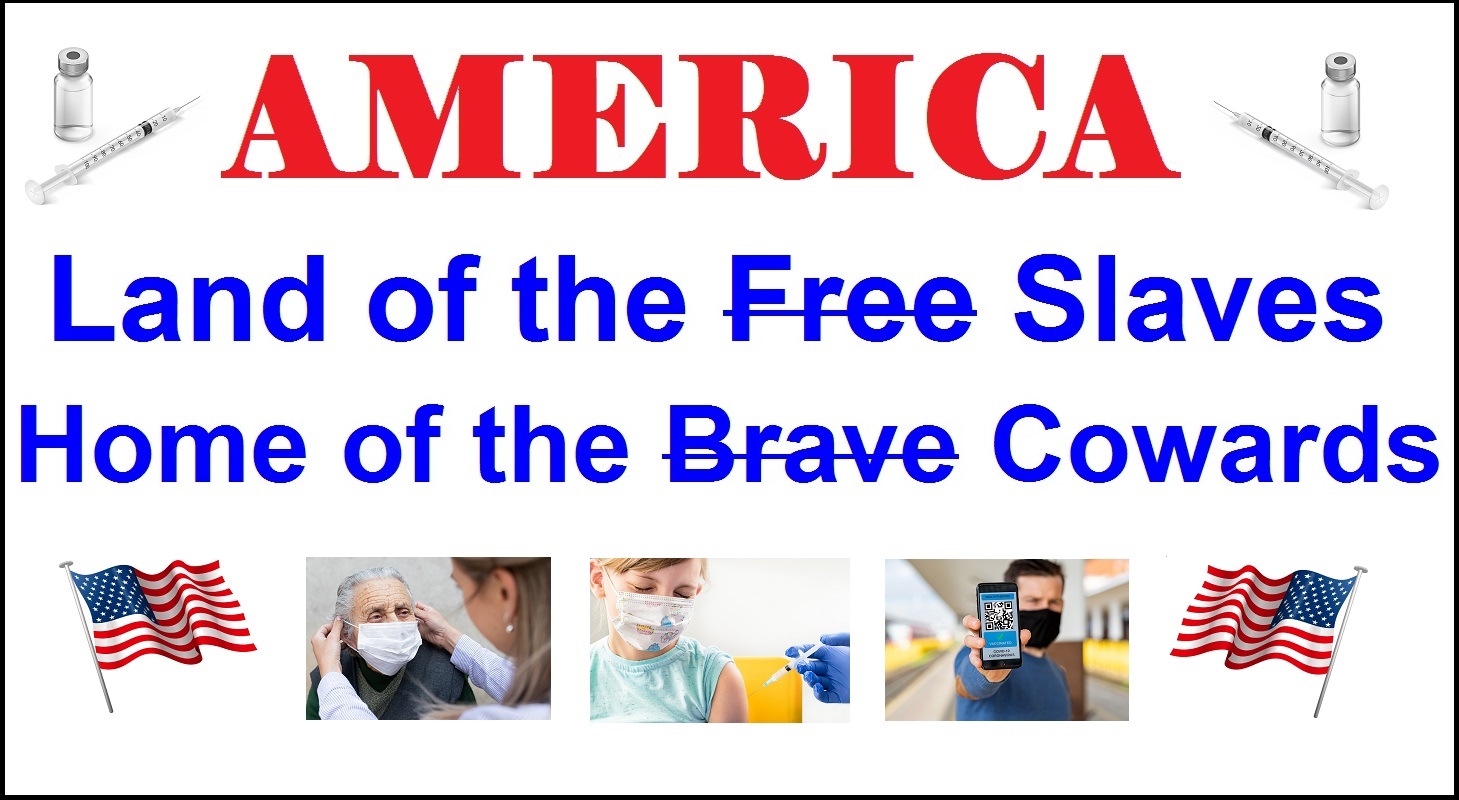