Famine In The Uyghur Lands: Accident Or Accelerating Genocide? 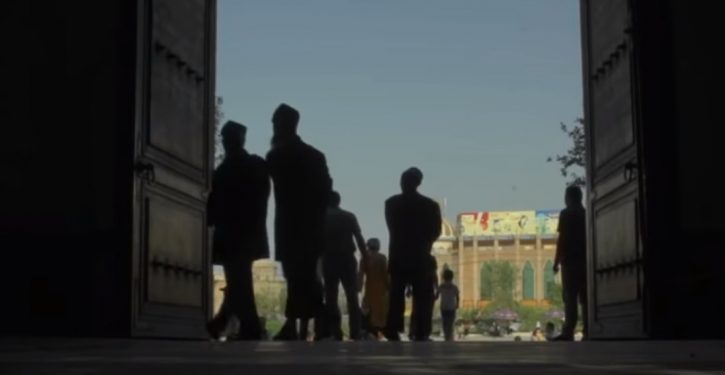 The East Turkestan National Awakening Movement (ETNAM) held a Sunday protest in Washington calling on the Chinese government to stop the famine in East Turkestan (China’s Xinjiang Province), a result of the lockdown in the region. In response to the pressure – possibly local or international – for the first time Ghulja and Korla city governments have taken responsibility for the mistakes of the lockdown measures. However, they accused grassroots cadres (Communist Party managerial staff) of being dishonest and not accurately reporting the situation in a timely manner.

The Uyghurs, who had long been silent on social media and only expressed their grievances using symbolic gestures and pictures, began voicing their opposition for the first time since the lockdown was implemented in East Turkistan, especially  in the last 10 days.

Consider some of the most recent social media posts about the starvation:

“All four [of] my children got sick. All of them have a temperature of 40 degrees. If you don’t [provide] medicine, my children will die … You have locked us [in]. You have [a] responsibility to take care of my children. No one [has come] to visit us for five days now. I will do something if you don’t care …”

“Hey, cadres (Chinese cadres in the region), you’re full of food (expletives). You all have money. We know that you don’t worry if you stay [at] home [for] a year because you have [an] iron plate (government salary), but we don’t. We have to earn money to care [for] our children. Our crops in the fields are dead. Do you want to kill us too? Listen to me, cruel cadres, show me the redlined papers (official documents) of the central government. If you were told to kill us, come and kill us with guns. Don’t [make us] suffer by starving, Xi Jinping and the CCP. Look at this situation. We are dying. We are being killed. Is this your order?”

While most Chinese residents in the region are state officials or private citizens who have gotten rich from the country’s policies, 80% of Uyghurs are farmers. The remainder run small small businesses. In most Uyghur families, 1–2 adults are being held in a prison or camp. Thus, one week after the lockdown, the reactions of Uyghur residents began to ring out. It began with pictures of helplessness — people locked in their houses. This was followed by couplets and poems describing the situation. Now they are crying and yelling.

Resident: “Look, my brother Akhmet is dead. His body is frozen. He seems to have been dead for a few days.” He shouts at the cadres of Chinese, “Is it okay [to] just throw the medicine to [our] home through the window? Why don’t you come into the room and check him? People, be aware that my brother has died because of [the] lockdown!”

What I have shown are just a few of the hundreds of videos posted to TikTok, which Uyghurs in exile have saved.  One post shows a picture of an old man standing on the window ledge of his apartment on the top floor of a high-rise building and shouting, “I’m hungry, I’m fed up with this life.” In another video, a woman is standing at the window of a high-rise building and is about to commit suicide; The human consequences of this 15-second-long footage are unknown.

According to Radio Free Asia, a cadre revealed that he knows 12 people who died in 10 days due to a lack of medicine and nutrition, although he implied the true number may be larger. Among them, Mawlan Siddiq (62), Sawut Tursun (50), and Gulbakram (40) were identified.

So far, these posts have been deleted from Chinese TikTok, so the issue has not been covered in the news, in the Chinese media, or in documents and notices from the authorities. The international media are certainly clueless.

Why is this starvation happening? Is it because two ethnic groups with totally different languages ​​and cultures cannot live peacefully in one country, because one does not know, understand, or feel the pain of the other?

Or is it because, for the past 70 years, the Chinese Communist Party has repeatedly proven that the preservation of its image is above all else – even at the expense of the safety and existence of its “citizens?”

Observers note that China has adopted a new path to genocide – it is practicing slow death. From this viewpoint, is China accelerating and expanding the Uyghur genocide by ignoring this famine?

The nature of the Uyghur issue suggests so. The former boss of the region, Wang Lechuan, has stated that the struggle between evil forces (Uyghurs) and China was a “struggle of life or death”? Thus, the lockdown becomes an opportunity for China to kill more of its perceived enemies.

Whatever the reason, it is inappropriate and inhumane to remain silent.  The leader of ETNAM Salih Hudayar’s words are worth noting: “We call on the international community, including the U.S. Government, to swiftly intervene and stop China’s ongoing genocide, forced starvation, and other crimes against humanity in East Turkistan”.

Kok Bayraq is a Uyghur political dissident and journalist who left China after ‘trouble with the authorities’ and writes under a pseudonym to speak freely on the Uyghur genocide.