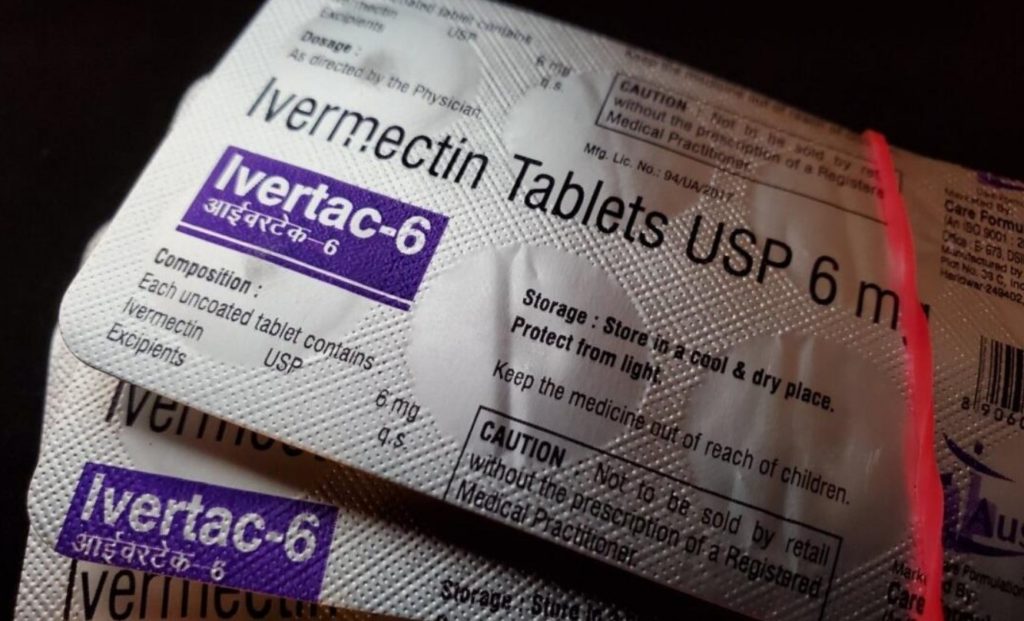 The US Food and Drug Administration (FDA), which mocked Americans for taking Ivermectin to treat Covid-19, now says their campaign telling people to “stop” taking it was informal and just a recommendation, according to an argument made by government lawyers during a recent hearing.

“The cited statements were not directives. They were not mandatory. They were recommendations. They said what parties should do. They said, for example, why you should not take ivermectin to treat COVID-19. They did not say you may not do it, you must not do it. They did not say it’s prohibited or it’s unlawful. They also did not say that doctors may not prescribe ivermectin,” Isaac Belfer, one of the lawyers, told the court during the Nov. 1 hearing in federal court in Texas according to the Epoch Times.

“They use informal language, that is true,” Belfer continued, adding “it’s conversational but not mandatory.”

Yet, in 2021 the FDA created a web page titled “Why You Should Not Use Ivermectin to Treat or Prevent COVID-19,” before then tweeting: “You are not a horse. You are not a cow. Seriously, y’all. Stop it.”

We always knew the truth, and that’s why we were outspoken about it. You’re liars and put people’s lives at risk by hiding medications that work. pic.twitter.com/FywlS7JiyJ

A second Twitter campaign stated: “Hold your horses, y’all. Ivermectin may be trending, but it still isn’t authorized or approved to treat COVID-19.”

In a separate page noted by the Times, the FDA said: “Q: Should I take ivermectin to prevent or treat COVID-19? A: No.”

Jared Kelson, an attorney representing the plaintiffs, told the court during the hearing that that informal claim “doesn’t explain the language they actually used: ‘Stop it. Stop it with the ivermectin.’”

The FDA’s actions “clearly convey that this is not an acceptable way to treat these patients,” he argued.

Plaintiffs in the case include Dr. Paul Marik, who began utilizing ivermectin in his COVID-19 treatment protocol in 2020 while he was chief of pulmonary and critical care medicine at Eastern Virginia Medical School and director of the intensive care unit at Sentara Norfolk General Hospital.

After the FDA’s statements, Marik was told to remove the protocol from the school’s servers while Sentara issued a memorandum to hospitals telling them to stop using ivermectin against COVID-19, with a citation to the FDA. -Epoch Times

As Justin Heart, author of “Gone Viral,” notes, the FDA is doing some “grade A gaslighting now.”

Wow. Just wow. @US_FDA doing some grade A gaslighting now. “It was just a recommendation!” pic.twitter.com/qzKpjTpBIa

This widely prescribed anti-parasitic which is also used in horses has shown massive efficacy worldwide in the treatment of mild and moderate cases of Covid-19, plus as a prophylactic. India’s Uttar Pradesh province, with a population of over 200 million, says that widespread early use of Ivermectin ‘helped keep positivity [and] deaths low.’

Separately, there have been several studies funded by the Indian government, primarily conducted through their largest govt. public medical university (AIIMS).

Conclusion: Two-dose ivermectin prophylaxis at a dose of 300 μg/kg with a gap of 72 hours was associated with a 73% reduction of SARS-CoV-2 infection among healthcare workers for the following month.

Conclusion: There was no difference in the primary outcome i.e. negative RT-PCR status on day 6 of admission with the use of ivermectin. However, a significantly higher proportion of patients were discharged alive from the hospital when they received ivermectin.

Here are more human studies from other countries on the ‘horse dewormer’:

Findings: Patients in the ivermectin group recovered earlier from hyposmia/anosmia (76 vs 158 patient-days; p < 0.001).

Conclusion: According  to  our  study,  the  Ivermectin-Doxycycline combination therapy has better symptomatic relief, shortened recovery duration, fewer adverse effects, and superior patient compliance compared to the Hydroxychloroquine-Azithromycin combination. Based on this  study’s  outcomes,  the  Ivermectin-Doxycycline  combination  is  a  superior  choice  for  treating  patients  with  mild to moderate COVID-19 disease.

Discussion: A 5-day course of ivermectin resulted in an earlier clearance of the virus compared to placebo (p = 0.005), thus indicating that early intervention with this agent may limit viral replication within the host. In the 5-day ivermectin group, there was a significant drop in CRP and LDH by day 7, which are indicators of disease severity.

Meanwhile, there are currently 86 ongoing or completed clinical trials on Ivermectin around the world.

Shocking amount of INGREDIENTS in a “Healthy” Starbucks breakfast wrap…