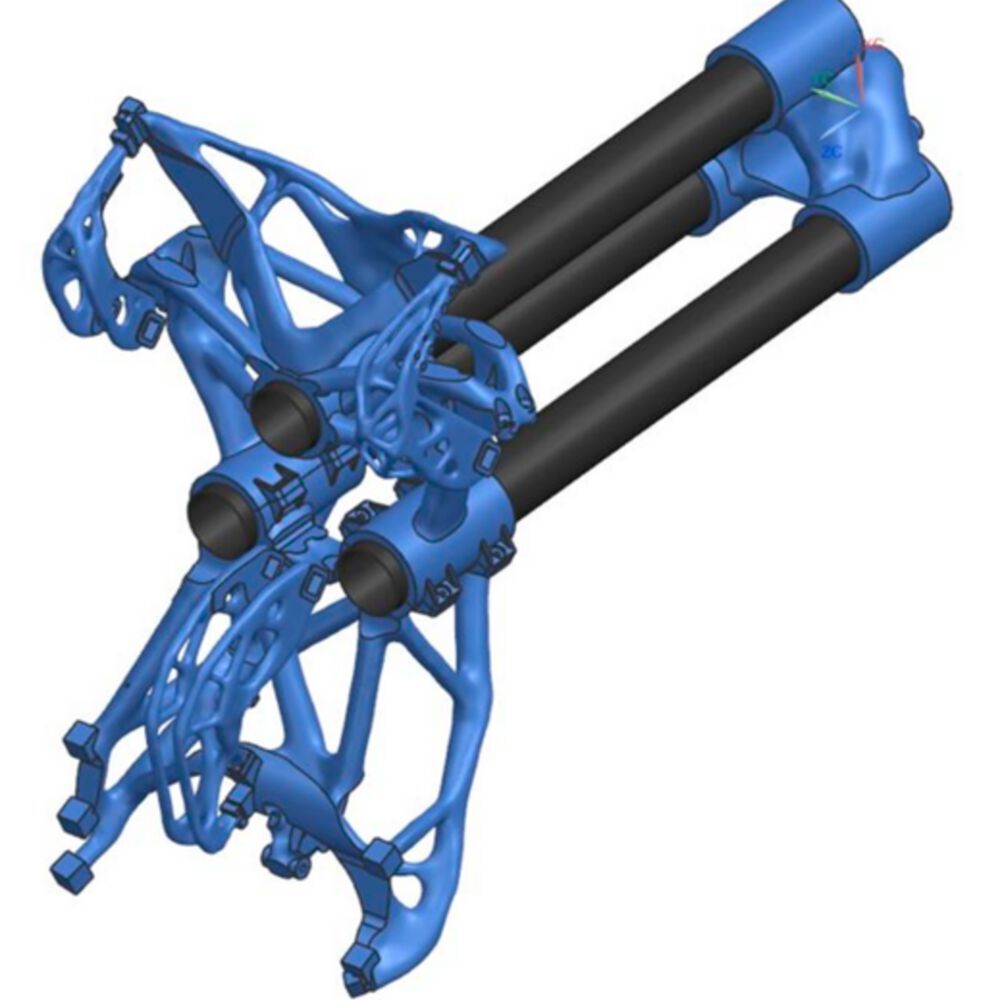 While additive construction is being deployed at this very moment to aid in a military conflict between India and China, the additive manufacturing (AM) industry is focused on Germany. We’ll see how the numbers stack up after the event, but there’s a sense that Formnext 2022 is the largest trade show the AM industry has seen so far. To tackle all of the news out of the conference taking place in Frankfurt, Germany right now, we’ve publishing several roundups dedicated to 3D printing hardware, software, materials and more. In this post, we’ll provide a brief overview of the materials news that we haven’t gotten a chance to dedicate entire articles to.

Israeli startup CASTOR has already developed a unique software for identifying 3D printable part candidates from existing component libraries. Now, it has added a CO2 emissions calculator that automatically identifies designs with environmental benefits that can be 3D printed, and calculate the potential emissions savings. Industrial giant Siemens, too, introduced a “Product Carbon Footprint Calculator”, as well as “Teamcenter Product Cost Management,” which makes it possible to optimize a part for production costs and carbon footprint. The company demonstrated the possibilities by designing a robotic gripper that initially weighed 58kg and was made up of 660 parts. Using the tools in NX for AM, Siemens was able to cut the mass of the gripper by 64 percent, while reducing assembly time by 80, production costs by 73 percent, and carbon footprint by 82 percent. This made it possible to use smaller robots, thus resulting in energy savings of 54 percent per year. In addition to a slew of news stories from the software company, Dyndrite also announced that it has partnered with PostProcess Technologies to develop an “end-to-end CAD to Post Processing” automation solution. Using the Dyndrite Application Development Toolkit, the companies will simplify the process of developing PostProcess recipes for finishing 3D printed parts, including depowdering, support removal and surface finishing. Dyndrite’s GPU-powered platform is said to be ages ahead of other software solutions due to the fact that it relies on next generation computer processing via GPU. While we’ve seen it applied to a number of 3D printing process steps, this appears to be among the first in which it will be used in post-processing, a labor-intensive, costly, and potentially hazardous portion of additive manufacturing (AM) workflow.

Cognitive Design Systems (CDS) announced several software partnerships with Stratasys, Fortify and Synera, while also appointing Fortify Chief Revenue Officer Steve Costello as a Strategic Advisor. CDS’s design software relies on artificial intelligence (AI) to preform 3D modeling and numerical simulation to perform print preparation. While aiding in the orientation of, nesting of, and support structure generation for parts, the tool also predicts costs, printability, and machine suitability. At Formnext, the company announced that its Cognitive Additive software is now integrated into Stratasys’ GrabCAD Print for fused deposition modeling (FDM), as well as with Synera’s software. With Fortify, CDS will work to develop a lattice design tool for RF applications, including the autonomous generation of Gradient Refractive Index devices. SLM Solutions named Authentise, Materialise and Oqton as companies that will join its software partner ecosystem, complementing its in-house software in order to create a full software solutions dedicated to build preparation, digitization, connectivity and quality assurance. Oqton and Materialise will aid SLM in the integration of its laser powder bed fusion (PBF) systems into production environments by improving automation and traceability, while its own software, SLM.Quality, will be deployed for quality assurance. Other members of the ecosystem will include 3DXpert, Assembrix, Autodesk, CADS Additive, Dyndrite, Hexagon, Indentify3D, nebumind, Siemens, Sigma Additive Solutions, Viaccess-Orca and others.