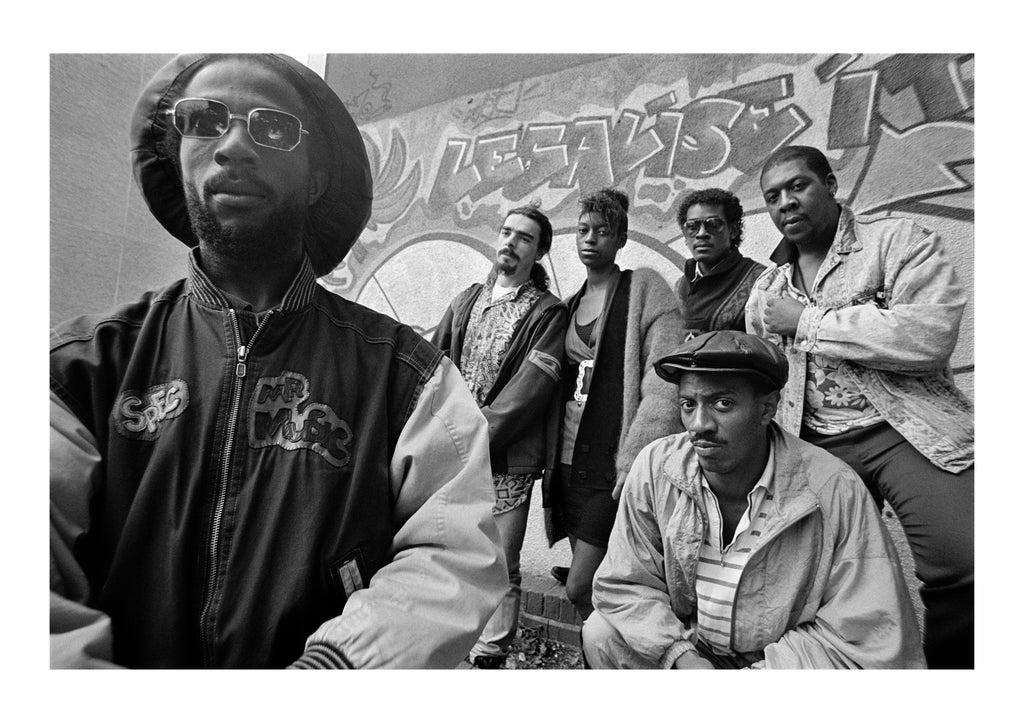 When photographer Mark Simmons moved to Bristol from London in the mid-1980s, he was just in time to witness some of the city’s most creative and exciting years for music. Hip-hop crews, punk bands and leftfield experimenters had started to build a following in a number of the city’s underground clubs. Soon, trip-hop would emerge, with local artists Massive Attack, Tricky and Portishead putting Bristol on the global music stage.

Simmons was among all of this, photographing artist, gigs, street parties and festivals. His approach was to become a participant rather than an outsider, dancing in the crowds for hours as well as taking photographs, gaining the trust of the people around him to catch partygoers and artists at their most natural and unguarded. “When taking [action] photos you’ve got to be in the eye of the storm to really capture that moment,” says Daddy G of Massive Attack. “Mark has always been that guy.”

Much of Bristol’s best music came through the meeting of different subcultures and communities — reggae meeting hip-hop meeting punk and rave. Community is also the beating heart of Simmons’s work. Whether it’s monster sound systems at St Paul’s Carnival, sweaty deep house club nights or hippies relaxing at a free festival, it is clear that these accessible, communal spaces have been a key part in fostering Bristol’s outsized musical influence.

Nonetheless, a number of the spaces Simmons photographed have since closed. The organisers of Bristol’s Ashton Court Festival, once the largest free festival in Europe, declared bankruptcy in 2007 not long after new government regulations on licensing laws and health and safety requirements. St Paul’s Carnival, Bristol’s annual celebration of its black and Caribbean heritage, has struggled with cancellations over the past decade due to funding issues and, more recently, Covid-19. Simmons’s work reminds us not only of the individuals that made Bristol great, but the importance of the community that created them.

The War on Drugs: ‘Springsteen gets a kick out of my son being named Bruce’