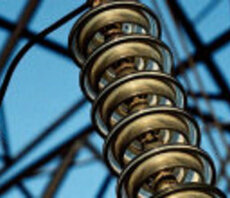 All the green business news from around the world this week

The Chinese government has provided the first evidence that its recent unveiling of a net zero emissions target will trigger a new wave of low carbon infrastructure deployment.

State media reported this week that the government is to invest close to $900bn over the next five years in upgrading and expanding the country’s power grids.

The Xinhua News Agency reported comments from Mao Weiming, chairman of the State Grid Corp of China, explaining that the country’s largest utility would invest 6 trillion yuan ($896bn) between 2021 and 2025 in new grids and related technologies. The investments will centre on areas such as ultra high voltage power transmission, electric vehicle chargers and new digital infrastructure, he said – all areas that are deemed essential to increasing the share of renewables in the country’s power mix.

The news cames as Bloomberg reported on comments from He Jiankun, chair of the academic committee at the Institute of Climate Change and Sustainable Development at Tsinghua University, who confirmed that the country’s new net zero target covered all greenhouse gases, not just carbon dioxide.

The clarification is significant, as China’s massive agricultural sector and industrial base makes it a major source of a number of greenhouse gases.

A new report from trade body WindEurope has calculated that the wind energy is delivering 300,000 jobs across Europe, contributing €37bn to EU GDP every year.

The report also revealed that each new turbine installed in Europe generates on average €10m of economic activity. Moreover, 248 factories across the continent produce turbines and components while five of the world’s top 10 turbine manufacturers are European – and collectively they have a 42 per cent global market share.

“Investing in wind will help Europe reset its economy,” said WindEurope CEO Giles Dickson. “Each new turbine generates €10m of economic activity. There’s a pipeline of new projects waiting to start. And the expansion of wind energy envisaged in the National Energy and Climate Plans will create 150,000 new jobs. Provided governments implement their Plans properly. If they don’t implement them properly, and if they don’t simplify the permitting arrangements for new wind farms, then we’ll lose jobs.”

Microsoft has this week signed a Memorandum of Understanding (MoU) with oil giant Equinor that will see the firms jointly explore ways to support the Northern Lights carbon capture and storage (CCS) project.

The agreement could see Microsoft become a technology partner for the Norway-based project, which also includes Shell and Total and is working to scale up the development of CCS infrastructure.

“Carbon capture and storage is a proven technology and has the potential to play a key role in decarbonising energy and industries across sectors to meet international climate targets,” said Equinor executive vice president Irene Rummelhoff. “We look forward to working together with Microsoft and the Northern Lights partners to develop digital technologies for Northern Lights. We are also happy to partner with Microsoft to explore opportunities for the Northern Light project to remove carbon from Microsoft’s operations.”

Her comments were echoed by Microsoft President Brad Smith, who said it was a global imperative that new ways to capture, transport, and permanently store carbon are developed. “This will require enormous investment and innovation, including a huge amount of computing power and data,” he added. “As a company, Microsoft is excited about and committed to supporting promising carbon capture approaches. Our goal is not only to contribute our technology and know-how, but explore how new solutions like the Northern Lights project can help us meet our own carbon negative goals by 2030.”

Around 3GW of ocean energy could be deployed worldwide, with costs falling to around €90/MWh for tidal stream and €110/MWh for wave energy, according to a new publication by industry body Ocean Energy Europe.

The 2030 Ocean Energy Vision argues a new wave of marine energy development could be unlocked with the right policy frameworks, with Europe likely to emerge as a global hub for the nascent industry.

Advocates of marine energy maintain it can deliver clean and realiable, non-weather dependent, power at scale. But the sector has been hamstrung by high costs and tchnical challenges at a time when the cost of other forms of renewables, such as offshore wind, have fallen sharply.

However, the new report argues ocean power still has a major role to play in the net zero transition and calls on Brussels to ensure ambitious targets for marine energy are included in the forthcoming European Strategy for Offshore Renewable Energy. Targets must be complemented by deeper cooperation between the EU and national governments, particularly on revenue support and permitting, it added.

“The 2030 Ocean Energy Vision is a clear signal of the industry’s confidence in the future,” said Ocean Energy Europe’s CEO, Rémi Gruet. “We know what Europe will need in 2030 and beyond, and we know that ocean energy delivers on those needs. The sector has already taken huge strides forward in technological development and cost reduction. Now we just need the right framework to roll out large-scale wave and tidal energy across Europe’s seas and oceans.”

A new report from the Investor Group on Climate Change (IGCC) has calculated that Australia could unlock a $63bn investment boom over the next five years if it pulled its climate policies into line with a target of delivering net zero emissions by 2050.

The Australian government has for years resisted calls for more ambitious climate policies, citing cost concerns while questioning the impacts that are likely to result from unabated climate change. However, state governments across the country have in recent years adopted net zero emission targets of their own, delivering a defacto national target but without the federal policy framework to back it up.

The new analysis from the investor group, which represents institutional investors with funds under management worth more than $2tr, steps up calls for the government to deliver a coherent policy framework for accelerating the roll out of net zero infrastructure.

Its modelling suggests a net zero scenario would unlock $63bn of investment over the next five years, including $15bn in manufacturing, $6bn in transport infrastructure, and $3bn in domestic green hydrogen production. A further $33bn of investment in nature-based carbon sequestration could be mobilised, according to the report.

In the longer term, the report suggests the net zero transition would continue to deliver multi-billion dollar investment opportunities through to 2050, including $385bn in clean electricity, $350bn in green hydrogen, $104bn in transport infrastructure, and $102bn in carbon sequestration.

“What it shows is that the investment opportunities extend well beyond just the renewables industry,” Erwin Jackson, the IGCC’s director of policy, told the Guardian. “Renewables are the backbone of the transition but there are massive opportunities in other sectors such as manufacturing, restoring the land, and electrification of transport.”

US tops coronavirus infection tally with nearly 85,000 cases in one day, but hospitalizations remain below peak — RT USA News