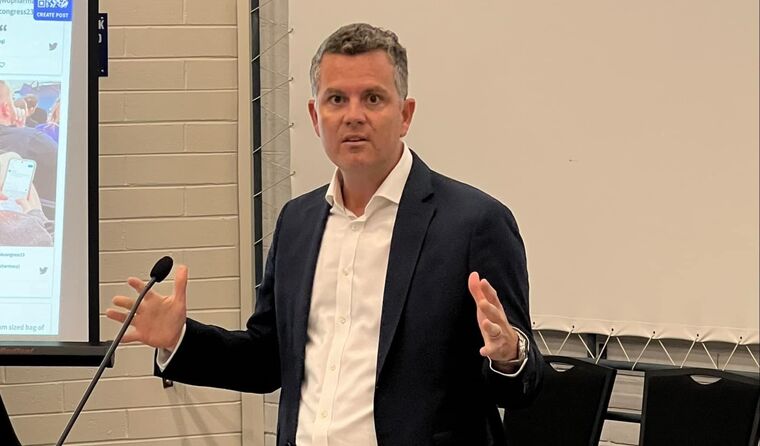 The comments, made at a recent student event, included attacks on multiple health professions and argued for no-limits pharmacy prescribing.

The Pharmacy Guild has been labelled ‘out of control’ after its President, Professor Trent Twomey, criticised other health professions and railed against limits imposed on pharmacists’ scope of practice during a speech to university students earlier this week.

In comments published by The Australian Journal of Pharmacy, Professor Twomey said Australia’s healthcare system is ‘stuffed’ and that the Guild – a pharmacy owner lobby group – should be in control of what services pharmacists are able to provide.

‘Defining what specialisation is in full scope of practice is really important, and it’s currently being defined incorrectly by … some academics, and some organisations,’ he said.

‘Our job is to define for you what full scope of practice is and what specialisation is.’

Professor Twomey also reportedly said that being able to prescribe, dispense, administer and review medicines do not constitute specialities and that ‘no one gives a shit’.

‘The hospital system is under strain and other elements of primary care are under strain … full scope of practice is the only solution to the healthcare crisis here in Australia,’ he said.

‘I need to be able to do all four of those for all medicines for all people.’

Other parts of speech featured an analogy whereby Professor Twomey said doctors supervising pharmacy prescribing was akin to a plumber watching over the shoulder of an electrician installing an air conditioner, while GPs were also labelled ‘twits’ for allowing non-practitioners to own practices.

‘According to them, the limits on pharmacy prescribing should be done away with,’ she said.

‘Describing the idea of pharmacists only having extended powers if working in cohort with trained medical professionals as “bloody insulting” shows the true mindset of the Pharmacy Guild.

‘In this speech, there is no mention of patient safety, it is all about exerting power and extending the role of pharmacy to maximise pharmacy owner profits at any cost.’

She also said the speech ‘should send a shiver down the spine of politicians everywhere’ and predicted that the Guild will continue attempts to aggressively expand pharmacy’s scope of practice.

‘The language used, the brazen way he addresses very serious healthcare issues and the underlying arrogance informing this speech demonstrates that the Pharmacy Guild should be approached warily,’ she said.

‘The Pharmacy Guild does not seem satisfied with many jurisdictions already extending the scope of pharmacy or speaking of plans to do so, they want more.’

Dr Higgins raised particular concerns regarding Professor Twomey’s call for pharmacists to be able to prescribe and dispense all medicines for all people.

‘Let’s just pause for a moment and consider what he is suggesting here,’ she said.

‘Pharmacists acting as quasi-GPs without any supervision treating a myriad of complex health conditions and prescribing the most serious of medications, including those with the potential to cause severe side effects or lead to dependence.

‘Part of the skill of general practice is knowing when not to prescribe. The Pharmacy Guild seems to think that everything can be fixed with a drug.’

The RACGP, AMA, Professional Services Review and some pharmacists have all warned against the dangers of pharmacy prescribing, citing concerns related to patient safety, lack of oversight, fragmentation of care, conflicts of interest, and antimicrobial resistance.

The Guild has frequently countered these arguments by labelling them as being part of a ‘turf war’, misrepresenting government reports, and saying the intervention is required due to a lack of GPs.

‘Let’s be clear, we do have a maldistribution of GPs in Australia and the college is fighting hard every day to address that,’ she said.

‘However, we should not go down the path of band-aid solutions, including role substitution. Also, keep in mind that recent workforce data reveals a shortage of pharmacists too, so giving them more power doesn’t make sense.

‘GPs have a good relationship with their local pharmacy colleagues, but we must be wary of money grabs from the Guild. Patient safety must come first.’

newsGP weekly poll
If bulk billing incentives were tripled, would it change the way you bill eligible patients?