hylocereus–undatus: profeminist: “I always remember having this… 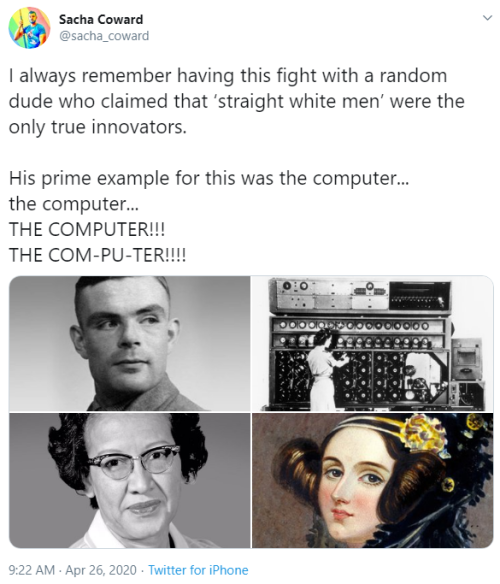 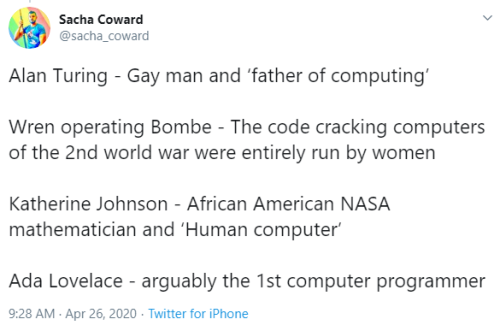 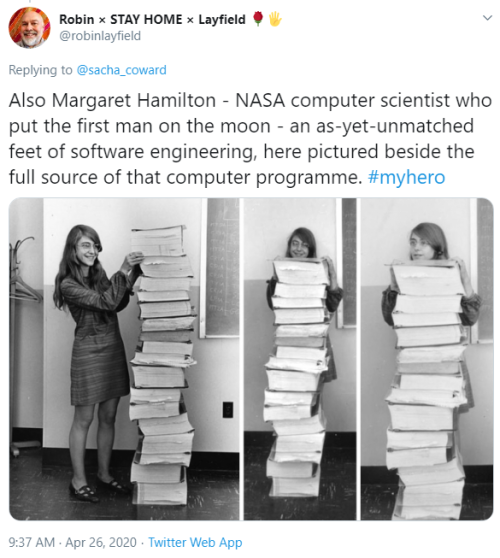 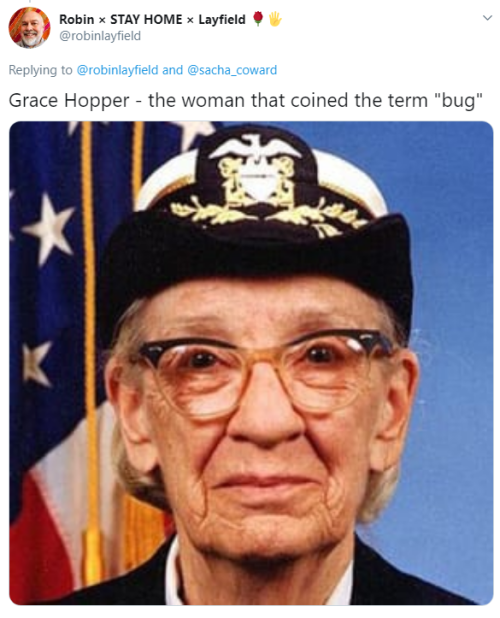 “I always remember having this fight with a random dude who claimed that ‘straight white men’ were the only true innovators. His prime example for this was the computer… the computer… THE COMPUTER!!! THE COM-PU-TER!!!

Also Margaret Hamilton – NASA computer scientist who put the first man on the moon – an as-yet-unmatched feet of software engineering, here pictured beside the full source of that computer programme. #myhero

Grace Hopper – the woman that coined the term “bug”

Grace Hopper did more than coin the term “bug”. She invented the first program linker in the early 1950s, for the UNIVAC I. A program linker translates instructions from one language to another (for example, numerical codes that represent instructions translated to machine code that computers can read), which is the very foundation of how computer’s operate independently. she also pulled a steve rogers and tried to enlist in the military a bunch of times and was denied. then, an exception was made for her when she joined the navy reserves, and she ended up serving for over 40 years (half of which was active duty). she retired from the navy Rear Admiral Grace Hopper. she was born in NYC in 1906. Grace Hopper was a fucking badass.

also computing was typically a job for women (many of whom were black women that made incredible contributions) back in the day, so it’s absolutely fucking wild that straight white men think they are the foundation of computer innovation. men PUSHED women out and took the credit.

Which US states require face masks in public? | USA News