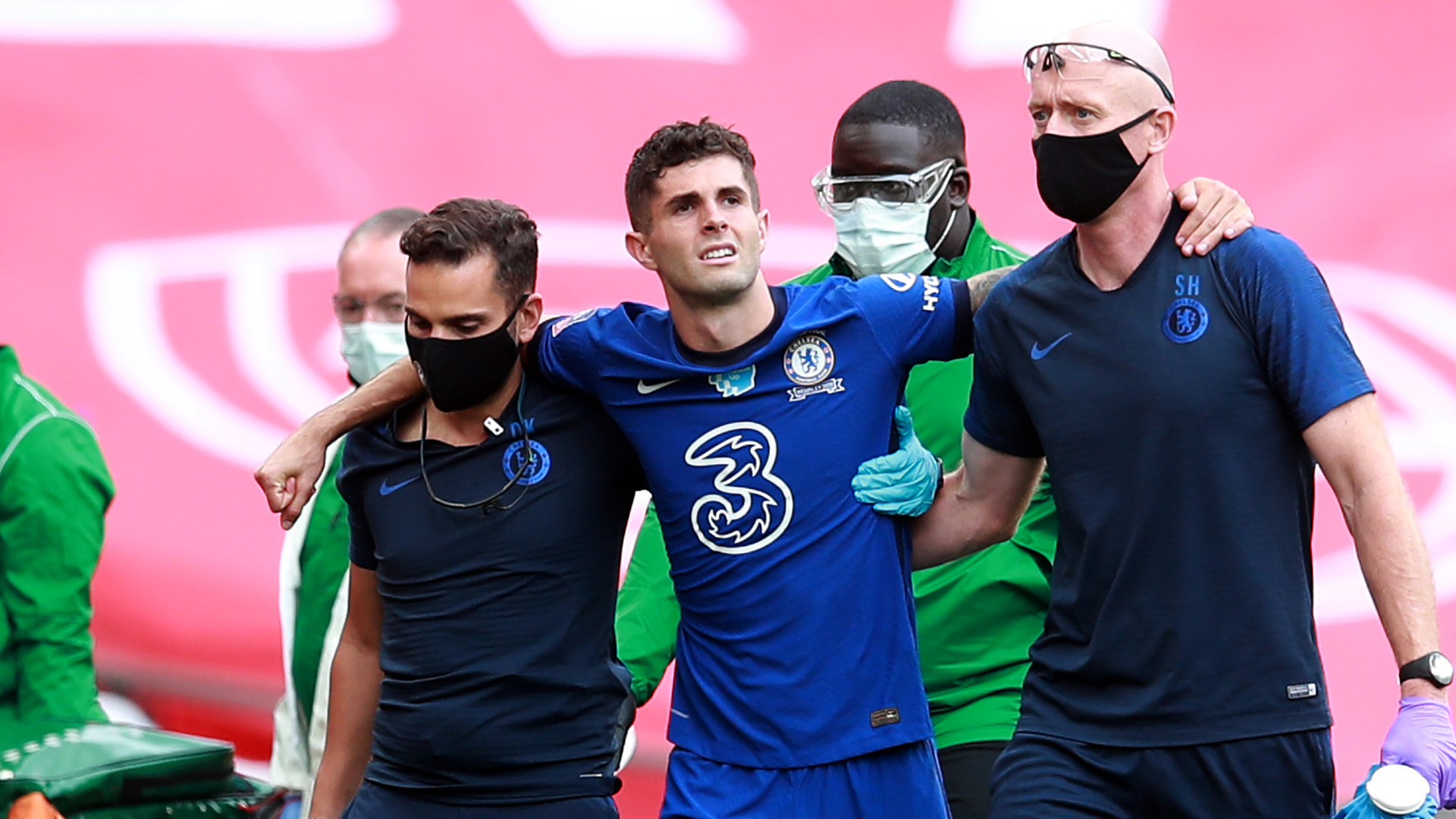 Christian Pulisic was forced to hobble out of the FA Cup final on Saturday, with the Chelsea forward suffering a hamstring injury during a meeting with Arsenal.

The United States international, who had been carefully nursed through a slight knock prior to an outing at Wembley Stadium, broke down early in the second half.

He had opened the scoring inside five minutes, becoming the first American to net in the showpiece event.

The 21-year-old looked lively once again for the Blues, with his quick feet allowing him to find the target early on.

His afternoon was, however, to be cut painfully short.

Pulisic was looking to edge Chelsea back in front, after seeing Pierre-Emerick Aubameyang restore parity from the spot, within minutes of the restart.

He was sent scampering through on goal after finding space down the Blues’ left, but crumpled to the deck moments after forcing a save from Emiliano Martinez.

There were no Arsenal defenders near him at the time, with a muscle problem leaving Pulisic on the turf.

He did get a shot away, which slipped wide of the post, but could be seen screaming in agony before making contact with the ball.

It was clear from the moment he went down that the youngster was in a lot of pain.

Treatment was given to him by Chelsea’s medical staff, but he was in no position to continue.

Pulisic had to be helped from the field, with anguish etched all over his face, with the biggest occasion in his debut campaign with the Blues brought to a premature conclusion.

Frank Lampard opted to introduce World Cup winner Pedro off the bench as cover for his stricken star.

It was Chelsea’s second forced substitution of the encounter thus far, having also lost Cesar Azpilicueta to a suspected muscular issue prior to half time.

And the club will face a nervous wait to find out the extent of the injuries as they return to Champions League action against Bayern Munich on August 8.

The Blues trail that contest 3-0 and may bring the curtain down on their 2019-20 campaign at the Allianz Arena.

That appears to have already happened for Pulisic, with Chelsea hoping that he is not sidelined for long as the 2020-21 Premier League season is scheduled to begin on September 12.