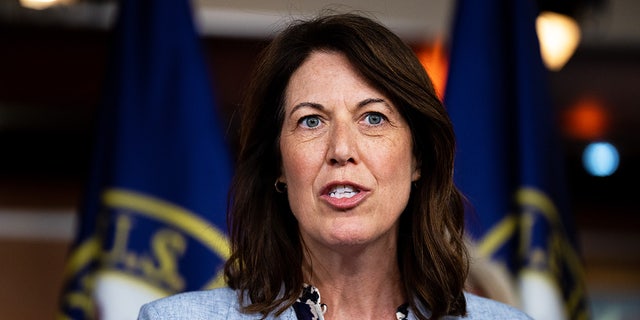 The Associated Press projects that incumbent Rep. Cindy Axne, D-Iowa, has been unseated by her GOP opponent, state Sen. Zach Nunn, flipping a key House seat as Republicans fight to regain a majority in the House.

Axne was first elected to her seat in 2018 winning by narrow margins against the GOP incumbent. Axne is currently the only Democratic member of the Iowa congressional delegation in Washington, D.C.

Despite President Biden’s lackluster approval rating in national polls, Axne welcomed Biden on the campaign trail in a virtual fundraiser held in October — though that has not stopped her from distancing herself from some of her party’s policies, such federal spending on COVID-19 aid.

Nunn, the Republican nominee in Iowa’s 3rd Congressional District, is a U.S. Air Force veteran who was endorsed by former President Donald Trump.

Axne made abortion a cornerstone of her campaign, pledging to codify Roe v. Wade if elected and frequently criticizing Nunn for a past debate in which he supported no exceptions for abortions — though the state senator has walked back those positions and now supports exceptions in cases of rape, incest and medical emergencies.

Rep. Cindy Axne vacationed in Europe and was not physically present for a vote in the House on the Inflation Reduction Act.
(Bill Clark/CQ-Roll Call, Inc via Getty Images)

Iowa’s 3rd District, which comprises the southwest quadrant of Iowa, voted for Trump in the 2020 presidential election and has seen numbers of Democratic registered voters decline in recent years.

The race was seen by Republicans as a key pickup opportunity in the party’s strategy to regain a majority in the House of Representatives.

Sophia Slacik is a production assistant for Fox News Digital.