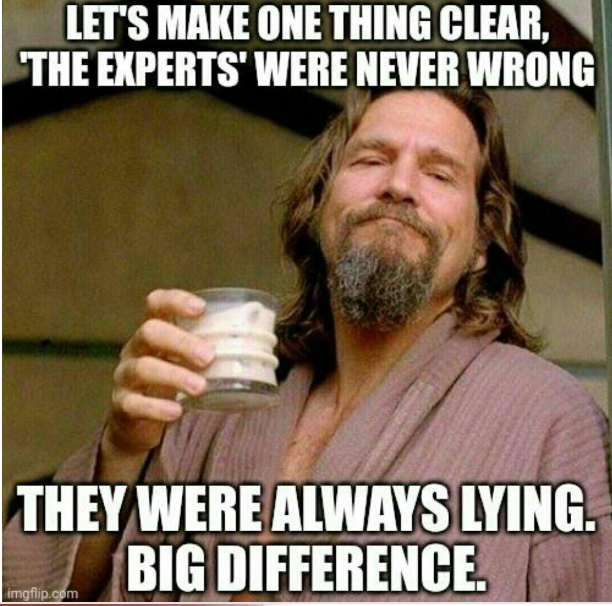 One small step in fighting pandemic corruption, especially in pushing COVID vaccines that vast amounts of solid medical research have shown are NOT safe and effective. And also fighting the corruption by vaccine companies making billions of dollars.

The revelation came during Janet Stanek’s confirmation recently before the Senate Public Health and Welfare Committee. Stanek is the acting secretary of the Kansas Department of Health and Environment.

The same committee pressed Stanek on COVID-19 conspiracy theories at a January meeting. Some members contended the KDHE should be more careful about labeling COVID-19 vaccines as safe and effective. Exactly the right thinking, considering all the data shown just the opposite.

Stanek said health officials were obtaining informed consent for vaccination. But virtually everyone knows that there has been no genuine informed consent during the entire period of COVID shots.

“One thing we’ve done is revisited the ads, which were brought up by many of you, and we have removed the TV ads,” Stanek said. “We are making sure that in reviewing all of our ads that if we do have an advertisement or something that might mention getting the vaccine, that there is a link, and we are encouraging people to follow up with their doctor.” But nearly all doctors follow CDC guidance pushing the vaccines.

Of relevance is that a Kansas woman Jeanie Evans died of an allergic reaction to COVID-19 vaccine, as shown by an autopsy

“The decision to stop the vaccine advertising, both digital and television, was made as daily cases were falling and we began to look at transitioning to steady state as it relates to COVID,” KDHE spokesperson Matt Lara said in an email. “We stopped the advertising to allow us time to review what our next steps are and what messaging we still need to push out.”

Gov. Laura Kelly appointed Stanek to lead the state’s health agency in November after ousting Lee Norman. She took over in their early days of the omicron surge.

“We’ve talked about educating citizens on early treatment of COVID,” said Steffen, who has promoted the unproven off-label drugs ivermectin and hydroxychloroquine. “You’ve been in this interim position while cases skyrocketed. Did you do anything to help people understand what their early treatment options were … any educating, any public service announcements in regards to early treatments?”

“No PSAs,” Stanek said. “Only reference to CDC and AMA and other guidance about where they can learn more about those early treatments.” And that is the problem.

Steffen has taken issue with “federal government agencies making all our decisions for us.” He contended that public health puts “the greater good over the individual” rights. He got that right.

“Are you comfortable with the concept that individuals have to be sacrificed for the well-being of society?” he said. “Like pushing vaccines so hard. You knew people were going to be injured, you knew people were being injured, and yet we didn’t hear anything about that.”

Stanek said people should talk to their doctors and read CDC publications. But in reality most people will never do that.

In January, Steffen called the KDHE vaccine ads morally and legally objectionable. He got that right.

Sen. Mike Thompson, R-Shawnee, said the ads should have disclaimers about risks of adverse reactions. Indeed!

Thank you for reading Pandemic Blunder Newsletter. This post is public so feel free to share it.

Why Pomegranate Juice is 'Roto-Rooter' for the Arteries