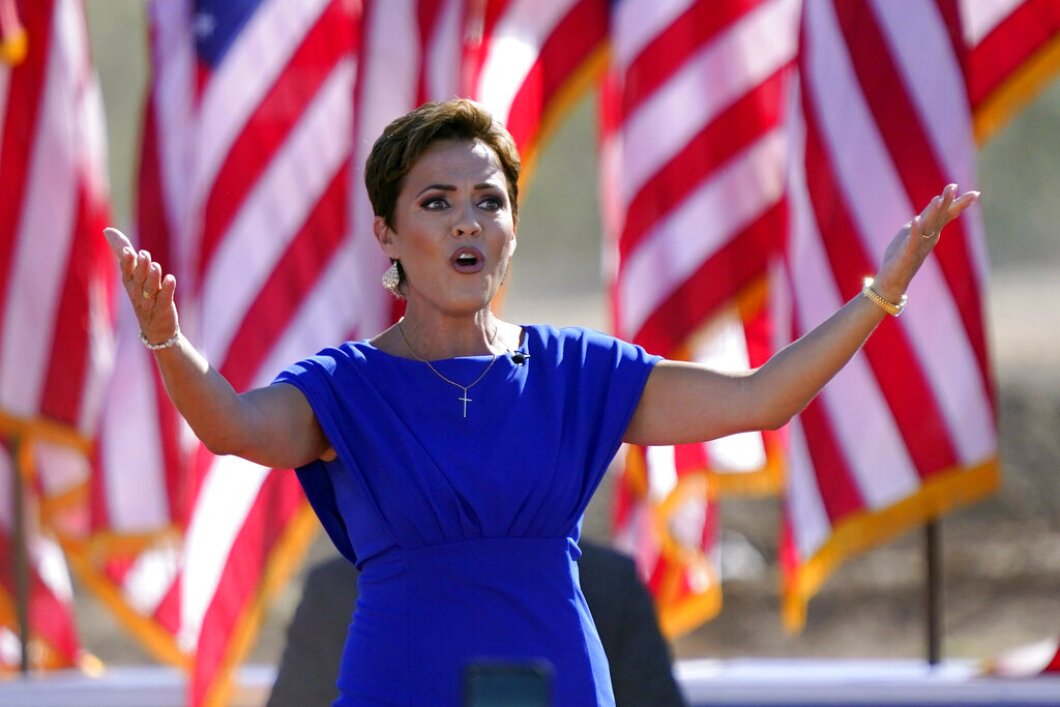 The staffer who opened the envelope is currently under medical supervision, according to a statement from Lake’s campaign, likely as a precaution. The staffer has reported no symptoms, according to NBC News correspondent Vaughn Hillyard.

The FBI and Phoenix police, hazmat and bomb squat units, and other first responders arrived at the headquarters to investigate in a response that lasted from 10 p.m. to 5 a.m. Lake was at an event on Saturday night and is not believed to have come into contact with the substance, Hillyard noted.

“Yesterday, a member of the Kari Lake staff opened an envelope delivered to our campaign office that contained suspicious white powder,” the Lake campaign said in a statement reported by CNN. “It was one of two envelopes that were confiscated by law enforcement and sent to professionals at Quantico for examination, and we are awaiting details. The staff member is currently under medical supervision.”

“Just two days before Election Day, our campaign headquarters remains shut down. We look forward to law enforcement completing their investigation as quickly as possible. Rest assured, we are taking this security threat incredibly seriously, and we are thankful for the Phoenix PD, FBI, first responders, bomb squad, and HazMat crews that responded to this incident. In the meantime, know that our resolve has never been higher and we cannot be intimidated,” the statement added.

Lake, a Trump-backed Republican, is running against Arizona Secretary of State Katie Hobbs. Though giving a defiant message, the Lake campaign was careful not to cast blame, a contrast to when Hobbs and Democrats blasted the Lake campaign after someone burglarized the Democrat’s headquarters, only to find out soon afterward that the alleged homeless thief was unrelated to Lake’s campaign.

Phoenix police have taken the materials from Lake’s headquarters, and an investigation is ongoing. The department did not respond when reached for comment by the Washington Examiner.

CLICK HERE TO READ MORE FROM THE WASHINGTON EXAMINER

Lake, a longtime journalist, is leading Hobbs by 4 1/2 percentage points, according to the polling average presented by RealClearPolitics.

Hobbs has resisted calls to recuse herself as the state’s elections chief amid concerns of conflict of interest and has also refused to face off against Lake in a debate, claiming Lake is “not interested in having substantive, in-depth conversations about the issues that matter.” Lake, who has made election integrity a key focus of her campaign, has dubbed Hobbs a “debate denier” and “coward.”