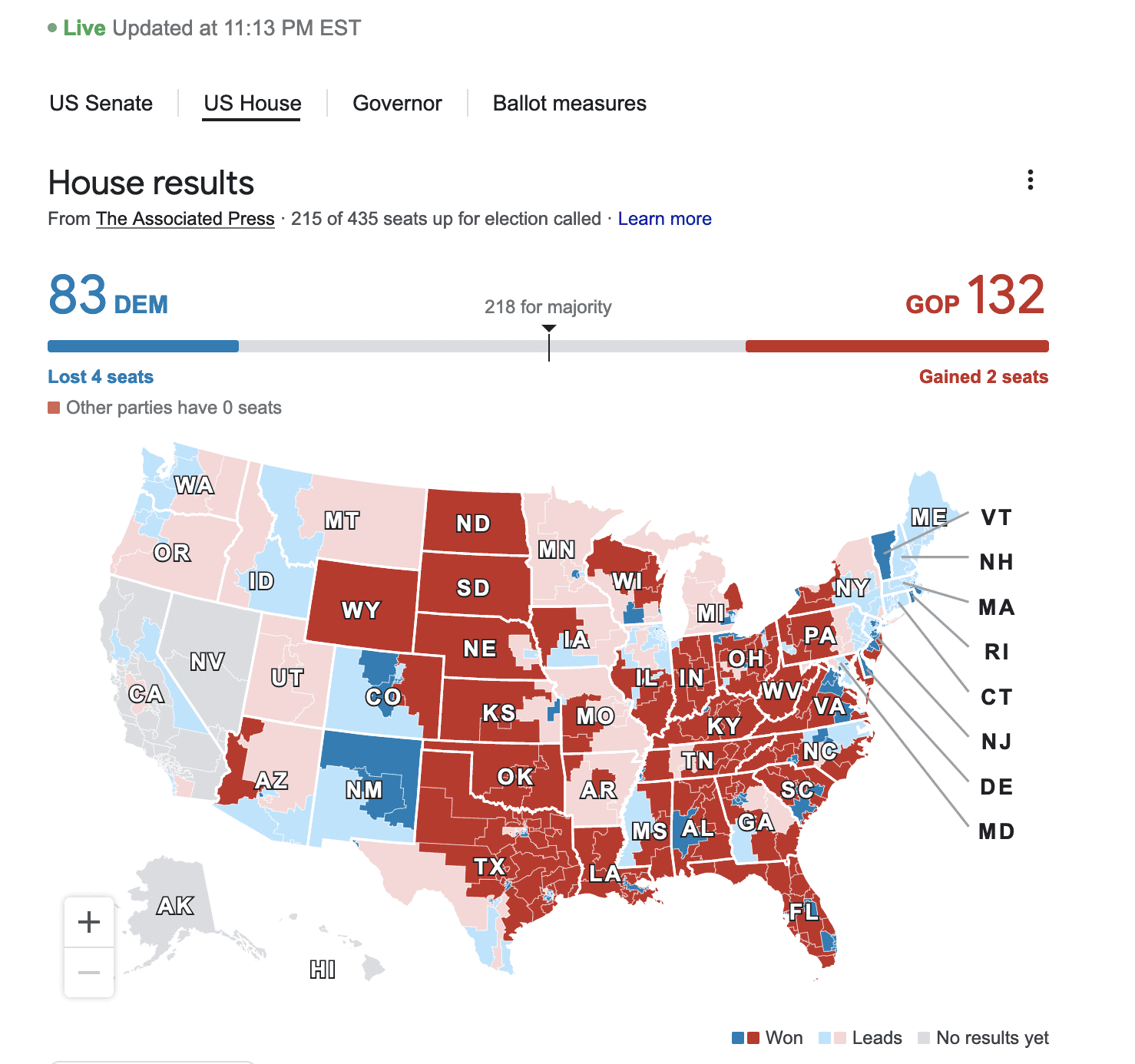 Here are the latest results…..

DESANTIS: “We will never ever surrender to the woke mob! Florida is where woke goes to die!” pic.twitter.com/hgnEAyOqj7

Republicans have already flipped seats from 🔵🔜🔴. We’re on track to win the House.

Get out & vote! #ElectionDay

Warnock just dropped under 50 percent in Georgia as Walker continues the surge.

In Rhode Island’s second congressional district, Republican Alan Fung is currently leading his Democrat opponent with north of 70 percent reporting there. This would be a massive GOP pickup if the Republicans get it.