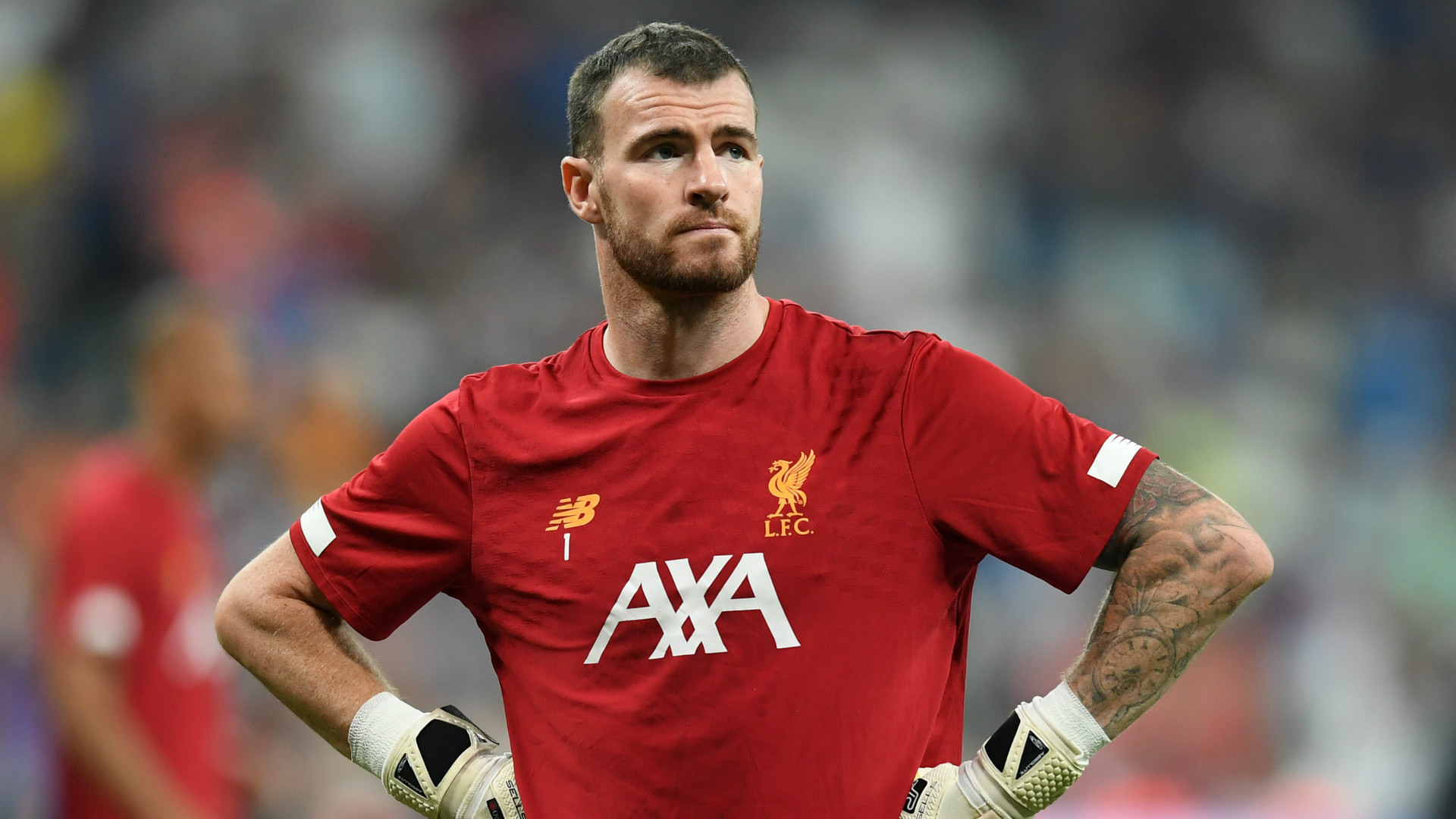 Andy Lonergan would be open to staying on at Liverpool, but is also keen on trying his luck abroad after seeing his passion for football rekindled during the Premier League title-winning campaign at Anfield.

The 36-year-old made a surprise move to Anfield in summer 2019. Jurgen Klopp found himself short on goalkeeping options during pre-season, while Alisson then picked up an untimely knock on the opening weekend of the 2019-20 campaign.

Lonergan was kept around on a short-term contract as a result and ended up spending a memorable season with the Reds.

He made no appearances as he filled back-up duties for Klopp, but embraced the opportunity to form part of a star-studded squad that landed UEFA Super Cup, Club World Cup and Premier League honours.

Longeran has now reached the end of his deal and is waiting on offers, telling the Liverpool Echo: “At the moment I’m unemployed. At the moment, my time at Liverpool is up.

“It’s no secret they’ll probably try and loan Caoimhin Kelleher out to get games, but you’ve still got Kamil Grabara coming back, you’ve got [Loris] Karius coming back, and then the two first team goalkeepers.

“If I got the call [to re-sign for Liverpool], of course I’d answer it but obviously there are things I want to do in my career and I can’t afford to not take an option if it’s there.

“I want to try and spend some time abroad playing football and if that’s not the case, I want to be based in the north west. You’ve got priorities as you get older but going abroad is something we’re quite keen on.”

Wherever he ends up, Lonergan will have a Premier League medal to take with him after seeing Klopp deliver on a promise to get every member of his squad a memento.

“Winning the league is something I’ve got to my name now, regardless of not kicking a ball. It sounds nice. It’s a great experience and something I’m pretty proud of,” Lonergan added.

“He [Klopp] gave me one [a medal]. He gave me one in the dressing room. I’m happy to get one and I’m happy how he did it because getting one on the stage would have been embarrassing, it really would!