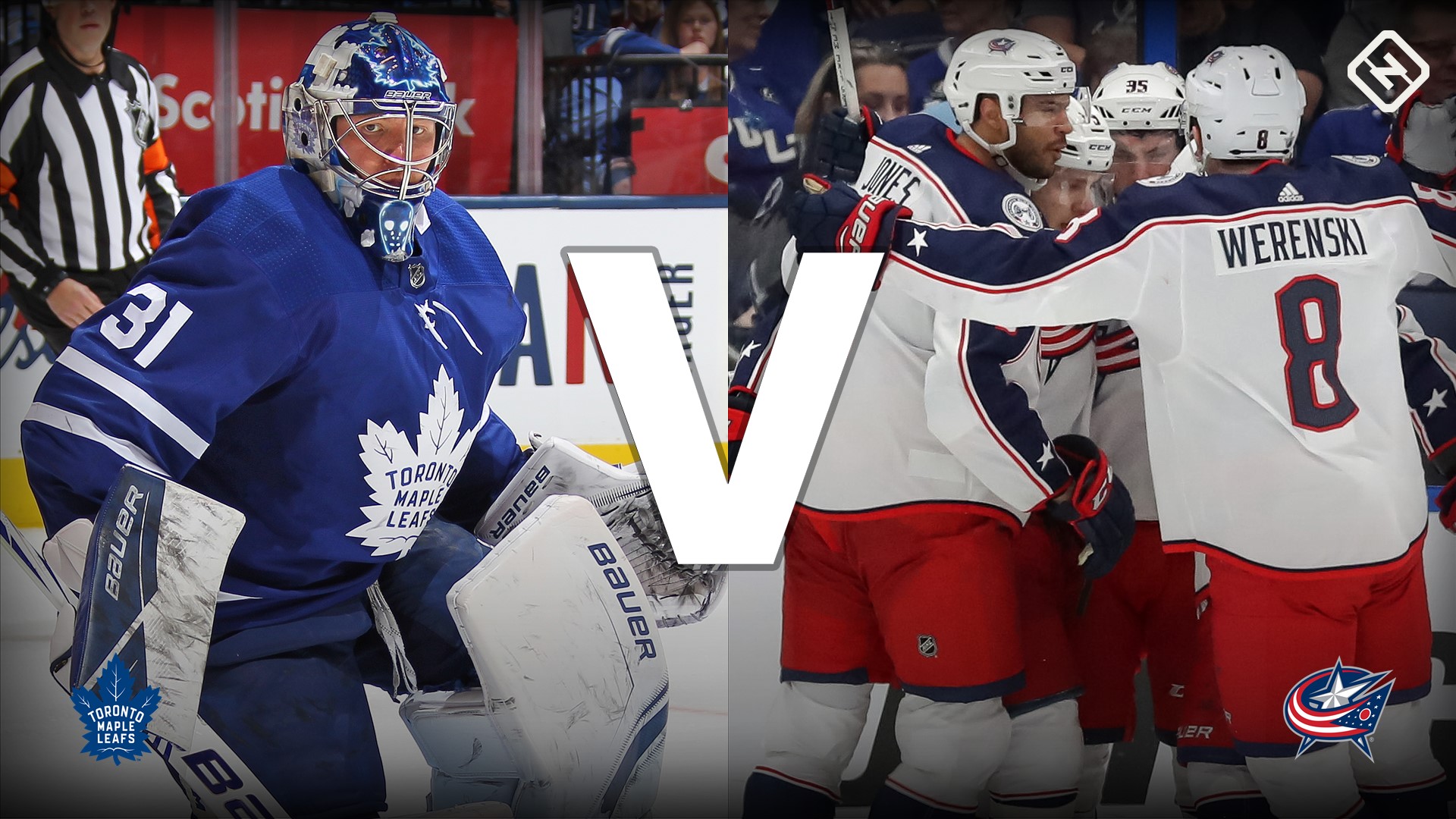 After putting together a dominating performance in Game 2, the Maple Leafs squandered a 3-0 lead and lost in overtime to the Blue Jackets in Game 3 of their qualifying round series. They’ll have to turn the page quickly as less than 24 hours later, it’s Game 4.

“Just erase it,” Leafs forward Mitch Marner said following the loss. “We’re a team that’s been bouncing back all year from things that didn’t go our way. The boys showed up the next game, played our hearts out. So, we’ve got to get refocused, get ready.”

Elvis Merzlikins, who replaced Joonas Korpisalo in Columbus’ net after the Leafs’ trio of goals, will get the start in Game 4; he stopped all 21 shots he faced in Game 3. At the other end will be Frederik Andersen, who has looked sharp despite trailing in the series. He has turned away 39 of 43 shots.

At his morning availability, Toronto bench boss Sheldon Keefe hinted there may be some lineup changes for his squad but wouldn’t divulge them. He was none too pleased after the loss Thursday night.

“I thought we reverted back to a lot of really bad habits. We didn’t have any real purpose or plan to our game today. We were just making it up as we go along. We get what we deserved.”

Friday’s action thus far has not favored the teams facing elimination: The Islanders, Coyotes and Canadiens closed out their series and sent the Panthers, Predators and Penguins, respectively, out of the NHL bubble.

Sporting News has all the action as the Maple Leafs try to avoid elimination.

10:19 p.m. — GOAL. Morgan Rielly is pressured by Foligno in his own end and goes down. The Blue Jackets captain takes the puck and feeds a wide-open Boone Jenner who beats Andersen. Rielly takes it out on his stick on the bench. Blue Jackets lead 3-0.

10:10 p.m. — Marner takes a penalty. Not a good move when your team trails 2-0 and is on the verge of being eliminated. They would kill the penalty. successfully.

Mitch Marner backchecked like a demon, and overdid it. You have to know how far you need to go, and he didn’t

10:08 p.m. — Morgan Rielly with a good shot below the hash-marks but Elvis is there.

10:06 p.m. — Eight minutes in and the Leafs have three shots and one off the crossbar.

9:58 p.m. — Liam Foudy, who won gold with Canada at World Juniors in January, rings one off the post.

9:36 p.m. — Nyquist is pulled down by Morgan Rielly with 22 seconds left in the period after a spin-o-rama. Columbus will start the final frame on the power play for 1:38.

9:34 p.m. — Tavares again, on a new power-play session. Looks to the skies afterward. Tavares leading the Leafs with five shots on net.

9:28 p.m. — Zach Hyman bodies out Foligno for the puck along the wall in the neutral zone and then draws a penalty. Can clearly hear “NO!” from Foligno; fair to say he didn’t like the call.

9:23 p.m. — The veteran Spezza drops the gloves with Kukan, but he takes a minor beforehand. The fight may spark the Leafs but the penalty kill may not.

9:13 p.m. — William Nylander streaking down the right wing and once again it’s Elvis. The Blue Jackets netminder is locked in.

9:12 p.m. — Tavares with a big-time rebound chance but Elvis with the stop

9:10 p.m. — With no fans in attendance, you can really hear teams celebrate goals and it’s kinda cool.

9:04 p.m. — Leafs’ best line tonight has been its fourth line (Jason Spezza, Pierre Engvall, Kyle Clifford) and they just crashed the net and came oh, so close to tying things up.

9:01 p.m. — Middle frame is a go. Toronto scored 86 goals in the second period during the regular season, the most in any period.

8:38 p.m. — On a delayed call, Auston Matthews with a good shot from the right circle. Leafs head to the power play.

8:37 p.m. — Tyson Barrie with a point shot that Elvis can’t corral but neither can the Leafs in front.

8:26 p.m. — Leafs getting some pressure. Pierre Engvall tries to send the point shot in but it trickles towards the post and Elvis jumps on the puck.

8:19 p.m. — Nick Robertson with a chance off a pass from John Tavares. The 18-year-old, who scored his first NHL goal in Game 3, is skating on a line with Tavares and Nylander. Big sliding pad save by Elvis.

8:11 p.m. — Not sure how to explain what just happened but I’ll give-it-a-go: Elvis and Seth Jones miscommunicate at the side of the net. Mitch Marner gets the puck but has to avoid Elvis’ loose stick in his feet. He comes around but Elvis still somehow makes the stop.

8:10 p.m. — Game on. Will Columbus close things out? Or, will the Leafs live to fight another day?

Warmups update: #CBJ defenseman Ryan Murray is not expected to play tonight. Scott Harrington is expected draw in for him and pair with Dean Kukan.

* Gerbe makes series debut, in for Bemstrom on 4th line

9 Reasons Why You Should Be Eating More Tomatoes

9 Reasons Why You Should Be Eating More Tomatoes