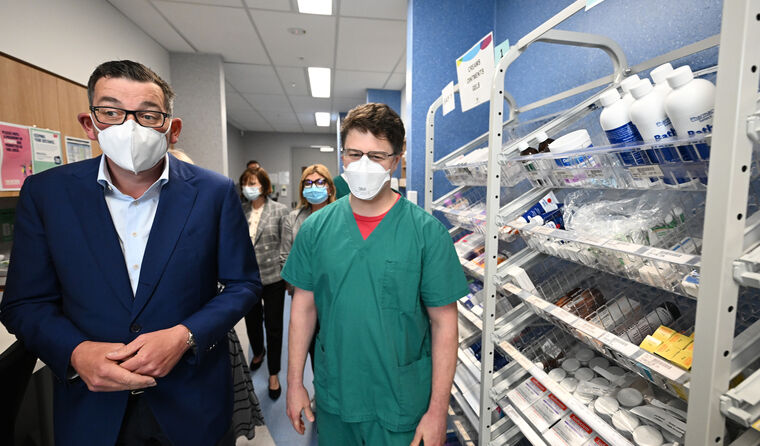 The RACGP has welcomed a $32 million package to support GPs in training but is dismayed at the prospect of another pharmacy prescribing trial.

The Victorian Government has promised to put $32 million towards incentivising future doctors to enter general practice, should it win the upcoming state election.

The program would see $30,000 top-up payments for first-year GPs in training to ensure they do not take a significant pay cut, while the State Government will also cover their first-year exam costs, investing $10,000 per trainee.

‘Any boost to the general practice workforce is welcome,’ she said.

‘One of the problems we have holding back the workforce is that pay and leave benefits are not transferred as [GPs in training] rotate through different training positions. The Victorian Government is not only listening to the RACGP but acting to secure the future of the general practice workforce so that no patients anywhere are left behind.

‘By covering the shortfall in income from leaving hospital work, we can encourage more future doctors to give general practice training a red-hot go. Covering the costs of sitting exams is also a really worthwhile initiative that will make a real difference and something that the RACGP applauds.

‘These are positive steps forward and I encourage other states and territories to follow Victoria’s lead.’

However, she also warned that a separate Government decision to expand the role of pharmacists via a $19 million 12-month pilot – similar to those announced in NSW and Queensland – will compromise patient safety.

‘It is disappointing to hear decision-makers oversimplify and minimise the important function of the GP in consultations involving repeat prescriptions of the contraceptive pill, travel medicine discussions or diagnosing a urinary tract infection,’ Dr Muñoz said.

‘When a GP consults with a patient we don’t simply hand over a script, because patient care is much more complex than that – we provide whole-person care.

‘GPs will assess if the contraceptive pill is still the most suitable or appropriate choice before issuing repeat prescriptions. In terms of UTIs [urinary tract infections], many GPs encounter women who think that they have a UTI, but it turns out to be a sexually transmitted infection.

‘The herpes virus, chlamydia and gonorrhoea can all cause pain when urinating and can seem like a UTI, but without a proper assessment, you simply cannot be sure.’

Dr Muñoz said pharmacists do not have the training or expertise to make such potentially complicated diagnostic calls.

‘Pregnancy, cancer, genital infections, and undiagnosed diabetes can also cause similar symptoms to a UTI,’ she said.

‘Unlike pharmacists, a GP will take a full history, perform dipstick urine testing and physical examinations as well as pathology urine testing as needed.’

According to a Government release announcing the pilot, pharmacists will be asked to treat UTIs and minor illnesses like common skin conditions, as well as administer travel vaccinations and other public health vaccinations.

They will also be able to reissue prescriptions for contraceptives, despite the Therapeutic Goods Administration (TGA) ruling out over-the-counter sales of the pill less than a year ago.

Pharmacists will be paid $20 for each consultation, but unlike the pilot programs in Queensland and NSW, all fees will be covered by the Government.

‘When you wake up feeling sick, or you run out of your prescription medication, it doesn’t do you any good if you can’t get in to see your GP for more than a week,’ he said.

‘Community pharmacists have a wealth of knowledge and experience – it just makes sense to expand their role. It’ll ensure Victorians can get the timely care they need, while saving families money and taking the pressure off GPs.’

But Dr Muñoz disagrees with this assessment, pointing out that general practice workforce challenges are not a justification for extending the powers of pharmacists.

‘There are communities in my home state of Victoria facing a shortage of GPs and the RACGP is advocating strongly for increased investment in general practice care to fix that,’ she said.

‘That is the solution that is needed, not a band-aid plan of giving pharmacists more responsibilities including the prescribing of antibiotics.

‘Further, we know from workforce data that there are significant shortages of pharmacists, so handing more responsibility to them is not a sound option.

‘Governments should resist the power of the pharmacy owner lobby and instead look at long-term solutions for the future of the general practice workforce.’

‘Some of this is positive news, because more must be done to boost the [general practice] workforce so that all patients can access the care they need when they need it,’ she said.

‘[But] as we near the end of World Antimicrobial Awareness Week it’s timely to once again warn government that expanding the number of antibiotic prescribers is a bad idea.

‘It may be considered convenient, but you need to consider just what the Government is signing up to.

‘You only need to look to Queensland, where … [GPs] have reported many concerning incidents, including a patient in their 50s prescribed antibiotics for a presumed UTI who turned out to have a 15-centimetre pelvic mass.

‘Overseas in the United Kingdom, the British pharmacists’ own defence union warned of incidents of unsafe practice that have emerged with the rise of independent pharmacist prescribers.’

Victoria is not the only state or territory that appears set on following Queensland’s lead against the advice of medical groups.

The Northern Territory Government has also passed legislation designed to ‘address legislative barriers to the supply and regulation of scheduled substances to reflect modern practice’ that ‘creates greater provisions for … pharmacists to appropriately supply medicines where they are the ones best placed to do so’.

Meanwhile, Western Australia has further loosened restrictions around the vaccines pharmacists can administer, and South Australia has announced plans to establish a Parliamentary Inquiry into ‘improving timely access to medication for urinary tract infection sufferers’.

Adjunct Professor Price said evidence from overseas, where some forms of pharmacy prescribing have been established, shows the plan will only lead to more patient harm, such as a rise in antimicrobial resistance.

‘In New Zealand and the United Kingdom increased trimethoprim resistance has resulted from inappropriate prescribing and use of antibiotics,’ she said.

‘This antibiotic was over-prescribed and now doesn’t work for one-in-three women due to resistant bacteria.

‘Governments should be halting pharmacist prescribing rather than expanding the scope of pharmacists.’

newsGP weekly poll
Compared to the BA.5 wave in July, is the current spate of COVID-19 cases having more or less of an impact on your general practice?