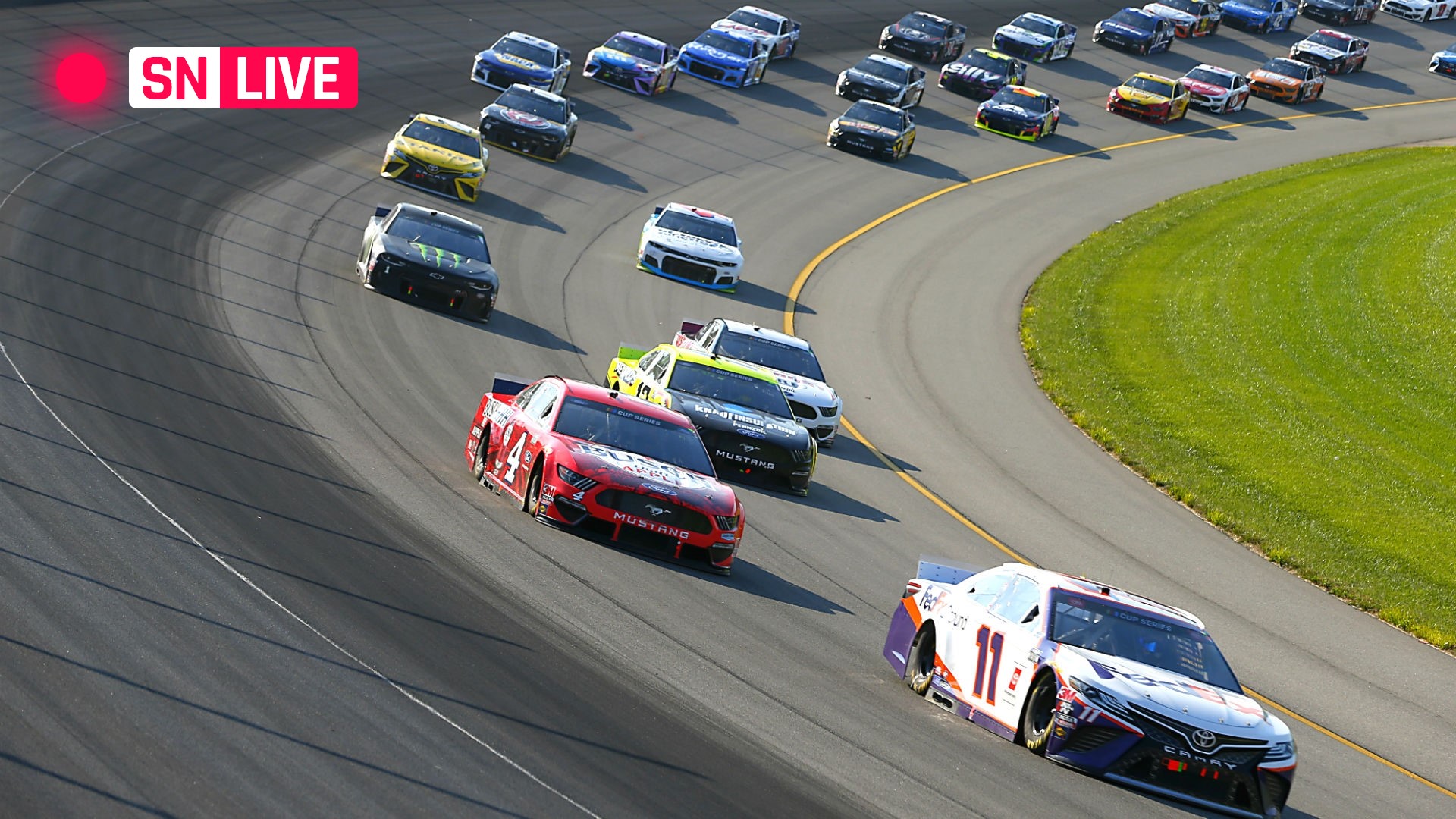 Because the starting lineup for Sunday’s NASCAR Cup Series race at Michigan featured an inversion of the top 20 finishers from Saturday’s first leg of the doubleheader, Kevin Harvick was stuck in 20th to start the second leg.

And yet, the NASCAR Cup Series points leader is still the favorite for Sunday’s race at Michigan. Harvick’s No. 4 Stewart-Haas Racing Ford Mustang was that much better than other cars throughout Saturday’s race.

The question for the Consumers Energy 400, which features the same distance (156 laps and 312 miles) as Race 1, is whether Brad Keselowski, Kyle Busch, Ryan Blaney, Chase Elliott or anybody else who showed speed Saturday will have anything for Harvick on Sunday. Teams were able to make significant adjustments overnight, so the possibility exists.

Sporting News is tracking live race updates and lap-by-lap highlights from Sunday’s NASCAR race at Michigan. Follow below for complete results from the Consumers Energy 400.

6:41 p.m. ET: Caution for debris from Alex Bowman’s shredded tire. This should make things interesting with 19 laps to go.

6:40 p.m. ET: With 20 laps to go, Kevin Harvick still has a strong lead over Martin Truex Jr. and Denny Hamlin.

6:28 p.m. ET: Kevin Harvick runs down Aric Almirola and takes the lead with 40 laps to go.

6:23 p.m. ET: Green flag. Restart with 47 laps to go. Kevin Harvick gets back to the lead, but Aric Almirola takes it from him a lap into the run.

6:16 p.m. ET: Caution. Christopher Bell spins in Turns 1 and 2 thanks to a flat right rear tire, but he keeps it out of the wall. Clint Bowyer gets the free pass right after pitting for a flat tire.

6:14 p.m. ET: Green flag. Restart with 55 laps to go. Kevin Harvick pushes Denny Hamlin to the front and then takes the lead.

6:04 p.m. ET: Caution. Penkse-on-Penkse crime. Brad Keselowski goes low to try to take the lead from teammate Ryan Blaney in Turn 2, but he gets loose, slides up the track and collects Blaney. They both crash into the wall and are out for the rest of the race.

6 p.m. ET: Green flag. Restart to begin Stage 3 on Lap 92. Ryan Blaney shoves Denny Hamlin to the front and then takes the lead from him. Hamlin is stuck battling with Kevin Harvick for second.

5:51 p.m. ET: Kevin Harvick wins Stage 2 with ease by roughly four seconds over Brad Keselowski. Both of the first two stages play out caution-free. Michael McDowell gets the free pass under caution.

Kevin Harvick wins Stage 2, his fifth stage win of the year. He also takes the lead in playoff points with 30 (eight of them so far this weekend).

5:38 p.m. ET: Halfway through Stage 2, Kevin Harvick has a two-second lead over Brad Keselowski with Kyle Busch in third. The race is still caution-free.

5:27 p.m. ET: Green flag. Restart to begin Stage 2 on Lap 48. Kyle Busch and Kevin Harvick, who both take the top lane, shoot out to the front. Harvick eventually takes the lead.

5:20 p.m. ET: Kyle Busch wins the race off pit road with a blazing stop, and Kevin Harvick comes out second ahead of Clint Bowyer.

5:14 p.m. ET: Clint Bowyer wins Stage 1 after leading the entire segment, which goes green the entire way. Track position proves key, as Bowyer was never challenged for the lead after driving away from the start. Daniel Suarez gets the free pass under caution.

Clint Bowyer leads every lap and wins Stage 1. It’s his third stage win of the year, so he has three playoff points.

5:02 p.m. ET: Halfway through Stage 1, Clint Bowyer has a comfortable lead over Christopher Bell with Matt DiBenedetto in third. Race favorite Kevin Harvick has worked his way up to ninth after starting 20th.

4:47 p.m. ET: Austin Dillon gets hit with a pass-through penalty for an unapproved adjustment on pit road before the race.

12:15 p.m. ET: Chris Buescher (first), Tyler Reddick (third) and Aric Almirola (fifth) are among those giving up their starting positions by moving to backup cars for Sunday’s race, as they will need to start from the back of the pack. This makes Clint Bowyer the new pole-sitter.

Cars going to the rear for the second Michigan Cup race:

How To Stop A Heart Attack – Cardiology Let's Play