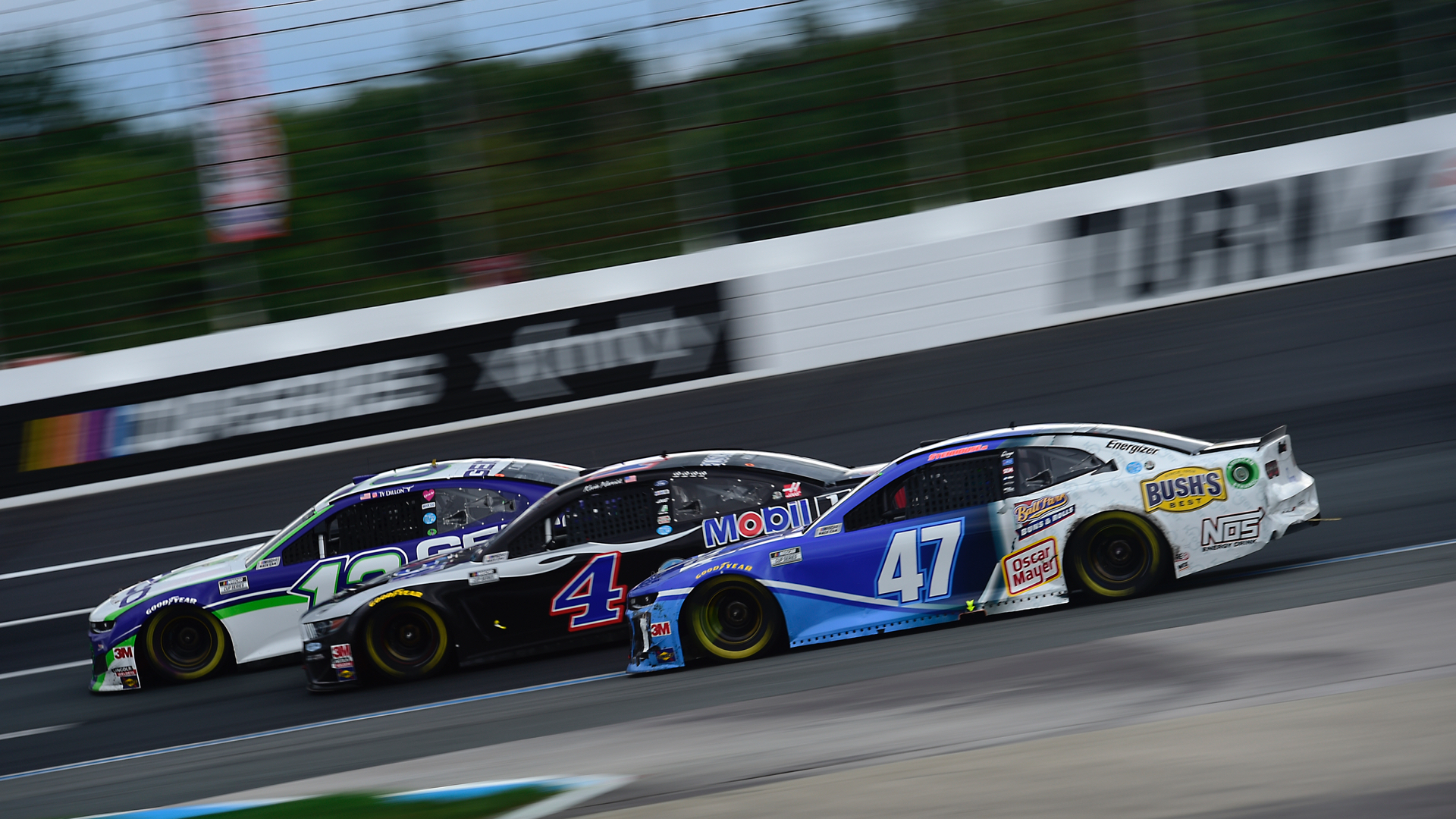 There have been two 2020 breakthroughs in the last four NASCAR Cup Series races, with Cole Custer and Austin Dillon winning their first races of the season over the past month.

But Michigan International Speedway, which hosts the FireKeepers Casino 400 on Saturday, has been more friendly to entrenched racing powers of late: Kevin Harvick and Joey Logano have led the way the past three times out here.

Interestingly, suspended driver Kyle Larson has won three times at Michigan since 2016, but won’t be in the field this weekend.

Sporting News is tracking live race updates and lap-by-lap highlights from Saturday’s NASCAR race at Michigan. Follow below for complete results from the FireKeepers Casino 400.

7:19 p.m: Kyle Busch and Harvick are going back-and-forth at the restart.

A jet dryer dropped fuel down the backstretch.

6 p.m.: Erik Jones, who’s racing for a job in 2021, briefly moved into third position. Joe Gibbs Racing announced during the week that he would not return to the team next season.

5:50 p.m.: Blaney takes the lead from Hamlin early in Stage 2 with a pass on the outside.

5:40 p.m.: Hamlin wins the race off pit road from Harvick and will lead the restart.

Kevin Harvick picks up his third stage win of the year and he now has 23 playoff points, which is second only to Denny Hamlin (29).

Others getting stage points in Stage 1:

5:21 p.m.: Something to keep an eye on: Martin Truex Jr. appearing to run into some trouble after the first competition caution.

5:14 p.m.: Logano leads with Hamlin just behind him through the first 15 laps.

5:03 p.m.: Green flag. After pre-race inspections some drivers (including Jimmie Johnson) were sent to the back.

The Roush Fenway cars (Newman, Buescher) to the rear. and being docked 20 points after rear spoilers confiscated. Chatter among other crew chiefs I’ve texted with is possibly had to do with radius/edge of spoiler. NASCAR said it violated rule that it must be exactly as supplied.

What time does the NASCAR race start today?

The green flag for Saturday’s NASCAR Cup Series race at Michigan will wave shortly after 5 p.m. ET, assuming there are no rain delays as there have so often been since NASCAR returned to live racing in May.

Though NASCAR will have plenty of time to get the race in before sunset in Brooklyn, Mi. — nearly 9 p.m. ET — the relatively late start time for an afternoon race is notable, as Michigan International Speedway has no lights.

Saturday’s race is scheduled for 156 laps around the two-mile oval for a total of 312 miles.

Here are the results of the starting lineup draw for Saturday’s NASCAR race at Michigan:

Everything will be different after watching this (powerful stuff)

Black Death and the Failure of Pandemic Lockdowns – Pandemic History 03