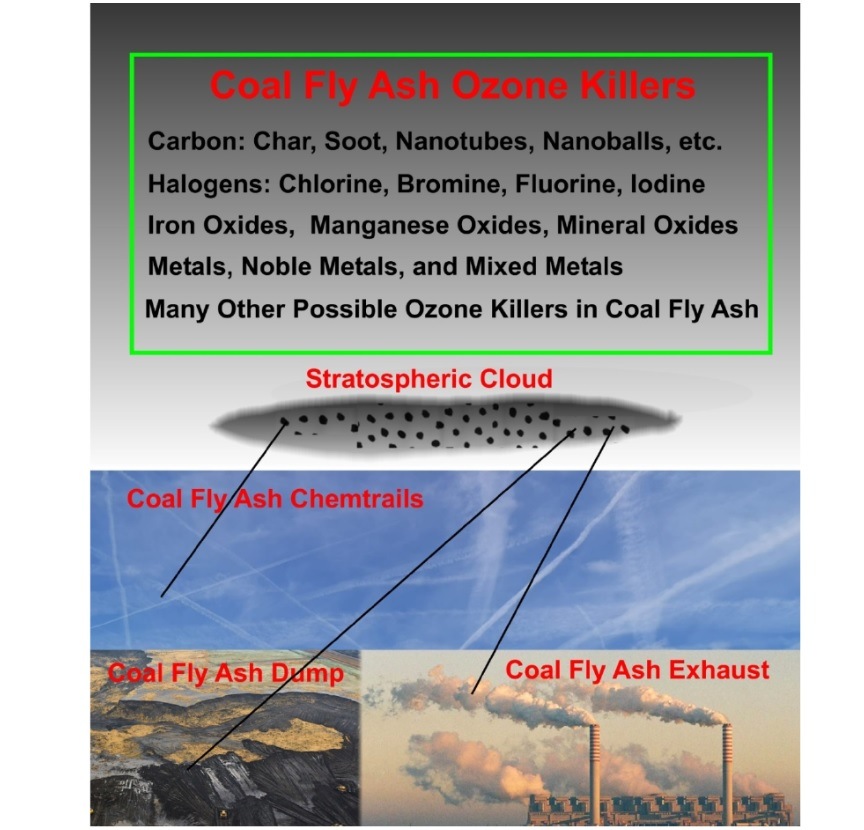 James Marvin Herndon, PhD., from the Transdyne Corporation in San Diego, and Mark Whiteside, the Medical Director of the Florida Department of Health in Monroe County, have just published a study in the “Advances In Social Sciences Research Journal” titled: Collapse of Earth’s Biosphere: A Case of Planetary Treason.

Here is the Abstract:

Earth’s life support systems are breaking down, including the stratospheric ozone layer, which protects all higher life on the planet from deadly ultraviolet radiation. This breakdown is a direct result of human activities including the large-scale manipulation of processes that affect Earth’s climate, otherwise known as geoengineering. We present further evidence that coal fly ash, utilized in tropospheric aerosol geoengineering, is the primary cause of stratospheric ozone depletion, not chlorofluorocarbons, as “decreed” by the Montreal Protocol. The misdiagnosis was a potentially fatal mistake by mankind. Coal fly ash particles, uplifted to the stratosphere, are collected and trapped by polar stratospheric clouds. In springtime, as these clouds begin to melt/evaporate, multiple coal fly ash compounds and elements are released to react with and consume stratospheric ozone. Contrary to the prevailing narrative, the stratospheric ozone layer has already been badly damaged and now increasingly deadly ultraviolet radiation, UV-B and UV-C, penetrates to Earth’s surface. Our time is short to permanently end all geoengineering activities, and to reduce and/or eliminate all sources of aerosolized coal fly ash, including first and foremost the jet-sprayed emplacements into the troposphere that are systematically breaking down Earth’s support systems and poisoning life on this planet.

At the end of the study they conclude:

All geoengineering must cease. All sources of aerosolized coal fly ash must be reduced and eliminated. Tropospheric jet-spraying of coal fly ash and any other particulate matter must cease and desist. That is necessary to salvage what we can of Earth’s vital life support systems, including the stratospheric ozone layer.