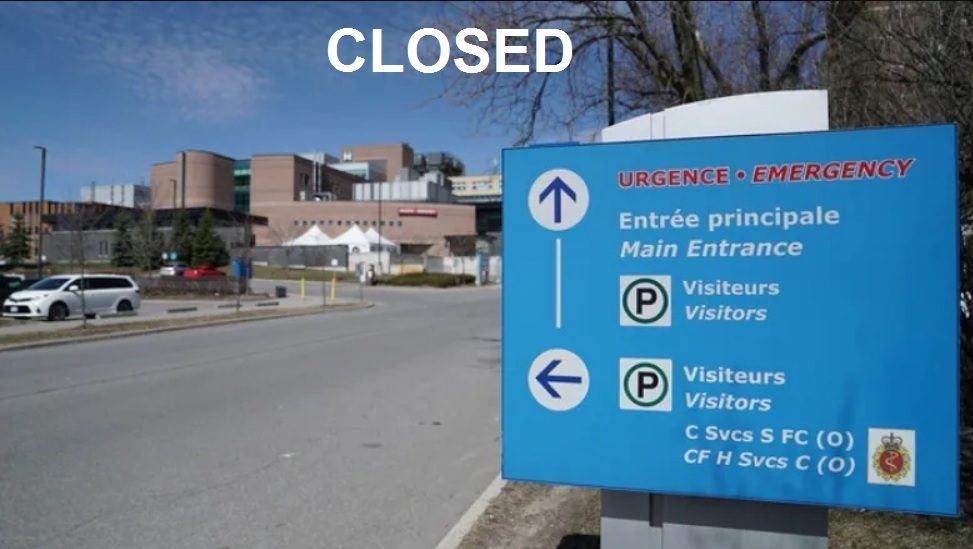 The Counter Signal is reporting that there is a nationwide shortage of nurses in Canada that have led to multiple hospitals being forced to shut down their emergency departments.

Nationwide nurse shortages have led to multiple hospitals being forced to shut down their emergency departments.

Over the weekend, Montfort Hospital in Ottawa, along with Carleton Place and District Memorial Hospital just outside the city, was forced to shut down their emergency department for an entire 12 hours due to what Montfort called “an unprecedented shortage of nurses.”

“The decision to close the Emergency, even for a few hours, is not easy to make, but we have to do it to ensure our team is able to offer excellent, safe and compassionate care when the Emergency reopens,” reads a statement from Montfort.

At Carleton Place and District Memorial Hospital, it was even worse. They both shut their emergency departments down for 24 hours — something most hospitals don’t even do on Christmas.

It’s the same story across the country. On Friday, Fort Saskatchewan Community Hospital announced it was closing its obstetrics unit for two weeks due to shortages, advising pregnant women to go elsewhere.

As The Globe and Mail reported, South Calgary Health Centre is also reducing its emergency department operating hours by two hours, while an Airdrie hospital is shutting it down entirely on the weekends for nearly two months.

The current mainstream line on the issue is that the shortages are being caused by too many nurses getting sick with COVID or being overworked. Of course, that’s not the whole story.

The trouble with nurse shortages began in October last year when hospitals began complying with mandates to suspend their unvaccinated nurses. Predictably, this put immediate stress on the healthcare system.

Unfortunately, this hasn’t been addressed by the provinces or the feds who caused this disaster, with Katharine Smart, president of the Canadian Medical Association, saying the government is “gaslighting” people regarding the state of hospitals by picking and choosing statistics.

“When you start having major hospitals in major centres that can’t be staffed and be open, that’s really shocking. This problem is growing, and we’re not really seeing government addressing it with the urgency it demands,” said Smart.

“It’s really disregarding what people working in the hospitals are seeing with their own eyes. It feels like gaslighting,” she said in response to one cherrypicked statistic used by the Ontario government.

She suffered from heart disease after the first shot, and had her doctor write her a medical exemption for the second vaccine. She lost her job in spite of the exemption, so she “regrettably” took the second dose to get her job back and now apparently has a damaged heart.