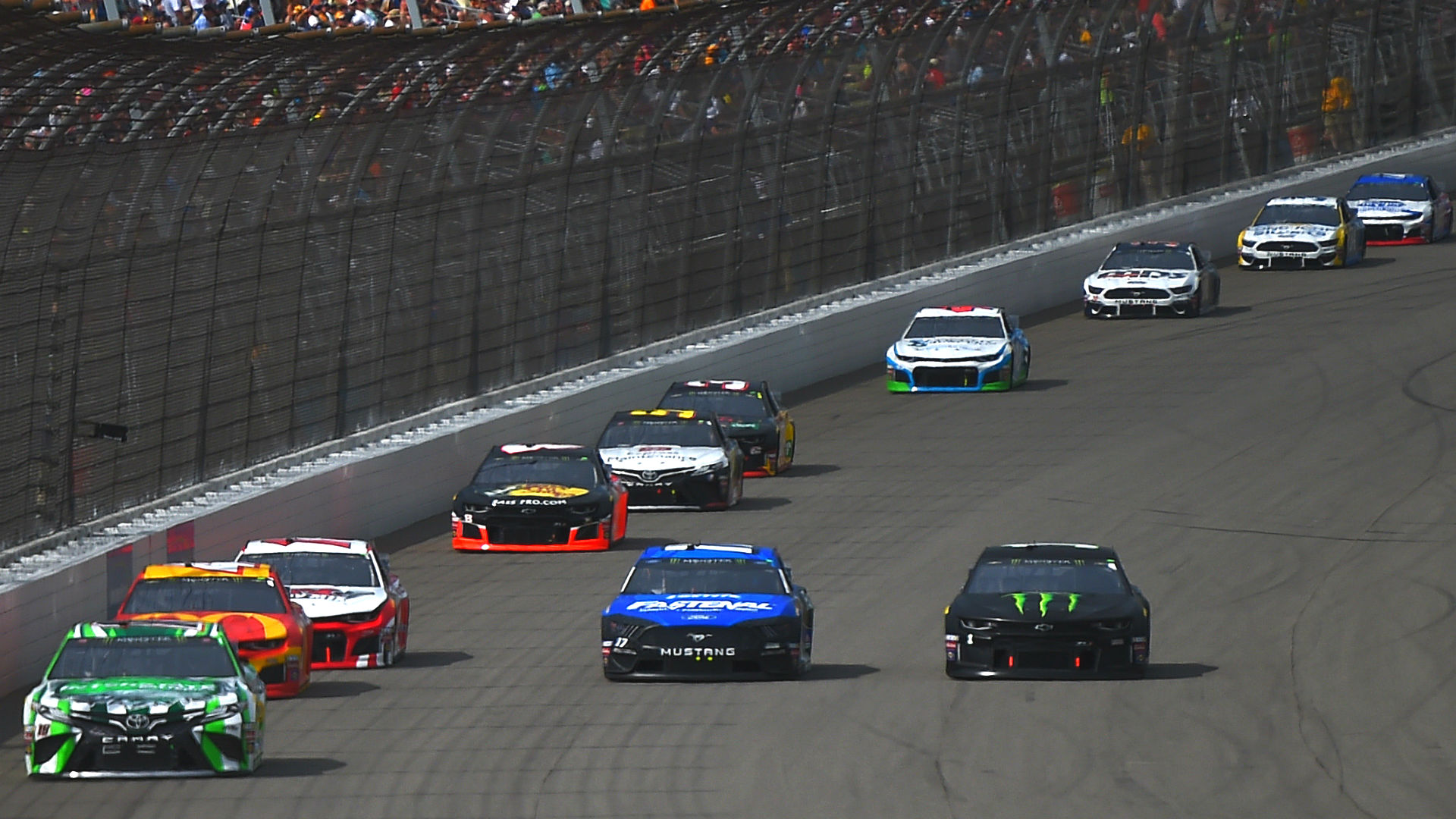 Picking a winner based on the odds for Saturday’s NASCAR Cup Series race at Michigan International Speedway (3 p.m. ET, NBCSN) is tricky since this is now a unique event. Not only is it NASCAR’s first visit to the two-mile oval in the Irish Hills of Michigan this season, but the FireKeepers Casino 400 is now the first leg of a Saturday-Sunday doubleheader.

When the NASCAR Cup Series last visited this track in August of last year, Kevin Harvick cruised to a win after successfully stretching his final fuel run. That, combined with the series points leader’s strong 2020 season thus far, is why Havick is considered the favorite for Saturday’s race at Michigan.

Denny Hamlin finished second in that August race at Michigan last year, but only because Joey Logano gave up the position for a splash of fuel. Logano, of course, won the first of two Cup Series races at Michigan last season, so it’s no surprise to see Logano and Hamlin behind Harvick on the odds board for Saturday.

Below are the complete Vegas odds to win Saturday’s NASCAR Cup Series race at Michigan, plus our top three picks of drivers who could end up taking the checkered flag.

NASCAR odds to win at Michigan

Harvick is a familiar favorite atop the odds board in 2020, as only Hamlin (five) has more wins than Harvick’s four victories this season. It doesn’t hurt that Harvick cruised to victory in the late-summer race at Michigan last season.

Below are the complete odds to win Saturday’s NASCAR race at Michigan, courtesy of FanDuel Sportsbook.

Below are the top 10 driver ratings at Michigan among active racers:

Logano is on the pole for Saturday’s race at Michigan based on the results of a random draw, which is great news for the No. 22 team. The top starting position is by far the most proficient in the field at Michigan, producing almost 22 percent of the Cup Series winners at the track.

The last driver to win at Michigan after staring on the pole? Logano, in this race last year.

Below is the breakdown of wins by starting position in the history of Cup racing (101 total races) at Michigan.

The top 10 starters for Saturday’s race at Michigan (as determined by a random draw of the top 12 teams by owner points) are as follows:

Harvick is tied with Matt Kenseth and Kurt Busch for the most Cup Series starts (38) at Michigan, and he’s tied with Logano and Busch for the most wins (three) at the track among active drivers. That experience, combined with his team’s speed in 2020, should give him a good chance to notch victory No. 4 at the two-mile oval.

Elliott has not yet won at Michigan in his Cup Series career, but statistically speaking, he is the best driver in Saturday’s field. Potentially helping his chance to win is the fact that the only comparable race thus far this season, the March 1 event at the similarly configured Auto Club Speedway, was won by Elliott’s Hendrick Motorsports teammate, Alex Bowman.

Logano has an impressive resume at Michigan, and even though his teammates Brad Keselowski and Ryan Blaney are ahead of him in points this season, the driver of the No. 22 statistically is the best at this track among those in the Team Penske stable.

Priests speak out: the moral case against vaccine passports

Nutrition for Building the Most Muscle Possible

Watch: Perspectives on the Pandemic | ‘The Illusion of Evidence-Based Medicine’

3 hours ago Man Of Reality