Olympic sprinter Shavez Hart was shot and killed outside a bar in the Bahamas as he tried to break up a fight on Saturday, according to reports.

Hart, 29, was at the nightclub in Mount Hope, North Abaco, when the shooting occurred at about 2 a.m., TMZ reported.

According to witnesses, a group of men began fighting, and Hart intervened to stop it. One of the combatants left but soon returned with a gun and opened fire, hitting the runner.

The Olympian was hit in the chest and pronounced dead at the Marsh Harbour Clinic.

A suspect has been arrested in the incident. 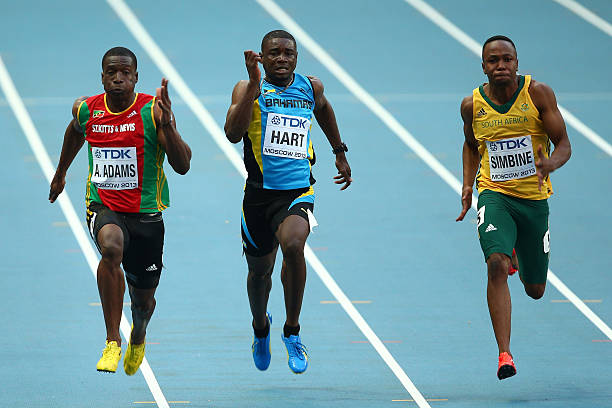 (L-R) Antoine Adams of Saint Kitts and Nevis, Shavez Hart of Bahamas, and Akani Simbine of South Africa compete in the Men’s 100 meters heats during Day One of the 14th IAAF World Athletics Championships Moscow 2013 at Luzhniki Stadium on August 10, 2013, in Moscow, Russia. (Paul Gilham/Getty Images)

In a statement, the Bahamas Olympic Committee said, “The Olympic family is saddened to learn of the sudden passing of Shavez Hart, a proud native of Abaco.”

“He was always very humble, yet proud and determined to offer the very best of himself for the sake of country,” the statement continued.

In 2016, Hart was a member of the Bahamian 4 x 100 team that won the silver medal in the 4×400 meter relay at the IAAF World Indoor Championships in Portland, Oregon. 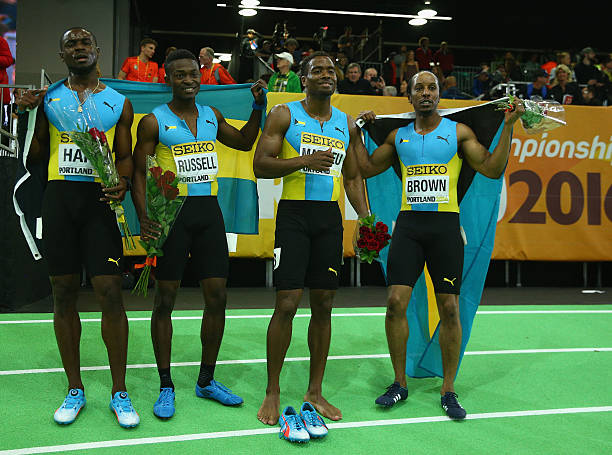 “This is so tragic. Shavez Hart was, of course, one of our finest athletes ever, but he was one of the kindest people I have met and such a soft-spoken man,” Texas A&M head coach Pat Henry said in a statement. “Words can’t describe the loss that the Aggie track & field family is feeling. My thoughts and prayers are with his family.”