Python 2 vs Python 3: The Key Differences 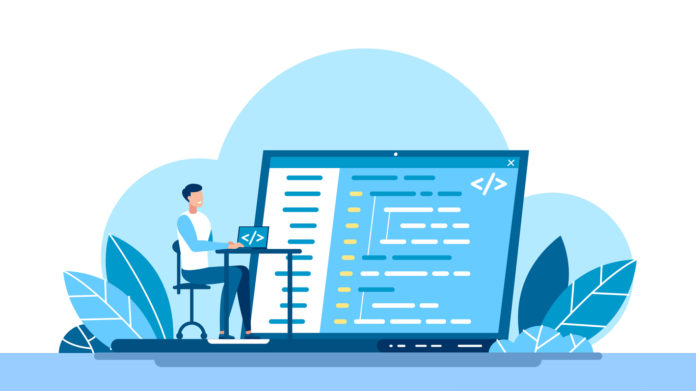 Everyone knows that in this world inventions happen to fulfil needs. In this context, it would not be wrong to say that the invention of Python has started a revolution in the world of coding. The simplicity and ease of Python coding have won the hearts of the coding masters, that’s why today everyone is crazy about it, whether they are experienced or especially novices.

So, learning Python could be a better choice for someone who is just beginning to learn a programming language because the first thing, it is easy to learn and the second thing, it is highly in demand in the industry.

Python’s journey from its invention (1991) till now has been very long and during this time many versions of it have been released. Python 3 is currently in use and it was invented to overcome some of the shortcomings of Python 2.

Although Python 2 is almost outdated, it is still used today by some software professionals due to some of its special features. Now let us understand the difference between python2 vs python 3. Python 3 has been invented and Python 2 despite being outdated is still in use.  Both things are enough to confuse the new developers about what to learn, Python 2 or Python 3.

Simply asking, the answer is Python 3 but Python 2 still has some significance in the coding field.

We came up with this article to help in this regard. This article includes all the important aspects of both languages to understand the differences between the languages. By reading this article carefully, it would be easy to decide what to choose, Python 2 or Python 3.

So, let’s start reading and understanding the succeeding paragraphs mentioned:

The development of Python 2 enabled the programmers to make the code development process easier as compared to the earlier versions. Due to the invention of Python 2, the implementation of technical details of the Python Enhancement Proposal (PEP) could have become possible. Python 2.7 was the last version of the 2. x series and it was discontinued in 2020. The following points will give more insights into Python 2:

The main aim of bringing Python 2 into existence is to make programming simple and easy to learn for the common people who are willing to learn a programming language.

Python 2.0 was created by Guido van Rossum, a Dutch programmer, who is famous as the creator of the Python programming language. It was released on Oct 16, 2000. Many major new features were introduced in it, such as a cycle-detecting garbage collector for memory management, list comprehensions, and support for Unicode.

Python 3 is a newer version of the Python programming language. The main intention for creating Python 3 was to fix those problems programmers were facing while working in Python 2.

The main reason behind creating Python 3 was to rectify fundamental design flaws in Python’s previous versions, 2.x series, because while retaining full backwards compatibility with the 2. x series, the implementation of the required changes was not possible. That’s why Python 3 came into existence.

Python 3 was developed by Guido van Rossum, a Dutch programmer, who is best known as the creator of the Python programming language. It was released in 2008. It was a major revision that is not completely backwards-compatible with earlier versions.

Based on the following parameters, the differences between Python 2 and Python 3 can easily be made out:

In Python, if the global variables are used inside a for-loop, their values do change. Whereas, the value of variables never changes in Python 3.

Python 3 is the future, therefore many developers are now creating libraries for the use of Python 3 strictly. The libraries created for Python 2 are now not forwards-compatible.

2.x library may be ported to 3.x but it can be a complicated task. It is not recommended for beginners.

Since 2020, Python 2 has been outdated for use whereas Python 3 is still in use by the developers and is more popular than Python 2.

It is possible to port Python 2 code to Python 3 but to do this a lot of effort is required. On the other hand, Python 3 is not backwards compatible with Python 2.

The utilisation of Python 2 was done mostly to become a DevOps Engineer. Now it is no longer in use after 2020.

Python 2 vs Python 3: Examples With Code

Now look at the same print statement in python 3.x and notice the difference:

Note: In Python 2, a Print statement (“print()”) with parentheses will work, the reason is that here it is taken as a print statement followed by an (<expression>) in parentheses. On the other hand, in the case of Python, it will not work, and a syntax error will appear.

While evaluating integer values in Python 2, the output doesn’t contain decimal values, it gives answers in round figures that create a problem further, whereas the output of Python 3 contains decimal values too and therefore it is considered as the exact output. Let’s understand this with the following example:

Note: One should be watchful while porting code from python 2.x to 3.x or vice versa, about evaluating the integer value because no errors appear during compilation and later, unexpected results may be faced as outputs.

The conversion of strings to Unicodes is advantageous because the Unicode strings are more versatile than ASCII strings as they can store letters from foreign languages, emojis, the standard Roman letters and numerals. The following example will give more clear picture:

A new keyword “as” is introduced in Python 3. It is mandatory in Python 3 and if not specified, Python 3 will generate an error. Let’s see the sample code below for a better understanding:

The syntax used to raise an exception is modified in Python 3. Look below at the syntax of Python 3 and Python 2 Below for raising exceptions.

The above syntax will work correctly in python 3.x. Now, look at the syntax below for Python 2.x.

The above syntax will not work in Python 3, instead, the system will throw an error because the syntax is not closed within parentheses.

Which Version Is Better? Python 2 vs Python 3

One of the most prominent questions that may arise in the mind after reading this article till this point is which Python version is better to start learning Python programming language. Python 2 vs Python 3?

If this article has been read carefully with proper attention then it is not difficult to answer this question. Python 3 truly emerges as a winner version of Python without any doubt as compared to its counterparts.

The following points may narrate why Python 3 is a most demanding and highly preferable language at present than Python 2:

With this, we came to the end of this article and we are sure that while studying this article, you might have felt yourself connected with each corner of it throughout this educational journey period.

If you have any queries related to this topic, please feel free to write to us, our dedicated “Greatlearning team” is always ready 24*7 to help you out in this regard. You can also explore our website where you will find many free online courses related to Python. You can enrol yourself, we assure you that we will not leave any stone unturned to make you a good programmer. Some of the free recommended courses for you are listed below:

Can We Install Python 2 And Python 3?

Yes, there are two ways by which Python 2 and Python 3 can be installed on the same Windows or Linux system. The first one is by creating different environments on different IDEs to use the versions separately and in a second way, using the command prompt and to do this, go to the default installation path “C:\Python3x” and rename the “python.exe” to “python3.exe”. Edit the environment variables to include the following directory link. The change of variables is necessary to avoid conflicts because the two versions have the same name ” python.exe.
C:\Python27\;C:\Python27\Scripts\;C:\Python34\;C:\Python34\Scripts\

What Is The Difference Between Print In Python 2 And Python 3?

Can We Use Python 2 And Python 3 Together?

Yes, Python 2 and Python 3 both can be used on the same device (Windows or Linux) by either creating different environments on different IDEs (An IDE is referred to as Integrated Development Environment that understands programming code much better than a text editor)      to using the versions separately or by renaming the files like python.exe to python3.exe.

Is Python 3 The Same As Python?

No, there are some functional differences between these two.
python is referred to as version 2.x.x and python3 is referred to as version 3.
The fundamental difference between Python and Python 3 is that Python 3 is not compatible with the older versions of Python.
One significant change is that the code that works in Python 2.7 will not work in Python 3, they need to be written in different ways.

Will strong and fast-switching artificial muscle be feasible? — ScienceDaily

A fresh look into grasslands as carbon sinks