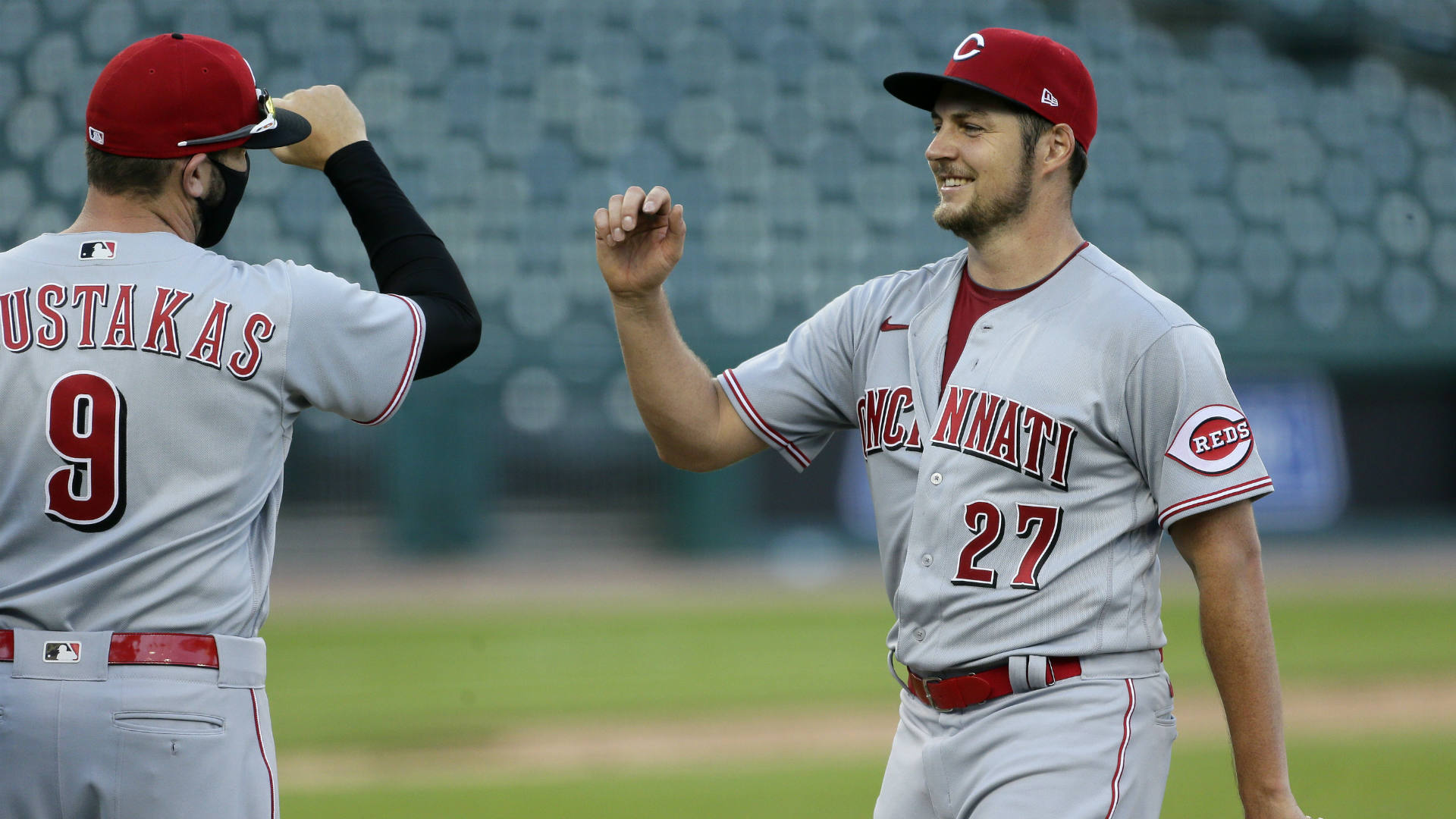 In terms of drama, the doubleheader Sunday between the Reds and Tigers was closer to a couple of episodes of “The Sopranos” than a back-to-back marathon of “The Godfather” and “The Godfather, Part II.”

On “The Sopranos,” there always was the sense that the end of the program was coming soon, so stuff was going to happen quickly.

It was like that in the two games the Tigers and Reds played, the first-ever MLB doubleheader in which the two games were scheduled for seven innings.

Reds centerfielder Nick Senzel told Sporting News “for sure” there was more urgency to the two games of the doubleheader, which Cincinnati swept.

“Those seven innings, everyone’s really locked in to every single pitch,” he said. “Because you erase two innings, so much is going on. I think the intensity is there, for sure, in both those seven-inning games.

“The seven-inning doubleheader, we kind of liked.”

FAGAN: MLB has change to show American how to navigate through COVID

There will be much about how the 2020 MLB season is being contested that will have a chance to remain in the game. The most obvious is the universal designated hitter, which many believe will become the norm in future seasons. It’s not clear whether idea of starting a runner on second base for each team when a game reaches extra innings will last, but its impact will be studied.

Baseball would have to trample its entire history to make seven-inning games the norm, and history is too important to the sport. Also, there is the issue of diminishing the role of relief pitchers, and the MLB Players Association generally does not appreciate anything that would have a deleterious effect on a class of players. In situations where doubleheaders became necessary in past seasons because of postponements, owners came to appreciate the day/night concept because it allowed a second distinctive gate to be collected.

We probably won’t see the seven-inning game become a thing in future MLB seasons. Although we’d love it.

So all we can do is appreciate how cool it is now.

There was an extraordinary gravity to each development in those two games because of the tightened time frame. The end looms so much more obviously when two innings are lopped off the length of the game.

It changed the nature of the game, as well. The Reds have gotten phenomenal starting pitching in the season’s first two weeks, but their bullpen frequently has been catastrophic.

This was the case in the first game, with Anthony DeSclafani shutting out the Tigers for five innings and allowing only three hits but being pulled because it was his first game off the injured list. Lucas Sims allowed three runs, none of them earned, and the Reds had to scrape out a game-winning run in the top of the seventh.

In the nightcap, starter Trevor Bauer pitched a complete game shutout, afterward telling the Cincinnati Enquirer, “I had to lobby for the fourth, the fifth, the sixth, the seventh … nobody was taking me out.” It will be different from most of the complete games in baseball history, aside from those shortened by weather. But it counts in that category on his Baseball Reference page.

The seven-inning doubleheader is an idea borrowed from the minor leagues, so both Reds pitcher Tyler Mahle and manager David Bell referenced their experience with the format from previous seasons.

“It was fun. It was cool to be a part of what was the first one in history,” Bell told SN. “It doesn’t change a lot. We kept reminding ourselves in the dugout, the first inning was like the third inning and the fifth inning was like a typical seventh inning. It really shortens the time, or the path, from your starter to the back end of your bullpen.

“That’s one thing, you can make it through a game pretty easily with your best. My experience of it in the minor leagues, and it might have been coincidental, a lot of well-pitched games — I think the starters, there’s something about knowing you only have seven innings to be able to get a complete game, and I remembered just a lot of gems being pitched in the minor leagues. And that happened again yesterday with Trevor.”

Priests speak out: the moral case against vaccine passports

Identification of the wettability of graphene layers at the molecular level