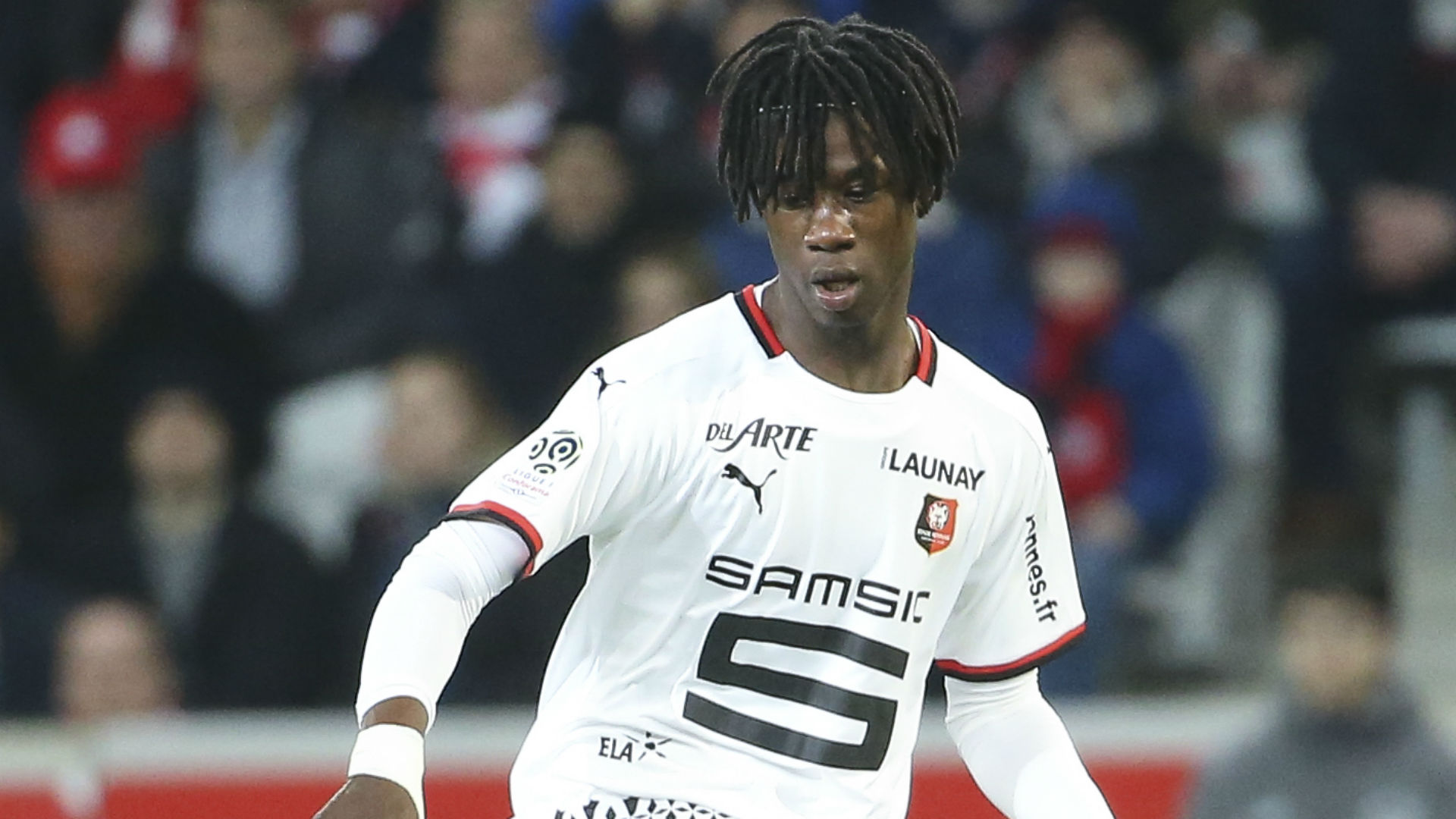 Rennes president Nicolas Holveck has admitted he wishes the French club can be paired with Real Madrid during the 2020-21 season which will give teenage sensation Eduardo Camavinga the opportunity to play against them.

The 17-year-old has been one of the most-talked-about transfer subjects all summer with reported interest from Los Blancos, but Holveck has insisted no offer has been tabled for the player and believes Camavinga is committed to staying with the Red and Blacks.

The Brittany outfit is going to be among Europe’s elite for the first time in their history having finished in third place during the 2019-20 Ligue 1 campaign.

“The pursuit of Eduardo Camavinga started for a very long time. We already knew where we wanted to go,” Holveck said.

“I think that for him it is a huge satisfaction to play in this competition [Champions League], but what is certain is that he will spend the season with us.

“Which opponent I want in the group stage? Why not Real Madrid, whom I have never met?”

As much was Rennes want to keep their key players, Holveck has also acknowledged some recruitments need to be made if they are going to have a strong outing in the Champions League. Franco-Guinean and Amiens striker Serhou Guirassy, as well as Anglo-Nigerian and Chelsea defender Fikayo Tomori, are some of the reported targets.

“The transfer window is not going to be oriented differently. We already had well-defined targets,” Holveck continued.

“If Rennes is there, it is because there is a well-built and balanced team, with strong points everywhere, and we are going looking to improve that, and that will not be done with a big name for sure, but rather with very good players.”