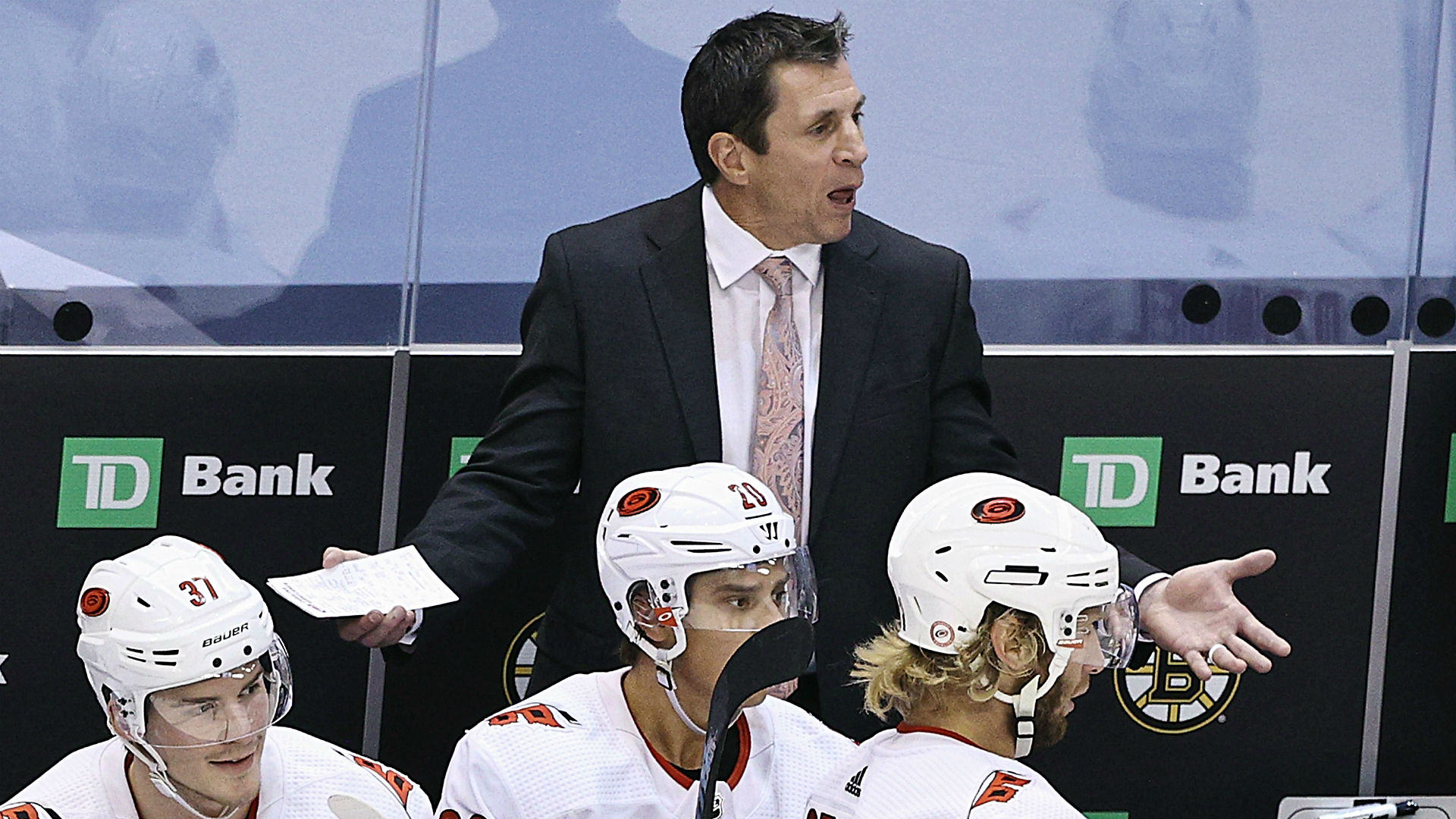 The NHL didn’t even wait a day to fine Hurricanes coach Rod Brind’Amour for his postgame comments Wednesday. It brought down the hammer before sunset.

Brind’Amour is $25,000 lighter in the bank account, and is at risk of owing the league another $25,000 over the next 365 days, after calling the league’s review of a Bruins second-period goal Wednesday a “crime scene.” He was most upset that the referees didn’t give him a straight answer as to what they had called on the ice.

First, let’s back up a second: Hurricanes goalie Petr Mrazek had covered the puck in the crease just before the goal, thinking he had frozen it for a stoppage. But Anders Bjork knocked it away from Mrazek with his stick and toward Charlie Coyle, who scored as play was allowed to continue.

Before that, there appeared to be a possible hand pass on the play, from Nick Ritchie to Bjork. That, too, would have stopped play.

The league determined after review that Mrazek’s covering the puck negated the hand pass to Bjork, but that meant the referees blew the hand pass call by not blowing their whistles.

“This is why the league’s a joke, in my opinion, on these things,” Brind’Amour said to the (Raleigh, N.C.) News & Observer. “That one is a crime scene.”

Fortunately for Carolina, things didn’t go south at that point. In fact, Brock McGinn scored a short-handed goal 21 seconds after Brind’Amour was penalized. Ultimately, though, Boston won the game 4-3 in double overtime to take a 1-0 series lead.

Then came Brind’Amour’s comment and the league’s action, which included a warning that Brind’Amour would be fined another $25,000 “in the event of similar inappropriate behavior through Aug. 12, 2021.”