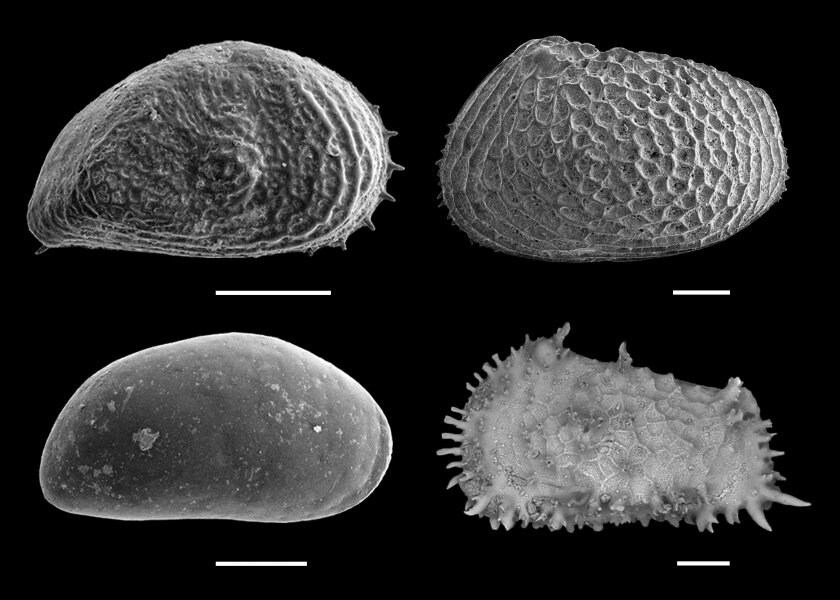 In order to survive, a species must find the most favorable habitat to pass on its genes. Therefore, learning how species migrated with climate change is very important for protecting species from environmental threats.

In light of this, a research team led by Dr. He Wang and Dr. Moriaki Yasuhara from the School of Biological Sciences (SBS) and the Swire Institute of Marine Science (SWIMS) of The University of Hong Kong (HKU) studied the impact of East Asian winter monsoon (EAWM).

They identified two southward migration events of polar species of Arctic ostracods during the last glacial period and determined the ages of these two events for the first time. The results will help researchers better understand Asian monsoon dynamics and their impacts on the marine ecosystem and polar species, thereby reducing the risk of species extinction. The study has recently been published in Geophysical Research Letters.

EAWM is a determining factor of wintertime weather and climate in East Asia, affecting crop and livestock productivity and socioeconomic activities over large areas of East Asian countries. The impacts of climatic conditions on marine ecosystems and the distribution of marine species are major concerns due to ongoing anthropogenic climate change; however, the impacts of EAWM variability on marine biota remain poorly known, which hinders the understanding of future climate change and its impact on polar species or cold water species.

The Yellow Sea is a great location to study the evolution of the EAWM, as it is sensitive to climate change, and its environment is strongly influenced by the EAWM. It also has been regarded as an ideal location to track changes in cold-adapted marine species (polar species), as it is located at the southern end of the distribution of Arctic circumpolar species.

Furthermore, the abundance of fossil records in the area provides direct evidence of past climate impacts. Therefore, the research team selected eight spots from the Yellow Sea and the Sea of Japan to reconstruct the temporal and spatial changes of Arctic ostracods in the northwestern Pacific Ocean, which helps to better understand the biogeographic distribution of Arctic ostracods and their responses to climate change.

By using microfossil proxies in sediment cores from the northwestern Pacific Ocean to better understand the relationship between EAWM dynamics and marine biota, the research team identified two southward migration events of Arctic ostracods in the Last Glacial Period and determined the ages of these two events for the first time: 120 to 100 and 30 to 15 thousand years ago—intervals that are consistent with the periods of strengthened East Asian winter monsoon (EAWM) during the Last Glacial Period.

Therefore, the team suggests that the stronger EAWM during these periods enhanced the formation of Yellow Sea Bottom Cold Water and/or lowered the winter temperatures of the Yellow Sea, allowing cold water species Arctic ostracods to inhabit more southern regions of the Yellow Sea.

Dr. He Wang, the lead author of the study and the former postdoctoral fellow at SBS, says, “In order to understand the above topics, one of the challenges is that we need to find a good proxy. Fortunately, we find many well-preserved ostracod specimens from a new core in the Yellow Sea, including both Arctic species and Subtropical and temperate species. Ostracods have fully calcified, bivalved carapaces, and thus have been the most common fossil arthropods, which provide an excellent fossil record for detailed paleoecological reconstructions.”

“Understanding polar species’ behavior is important because they are sensitive to climatic warming and cooling. Numerous evidence shows that species respond to ongoing human-induced warming by changing their latitudinal distribution. So, polar species distributions are getting narrower to poleward with warming compared to the wider ice-age distribution we showed in this study. These narrower habitats may result in a higher extinction risk of polar species in the near future,” said Dr. Moriaki Yasuhara.

The results help better understand Asian monsoon dynamics and their impact on marine ecosystems in the past, present, and future on this rapidly changing planet. Learning how these cold-adapted species (polar species) migrated with climate change is very important for protecting polar species from threats by the ongoing human-induced climate change.

Provided by
The University of Hong Kong