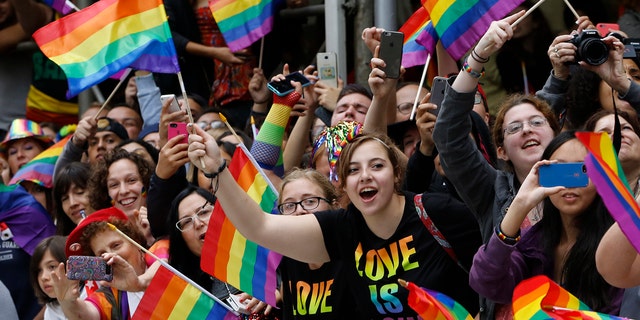 The U.S. Senate passed the Respect for Marriage Act Tuesday in a bipartisan vote of 61 to 36, which will require the federal government to recognize all marriages, including same-sex marriages, that are legal in the state where they took place.

The measure will now move to the House, where it is expected to pass in the final days as a Democratic-controlled chamber, before making its way to the White House for President Joe Biden’s signature.

An amendment by Senator Susan Collins, R-Maine, and Tammy Baldwin, D-Wis., was adopted Monday evening aimed at making sure the bill does not undermine religious liberty and states that nonprofit religious organizations “shall not be required to provide services” to a marriage it opposes.

A handful of GOP senators voted for the bill.
(Copyright 2018 The Associated Press. All rights reserved.)

On Tuesday the senate also considered three additional amendments to the bill by Senators Marco Rubio, R-Florida, Mike Lee, R-Utah, and James Lankford, R-Okla., that would have purportedly added stronger religious liberty protections to the measure, but all failed to reach a threshold vote for final adoption.

RICK SCOTT DEFENDS RELEASING ‘RESCUE AMERICA’ PLAN AHEAD OF MIDTERMS: ‘I DON’T REGRET IT ONE BIT’

The bill is a result of months-long bipartisan negotiations. Senate Majority Leader Chuck Schumer said earlier this month that his original intent was to introduce the bill for a vote in September, but at the urging of colleagues on both sides of the aisle, he opted to hold off on scheduling a vote to give time for the “bipartisan process to play out.”

“Much better to pass this legislation and move equality forward than simply have a show vote, which would bring political reckoning but no real change for the American people,” he said.

Brianna Herlihy is a politics writer for Fox News Digital.