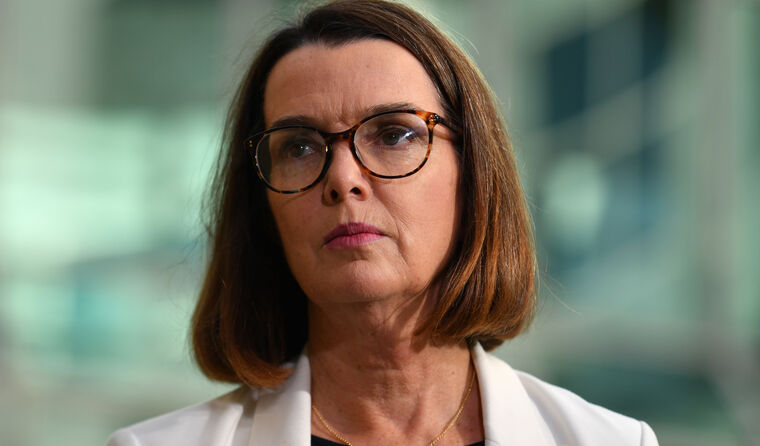 Recent Medicare fraud and non-compliance claims have been roundly rejected by public officials and politicians in a Senate Estimates hearing at Parliament House.

Health officials were asked this week if adequate measures are in place to address the ‘significant impact’ of recent media coverage on an already beleaguered GP workforce.

South Australian Senator Anne Ruston raised the issue at a Senate Estimates hearing on Thursday, addressing several executives from the Department of Health and Aged Care (DoH) about the fiercely contested Medicare rorts and fraud coverage in Nine Newspapers and the ABC.

Referencing the coverage’s effect on medical practitioners, particularly GPs, Senator Ruston inquired whether the DoH had received similar feedback about the ‘extremely distressing’ nature of the findings for many those involved in general practice.

‘We’ve heard, anecdotally at least, that we’ve had practitioners that are resigning or considering resigning or retiring as a result of this,’ she said. ‘Have you had advice to that effect as well?’

The Senator also asked a panel, which included DoH Secretary Professor Brendan Murphy, whether the department has moved to ‘alleviate this level of anxiety and concern’ and convey to doctors their view that the allegation of $8 billion in fraud and non-compliant Medicare claims is unfounded.

In response, Professor Murphy referenced a recent statement from Federal Health and Aged Care Minister Mark Butler that the department had found ‘no evidence to support the scale of the fraud’.

In fact, during the hearing, the spotlight focused several times on the headline claims of $8 billion worth of annual Medicare ‘rorts’ and non-compliance.

Different officials gave their take as to why the figure remains unsubstantiated.

Dr Margaret Faux, a health system lawyer whose PhD focused on Medicare, was the main source behind the 7.30 program’s $8 billion non-compliance claims.

Professor Murphy said his colleague Daniel McCabe, the DoH’s First Assistant Secretary for Benefits Integrity and Digital Health who also appeared at the hearing, had met with Dr Faux prior to the recent reporting.

‘[But] we have not found any evidence to support the size of the claim that was made in the media, the $8 billion claim of fraud and billing errors.’

Professor Murphy also said Mr McCabe ‘has a team of 350 people working on that issue’, adding that the thesis has already been carefully examined.

‘It’s essentially an assertion not backed by any evidence that we’ve seen,’ he reiterated.

Speaking subsequently, Mr McCabe said Dr Faux’s PhD references a Medicare non-compliance figure ranging from $1.5–3 billion, and that the research suggested most of that related to doctors not understanding how to use the system.

‘So, the narrative in the media is quite different to what’s actually in the PhD,’ he said.

‘I guess an element of that … could include inappropriate practice and at a very … high end in terms of concern, there would be some fraud in that number as well.’

The DoH’s Penny Shakespeare, Deputy Secretary of the Health Resourcing Group, added further context by explaining that the large range of the estimate is due to the input of different consulting groups.

She also offered an insight into the wider approach towards Medicare compliance and expressed scepticism about the inference that fraud is the dominant root cause of non-compliance.

‘In terms of the department’s work, we have an ongoing program of compliance,’ she said.

‘It’s probably quite similar to other public regular regulatory functions in that we apply a regulator pyramid approach.

‘We think most of the inaccurate billing is not deliberate, it’s mistakes.’

Professor Murphy acknowledged that ‘public confidence potentially has been affected by these media claims’, which he said was the reason behind Minister Butler’s decision to commission a further review by a health economist into the compliance system.

That decision was announced on Monday, with health economist Dr Pradeep Philip tasked with investigating Medicare’s integrity and compliance mechanisms. The Philip Review, as it is being called, is due to be submitted by the end of February 2023.

Mr McCabe offered the hearing some context to that decision.

‘As part of that review, we’re going to have a look not just at the compliance program, but are there any issues up front in Medicare that might need tightening up in terms of how it’s used,’ he said.

‘[We will also be] looking at the integrity of all the payment channels to make sure that if there are any potential gaps that they’re closed.’

Mr McCabe also said he differs on the presentation in some media reports which have queried the Government’s capacity to detect fraud.

‘I disagree with those media claims,’ he said, adding that there had been a number of cases that had been successfully taken up.

‘Last financial year, we dealt with upwards of 16 matters before the court which resulted in over $24 million worth of matters … being prosecuted,’ he said.

Wrapping up the discussion, Senator Ruston again referenced the impact of the recent reports on general practice.

‘It’s just obviously very concerning when we’ve got the GP crisis that we have at the moment, that we’ve got a situation where our GPs are under threat,’ she said.

The hearing can be watched in full on the Parliament House website, with the Medicare discussion starting at around 17:15.

newsGP weekly poll
Do you think AHPRA’s processes for dealing with vexatious complaints are working effectively?

Shocking amount of INGREDIENTS in a “Healthy” Starbucks breakfast wrap…