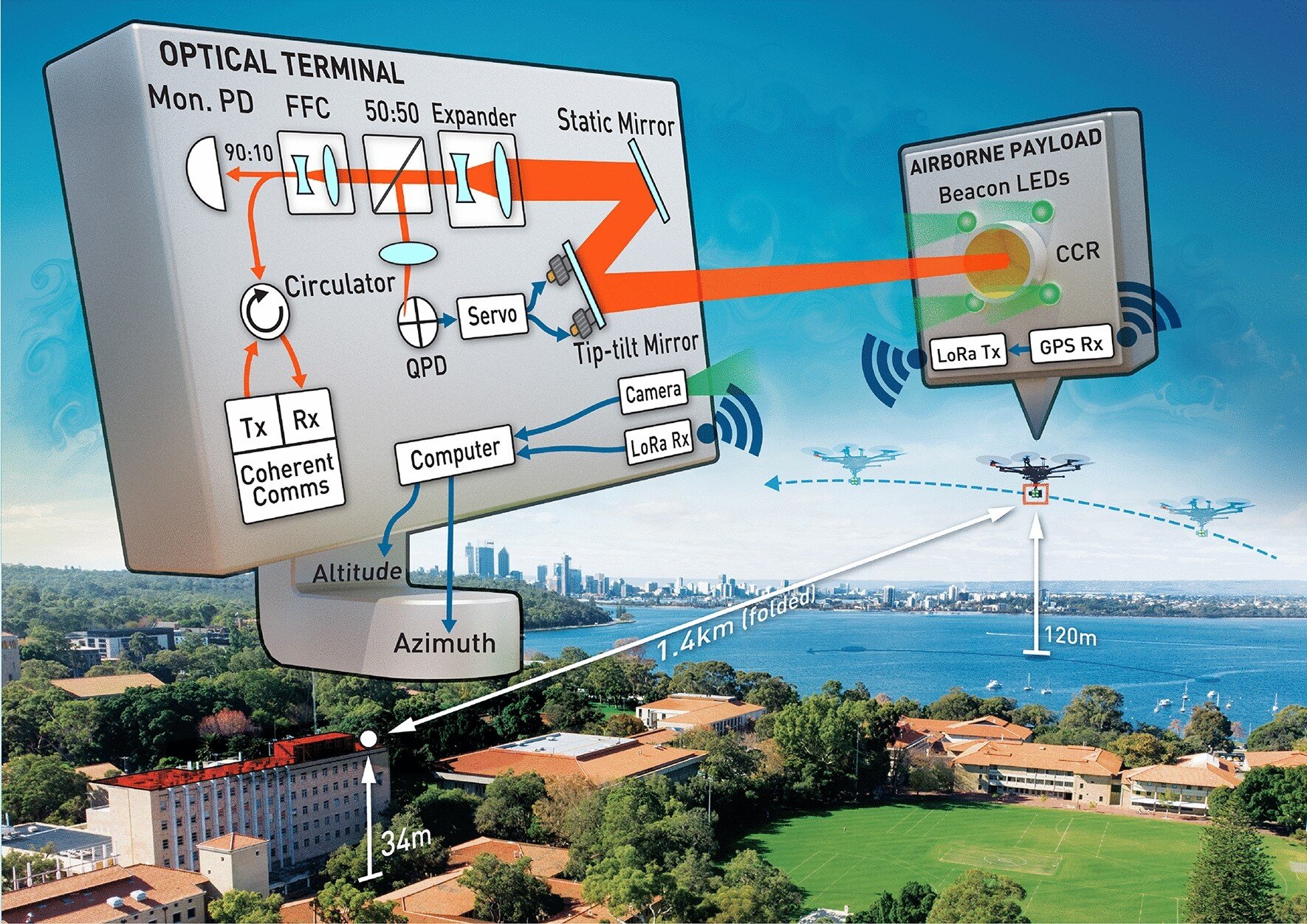 A team of Western Australian researchers have found a way to avoid the need to use radio transmitters in critical communications, using new technology featuring super-fast optical lasers.

Radio transmitters, which are still in use, were developed over a century ago. The researchers, from the International Center for Radio Astronomy Research (ICRAR), have been working on this project for two years, with their findings published in Scientific Reports.

While there have been advances in the use of optical wireless communication in recent years, this WA discovery addresses the turbulence issue, by using a very fast steering mirror that can correct for turbulence at a rate of hundreds of times per second.

This means that superior optical wireless transmission can be used in more settings, reducing the need for reliance on slower radio transmission.

Lead researcher Dr. Shane Walsh explains how his team have found a way to use optical communications to fix upon a rapidly moving target in a turbulent environment, with an uninterrupted, high-speed signal.

“This is a culmination of more than two years of research and testing and takes ground to space communications from what was effectively a ‘dial up’ speed in turbulence to a super-fast ‘broadband’ speed.

“I am proud that our WA team of researchers has been able to contribute a piece of this critical communications puzzle, combining existing research with our team’s specialist expertise,” he said.

The team’s discovery was put through its paces using a drone, which simulates a rapidly moving target. As a next step, the researchers plan to test the technology with a higher altitude aircraft and ultimately a spacecraft, in low earth orbit.

Researchers are now developing a purpose built, optical communications ground station in WA which, when complete, will allow them to further develop and commercialize the technology. It is expected to be used by industry and governments alike, in applications as diverse as communications with spacecraft, meteorology, defense and disaster management.