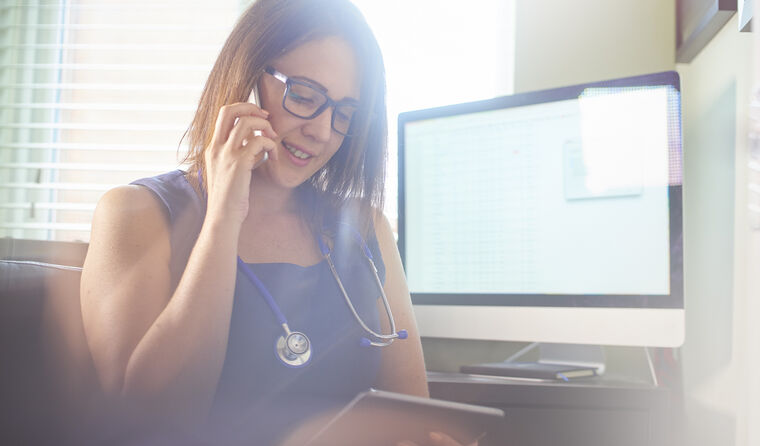 Auditors have examined a shift described as ‘10 years of reform in only 10 days,’ and issued several recommendations to Government.

The rapid expansion of telehealth in the early stages of the pandemic in Australia was backed by ‘robust’ policy but not adequately monitored, according to a new auditor’s report.

Released earlier this month, the Australian National Audit Office’s (ANAO) 72-page assessment of the changes to telehealth reportedly took place ‘to provide assurance to Parliament over the rapid implementation of health policy changes during a pandemic and the transition from emergency to permanent arrangements’.

The authors cite remarks that the telehealth expansion was the equivalent of ‘10 years of reform in only 10 days’ as well as the ‘most significant structural reform to Medicare since it began’.

‘Rapid implementation of policy changes can increase risks to effective and efficient delivery of public services,’ they wrote.

While they state the process was backed by ‘by largely robust policy advice and planning’, the auditors also describe ‘shortfalls in governance, risk management and evaluation’.

The process behind the expansion is described as ‘partly supported by sound implementation arrangements’ but the auditors note that the Department of Health and Aged Care (DoH) ‘did not adequately monitor or evaluate the expansion’.

The ANAO report makes several recommendations, including that:

The DoH agreed with the recommendations and accepted in principle a further suggestion to consider lessons learned from the inclusion of temporary telehealth items for future pandemic preparedness.

According to the report, the DoH has acknowledged the ANAO’s findings and also underlined ‘the unique scenario’ that unfolded with the COVID-19 health response.

The DoH also noted that the alignment of MBS telehealth items with contemporary clinical practice is subject to a review, and the MBS Review Advisory Committee is due to carry out the work and report back to Government in late 2023.

The ANAO outlined the scale of the changes to the MBS, describing how from March–May 2020, there were 281 temporary telehealth MBS items created, with 211 items retained permanently as of January 2022.

The DoH said 132 million services had been provided via telehealth at the time it responded to the ANAO report.

The audit scope did not include Services Australia’s oversight of telehealth benefit payments.

The ANAO also notes that while it examined the incorporation of telehealth integrity risks into compliance arrangements, it did not evaluate the effectiveness of compliance activities.

The college was highly critical of a DoH decision to send compliance letters to hundreds of GPs caught out by new MBS telehealth claiming rules in 2021.

At first, thousands of GPs were identified as potentially in breach, but the DoH cut the scale of its compliance activity following college advocacy showing the challenges of balancing complex requirements while looking after patients during a pandemic.

On 13 December 2021, the Government confirmed that expanded telehealth services would become a permanent feature of the health system, a move described as ‘a wonderful day in the history of general practice’ by the then RACGP President Adjunct Professor Karen Price.

A college submission to the ANAO in June last year described telehealth as ‘a critical enabler’ for allowing timely and high-quality services to patients, but it also highlighted the challenges faced by many GPs during the expansion.

It described ‘an inability to implement key learnings’ as the COVID-19 situation evolved.

‘This is particularly evident in the case of major policy decisions such as mandatory bulk billing of telehealth items, the removal of MBS phone items and the existing relationship requirement for telehealth,’ the submission stated.

‘These decisions have had a profound impact on our members. Despite this, change has been slow or in some cases, not forthcoming at all.

‘Telehealth is a major reform that should have been agile in response to the changing pandemic environment and needs of patients; however, this has not always been the case.’

The RACGP also said it hoped future changes to MBS telehealth items ‘will be easier for GPs to understand and implement’.

newsGP weekly poll
What would patients benefit from more?