Tennessee Woman, 22, Is Found Dead by Side of Road Hours After Her Boyfriend Was Charged With Murder 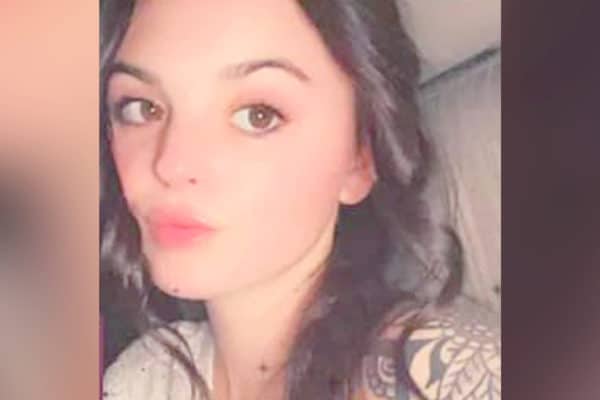 The body of a woman who had been reported missing has been found by the side of a Tennessee road just hours after her college student boyfriend was charged with her murder.

Jasmine Pace, 22, was found along Suck Creek Road in Chattanooga a day after bloody evidence was found at the home of Jason Chen. During a search of his apartment by cops, blood stains were found in the living room, bathroom and bedroom – together with broken glass.

Police also revealed how Chen had seemingly bought cleaning supplies that had been used in an attempt to clean up the evidence. Chen was charged with murder.

Jasmine’s mother Catrina Pace told police how she tracked her daughter’s Chevrolet Equinox car by using an app – and called 911.

Three days earlier, her daughter had shared her location with her using a pin drop sent via a text message.

When she and her husband visited the address they discovered that it was Chen’s home.

The apartment was unlocked but looked to be completely empty, yet Catrina found her daughter’s driving license and credit cards.

A neighbor also told her how there had been a loud disturbance at about 2am that morning.

Chen was not found until November 27 at his parent’s home in Nolensville, about two hours northwest of Chattanooga.

Surveillance footage from Chen’s apartment complex shows him leaving wearing a mask with a black cloth wrapped around his hand. News Channel 9 reported.

The suspect had cuts on his hand, according an affidavit seen by Channel 9. Chen was then charged with first-degree murder.

A family member publicly called Chen calculated, accusing him of using Jasmine’s phone to send text messages, pretending she was still alive as he was fleeing town.

Catrina Pace thanked the community for its support during search.

‘The outpouring of true love and support from the community this past week has meant more than I can explain. I ask that our community and everyone that has been affected by this horrific event, everyone that has a daughter, a sister, a mother, a grandmother, can sympathize with what we are being forced to process,’ she wrote in a posting on Facebook.

‘Our hearts are with Jasmine’s family tonight as they deal with unimaginably difficult news.

‘We are grateful that thanks to the hard work of the Chattanooga Police Department she may now be laid to rest surrounded by the friends and family that so deeply loved her,’ Hamilton County District Attorney Coty Wamp said in a statement to Local 3 News.

‘The State of Tennessee is focused on prosecuting Jason Chen to the fullest extent of the law. In this case, justice will prevail,’ he added.