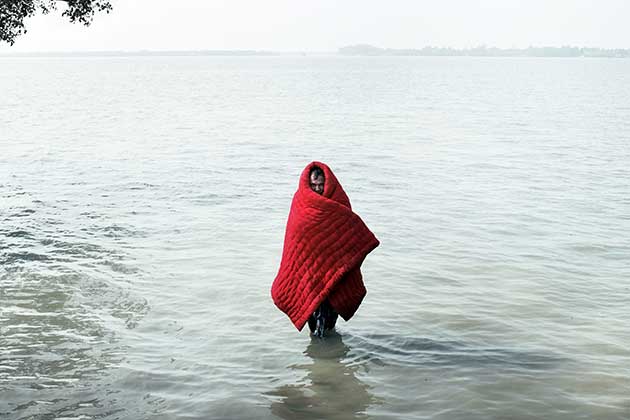 DHAKA, Bangladesh, Jan 18 (IPS) – Climate change is a global problem that requires a global solution. However, negotiating a solution has been challenging due to several factors. One of the main reasons that recent COP Climate summits and other international climate talks have not been able to resolve climate change is that there is a lack of consensus among countries on how to address the issue. Developed countries, which have historically been the largest emitters of greenhouse gases, are often unwilling to take on significant emissions reductions or to provide financial assistance to developing countries to help them adapt to the effects of climate change.

Another significant barrier to progress on climate change is the need for more political will among leaders of countries. In some cases, leaders may not see climate change as a priority or may be reluctant to take on the economic and political costs of reducing emissions or investing in clean energy due to political reasons. Some countries may be influenced by powerful fossil fuel lobbies that push against climate action. Developed countries must be willing to take on more significant emissions reductions and provide financial assistance to developing countries to help them adapt to the effects of climate change. Developing countries, in turn, need to be willing to take on emissions reduction measures and invest in clean energy and other climate mitigation measures.This can happen through more effective multilateral negotiations such as United Nations Framework Convention on Climate Change (UNFCCC), where all countries agree to set emissions reduction targets and support developing countries.

Bangladesh is located in the low-lying delta region of the Ganges, Brahmaputra, and Meghna rivers, making the country particularly susceptible to flooding and rising sea levels. Bangladesh is also prone to cyclones and other extreme weather events, which are becoming more frequent and severe due to climate change. The country has a long coastline, much of which is low-lying and vulnerable to flooding. As sea levels continue to rise, the risk of coastal flooding is increasing, devastatingly impacting the lives and livelihoods of the people in these areas. These events are causing widespread damage to homes and infrastructure and affecting the country’s agricultural sector, a significant source of income for many people in Bangladesh. Many people in the coastal areas have lost their homes and livelihoods due to sea level rise and coastal flooding. They face food and water insecurity due to increased soil and water salinity.

Globally, rich countries can assist Bangladesh cope with climate change in several ways. One crucial way is by providing financial assistance to help the country adapt to the impacts of climate change. This may include funding for building sea walls and other flood protection infrastructure and programs to help people in coastal areas relocate to higher ground. Another way rich countries can help is by providing technical assistance to Bangladesh to develop and implement clean energy and other climate mitigation measures. This could include funding and expertise to help the country develop renewable energy sources such as solar and wind power, as well as to improve energy efficiency and to reduce emissions from the industrial and transportation sectors.

The Sundarbans forests, located in the coastal belt of Bangladesh, is one of the most vulnerable areas in the country to the impacts of climate change. The forests span over 10,000 square kilometres and is home to various plant and animal species, including the Royal Bengal tiger. Sea level rise is one of the most significant threats to the Sundarbans forest making it particularly susceptible to flooding and rising sea levels. According to a study by the Intergovernmental Panel on Climate Change, sea levels in the Bay of Bengal are projected to increase by up to 1 meter by the end of the century. This would devastate the Sundarban forests, as seawater would submerge large areas.

The impacts of climate change on the Sundarban forests are also likely to have knock-on effects on the people living in the surrounding areas. The forests are a significant source of livelihood for many people in the region, who rely on it for fishing, agriculture, and other activities. As the forests are damaged by sea level rise and extreme weather events, these people will also be affected by food and water insecurity and the loss of their homes and livelihoods. Many people who lost their homes and land to flooding, were forced to relocate to higher grounds.

The health impacts of climate change on people living around the Sundarban are also significant. As a result of sea level rise and increased flooding, many are at risk of waterborne diseases such as cholera and diarrhea. Extreme weather events are accelerating salinity across the coastal belt of Bangladesh. Women are experiencing uterus cancers, infertility, and skin diseases, and men, too, are experiencing fertility problems and other health issues. Due to the loss of livelihoods and displacement, many people face food insecurity and malnutrition. In addition to these immediate impacts, climate change exacerbates the region’s existing social and economic inequalities. People living in poverty and marginalized communities are disproportionately affected by climate change, as they have fewer resources to cope with the impacts and less access to services and support.

Climate change has led to a growing number of people migrating from these areas, searching for better opportunities and escaping the impacts of climate change. Most climate migrants from coastal belt areas of Bangladesh are moving to urban areas, such as the capital city of Dhaka and other major cities. These migrants often seek better job opportunities and access to services and support. However, many migrants face challenges in their new locations, such as a lack of affordable housing, discrimination, and limited access to services and support. The future is uncertain for those still living in coastal areas of Bangladesh and fighting the climate crisis. Many of the people living in these areas are among the country’s most vulnerable and marginalized communities, making them particularly susceptible to the impacts of climate change. Climate conversations worldwide by world leaders and major organizations have been occurring every year. But they must see the severity of the situation for the people suffering and take concrete actions beyond being in a room to converse about the effects of climate change.